This Bumble Bee Could Become an Endangered Species 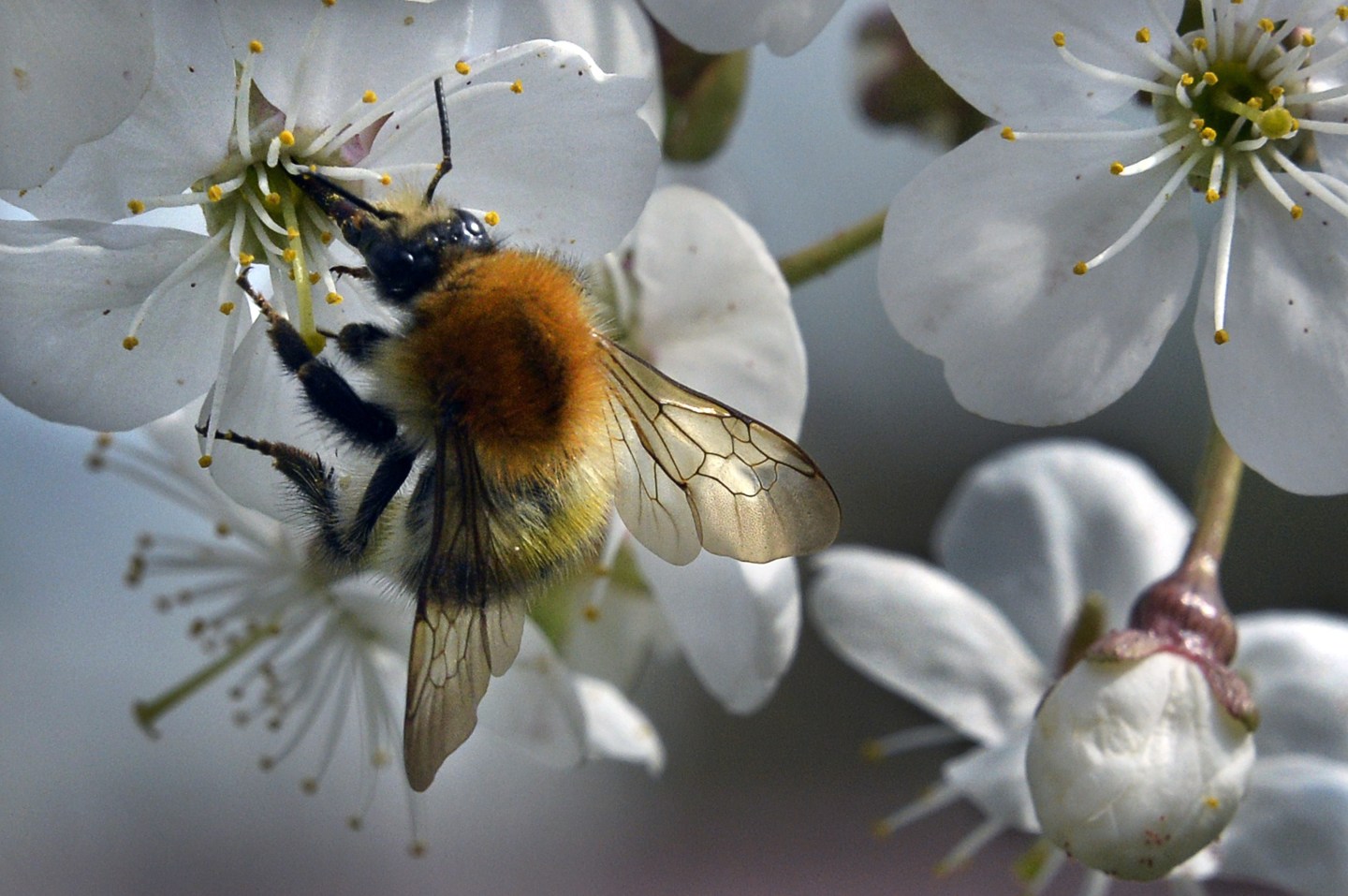 A bumblebee gathers pollen from a flower of cherry in a garden outside Moscow, on May 12, 2015. AFP PHOTO / YURI KADOBNOV (Photo credit should read YURI KADOBNOV/AFP/Getty Images)
Photo by Yuri Kadobnov—AFP via Getty Images

On Wednesday, the U.S. Fish and Wildlife Service proposed the bees be classified as an endangered species—the first wild bee species in the continental U.S. to be formally recommended for federal protection under the U.S. Endangered Species Act, according to Reuters.

The bees, scientifically known as Bombus affinis, are nicknamed for the red blotch on their abdomen. They live in the upper Midwest and Northeastern part of the U.S., but Reuters reported that populations have declined drastically in the past 20 years, decreasing by upwards of 90% since the late 1990s due to disease, pesticides, climate change, and habitat loss.

“[The] Endangered Species Act safeguards are now the only way the bumble bee would have a fighting chance for survival,” Sarina Jepsen, of the Xerces Society for Invertebrate Conservation, told Reuters.

Jepsen predicts this proposal will heat up the debate about neonicotinoid pesticides, which are commonly used in agriculture despite many saying it fuels the declining population of bees. In the U.K., for example, a study published in the journal Nature linked pesticide use to wild bee declines.

Bumble bees are responsible for pollinating about a third of crops in the U.S. and have an estimated economic value to farms of $3.5 billion. Of the 47 varieties native to the U.S. and Canada, about a quarter are in danger of extinction.