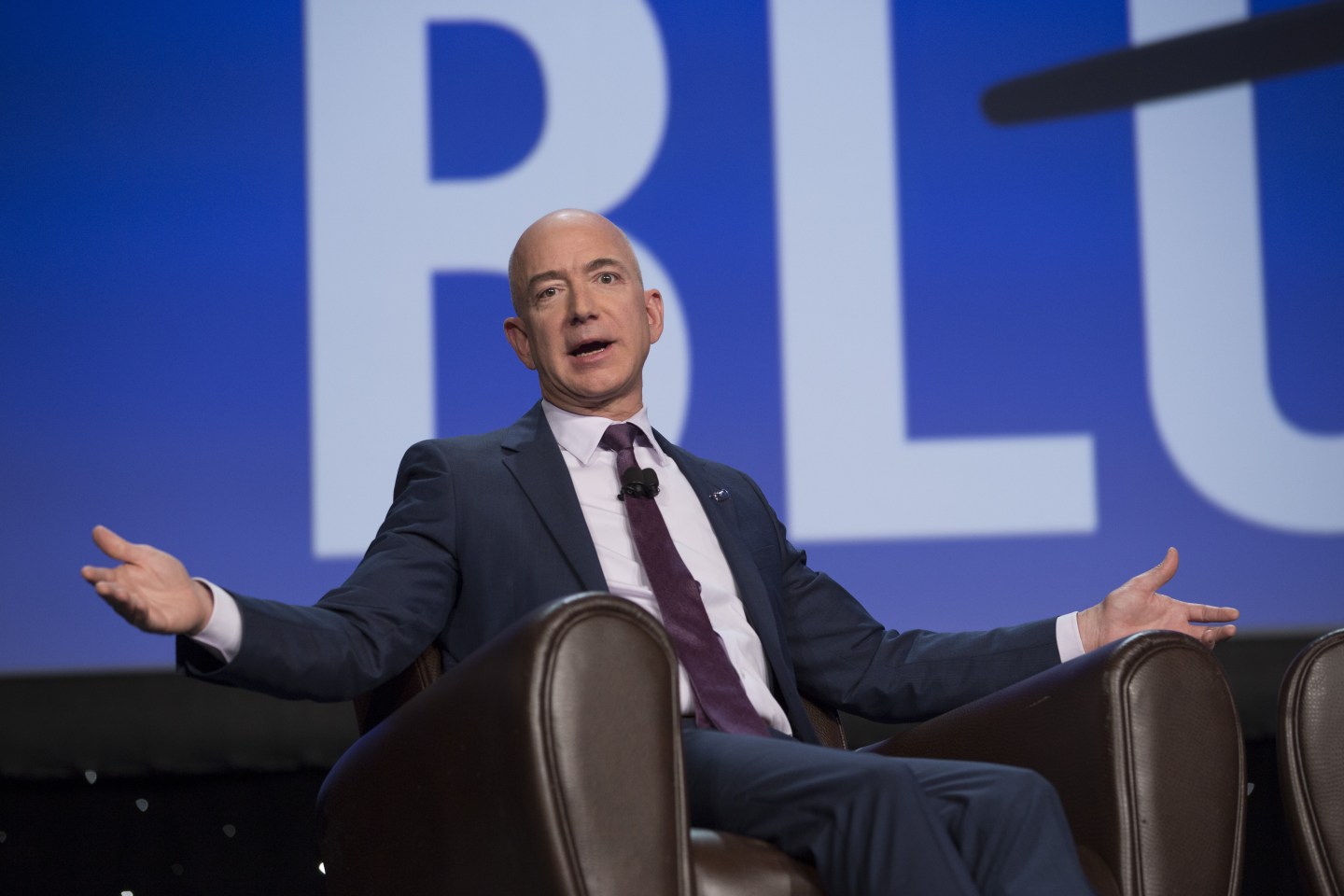 Jeff Bezos, chief executive officer of Amazon.com Inc. and founder of Blue Origin LLC, speaks during the 32nd Space Symposium in Colorado Springs, Colorado, U.S., on Tuesday, April 12, 2016. Commercial space exploration can advance at the fast pace of Internet commerce only if the cost is reduced through advances in reusable rockets, Bezos said. Photographer: Matthew Staver/Bloomberg via Getty Images
Photo by Matthew Staver/Bloomberg via Getty Images

It’s a stock that won’t seem to fall.

This is the first time Amazon’s stock has exceeded $800—a milestone that also bumped CEO Jeff Bezos‘ net worth up by $721.7 million in a single day.

But Amazon has been on a winning streak, rising 19% year-to-date on a series of earnings beats. Amazon’s second quarter earnings report posted a record profit of $857 million. That’s 800% more than it was this time in 2015.

They’ve set their eyes on Amazon’s cloud business as a potential area of future growth, and for good reason: Revenue from the platform jumped 58% in the last quarter.

For its more mature products, Amazon still has legs to expand to new markets such as India. The company said earlier this year that it would invest some $3 billion in the country.

So investors have high expectations for the stock. Amazon’s price-to-earnings ratio—a measure of how much investors expect Amazon to earn in the future—is around 200. For comparison, Apple’s P/E ratio is around 13.37, while Facebook’s comes in around 63.

Bezos, with $69.4 billion to his name, became the world’s third richest man after Berkshire Hathaway (BRK-A) CEO Warren Buffett lost a sizable chunk of his own fortune to the Wells Fargo (WFC) phony account scandal earlier this week.