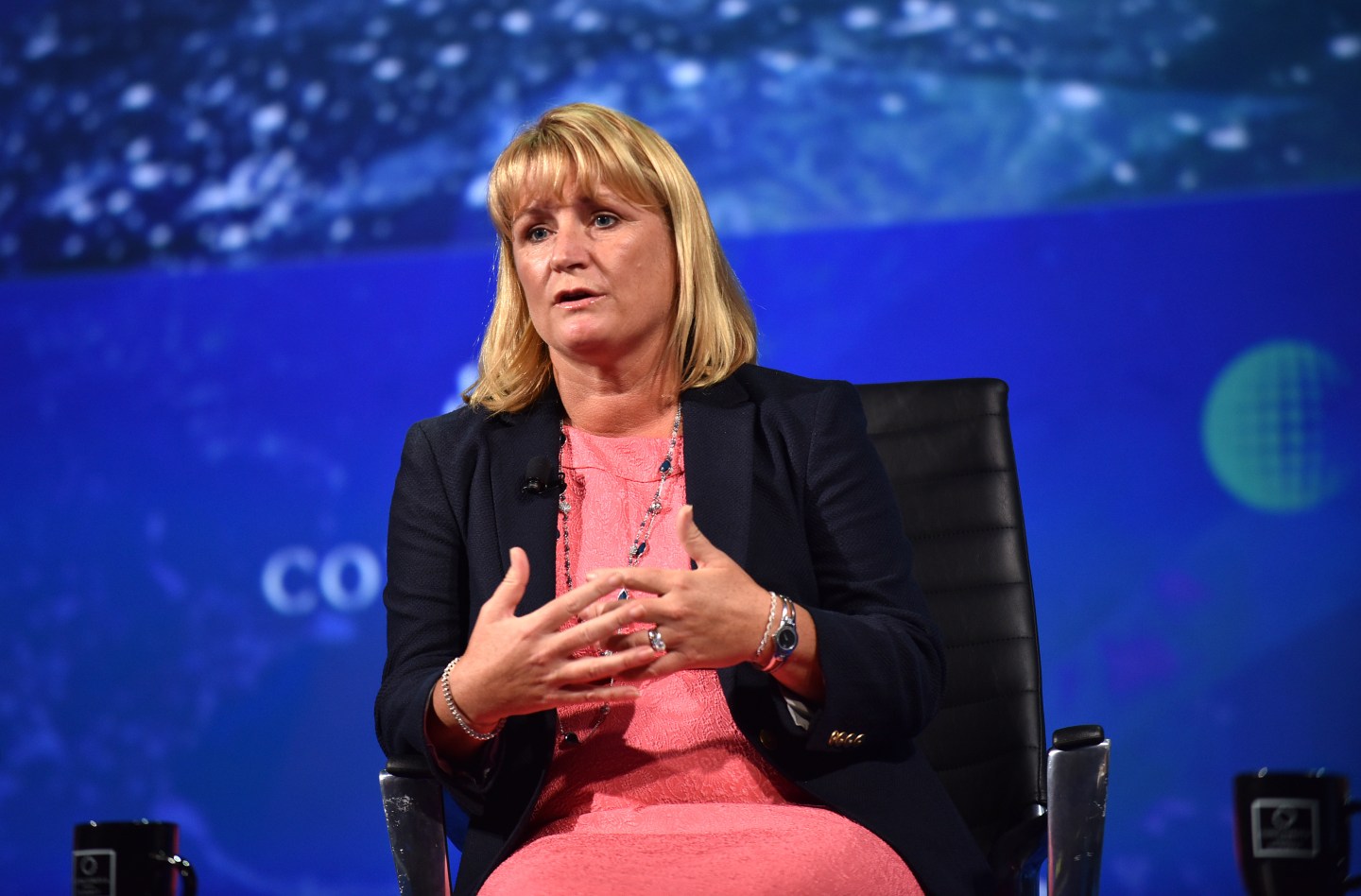 Tracey Massey, president of Mars Chocolate in North America, will leave her office at 3 p.m. to make her daughter’s soccer game, knowing her subordinates were watching.

“Don’t underestimate how many people see you do that,” she said Tuesday during a Concordia Summit panel about women in the C-suite—a term used to collectively refer to women in senior executive roles that start with the letter C, including chief executive officer.

But Massey, who has three children, said she left without guilt. She left as a role model, hoping to set a tone for her employees and shift the company’s culture.

“There’s absolutely no reason why you can’t have a career and a great family,” she said. “In our jobs, you do have authority, so use it.”

While workers often leave late, or don’t leave until after their boss, executives have the power to break this status quo, Massey said.

This advice comes at a time when more and more women are entering the C-suite, and are figuring out how to balance a highly demanding job with an equally demanding family life. Meanwhile, companies such as Amazon are testing out programs, like the 30-hour work week, to help employees achieve that balance.

Other panelists acknowledged it won’t be easy to achieve a healthy work life balance. Valerie Jarrett, a senior advisor to the Obama administration, noted that women especially face a double standard.

If a father leaves early to bring his child to an after school program, he is often perceived as dedicated, whereas a mother who does the same thing is seen as uncommitted to her job, Jarrett said.

But having work and a family shouldn’t be treated as a sin, Jarrett said. Employees who are happy outside of work are also more likely to be productive and motivated in their job. And that means executives in positions of power should use roles to change the company’s culture.