UPS Expands 3D Printing to Stay Ahead of a Threat 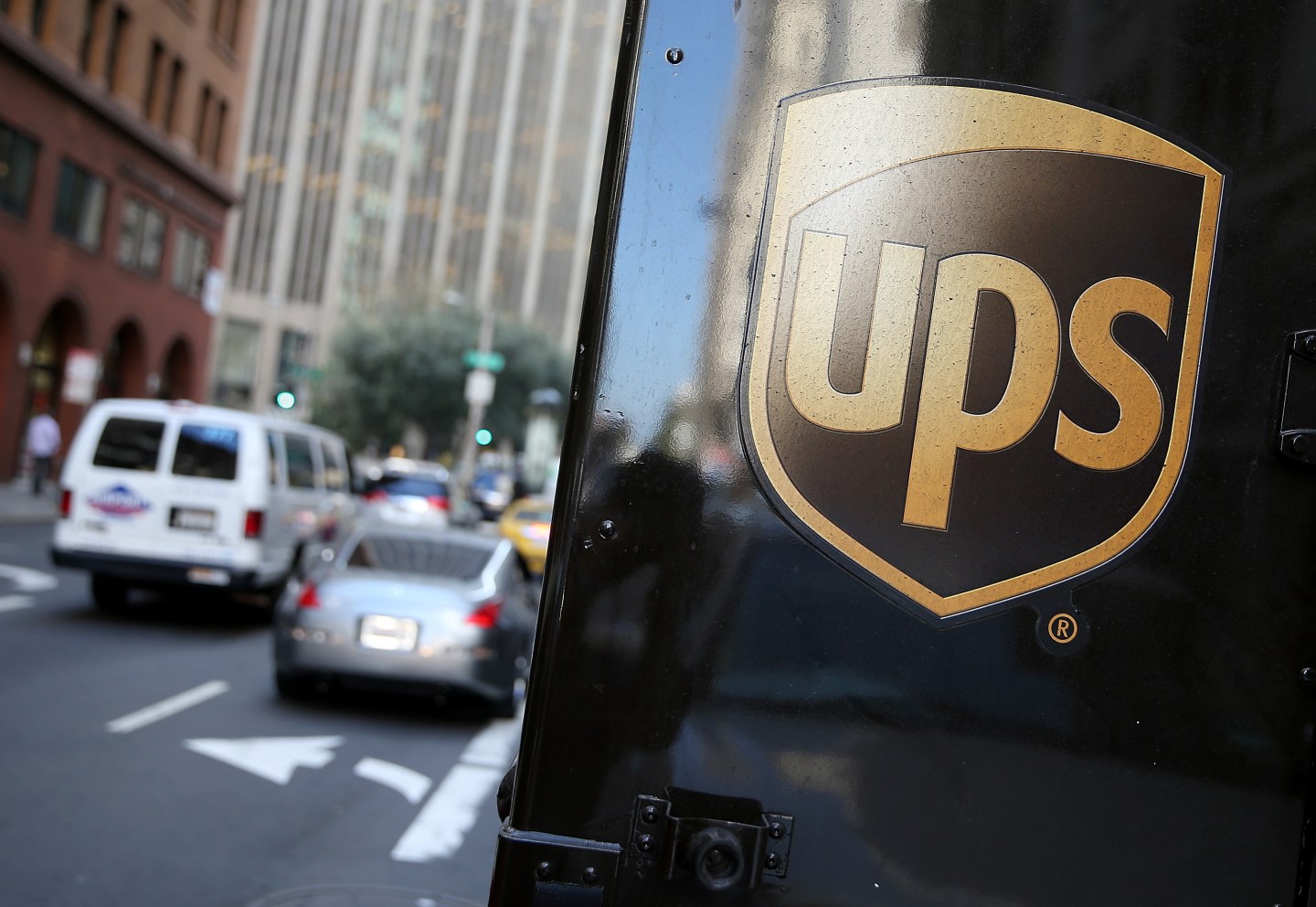 United Parcel Service plans to expand its 3D printing service to Asia and Europe, the U.S. shipping company has told Reuters, in a bid to fully embrace and get ahead of a trend that threatens to eat away a small but lucrative part of its business.

Aside from its main package delivery service, UPS gets an undisclosed portion of its revenue from storing and shipping parts for manufacturers. If those customers were to switch to 3D printing their own parts, that business would face a drastic reduction.

To counter that threat, UPS (UPS) has chosen to get on board the 3D revolution, and is now looking to offer a service in which UPS will print out plastic parts—anything from nozzles to brackets to prototype soap dispensers or multifaceted moving parts—around the world and deliver them.

“3D printing is a great opportunity for us, but it’s also a threat,” Alan Amling, UPS vice president for corporate strategy, told Reuters.

The dynamic—welcoming rather than fighting a threatening new technology—is not unlike automakers such as Toyota and Volkswagen teaming up with ride-hailing services Uber and Gett, respectively.

Amling said UPS is looking at either Singapore or Japan for an Asian 3D printing factory. He did not say where the company might open a European facility, though UPS’s operational hub in Europe is in Cologne, Germany.

UPS has already got into the business in its home market. In May, it launched a U.S.-based 3D printing service with Fast Radius, a 3D printing company based outside Atlanta, where UPS is headquartered. UPS bought an unspecified stake in Fast Radius, which has a 3D printing factory at UPS’s Louisville, Ky., hub.

There are also now 3D printers at 60 UPS stores in the United States that print parts using industrial-grade thermoplastics. Customers can upload images for printing at the Fast Radius factory or at one of those UPS stores and have the printed products shipped to any location.

A 3D printer works by laying down successive levels of material, mostly plastics at this point, to create an object. Quality printers that make metal parts cost over $500,000, while printers that use thermoplastics can cost tens of thousands of dollars. Prices are expected to come down as the technology advances.

While 3D printing is still slow compared with high-speed production lines, the technology has progressed so it can be used effectively for prototypes or some components that are not needed in high volumes. Larger firms such as General Electric are incorporating 3D-printed parts into production.

That progress is a mixed blessing for UPS. As the cost of 3D printers drops and processes improve, that could undermine UPS’s efforts to develop 3D printing as a service—because customers could buy just buy their own printers.

“Why wait a day for a part to arrive (from UPS) when you’ll be able to innovate six times a day on your own?” said Richard D’Aveni, a professor of strategy at the Tuck School of Business at Dartmouth College.

What Fast Radius calls its “digital manufacturing factory” is a quiet operation occupying space in a corner of the UPS building in Louisville, without any of the grime, noise, or bustle associated with a standard factory.

Instead, a handful of machines work noiselessly, printing parts of varying sizes and shapes. During a recent visit to the operation by Reuters, Fast Radius CEO Rick Smith said that because of 3D printing, manufacturing is about to transform from “being about where it’s made to where it’s needed.”

One of the printers was close to completing a black plastic prototype hydraulic pump for a manufacturing customer in Germany—a process that takes about 72 hours. Smith said the job illustrates the need for UPS to expand its service beyond the United States.

Another customer, action camera maker GoPro, is making use of Fast Radius’ printers, coupled with UPS’s ability to deliver a prototype the next day.

Previously, if GoPro wanted to try out new designs, it would take weeks or even months to make a mock-up, senior GoPro product designer Ryan Harrison said. Now the company can innovate much quicker.

“3D printing allows you to fail quicker or to stumble on moments of genius,” Harrison said.

UPS does not break out how much it makes from its supply chain services, including warehouse storage. But in 2015 it reported about $6 billion in “forwarding and logistics” revenue, or about 10% of its total sales. An unknown portion of that came from its warehousing operations.

UPS’s biggest rival, FedEx, is less focused on supply-chain services and has not dipped into 3D printing. But if UPS succeeds, analysts said, FedEx could follow suit. The company declined to comment on 3D printing.

German competitor DHL, a unit of Deutsche Post, issued a report earlier this year warning the technology could upend traditional mass-production manufacturing, in which goods are shipped around the world.

UPS’s foray into 3D printing is not its first experiment in other disruptive industries. In October 2015, it invested in drone maker CyPhy Works, and this February bought a stake in same-day delivery company Deliv—in both instances to understand and harness potentially industry-shaking technologies.

Morningstar analyst Keith Schoonmaker said while 3D printing has not yet proved itself on a mass scale, it makes sense for UPS to incorporate a technology “that could supplement or replace its services.”