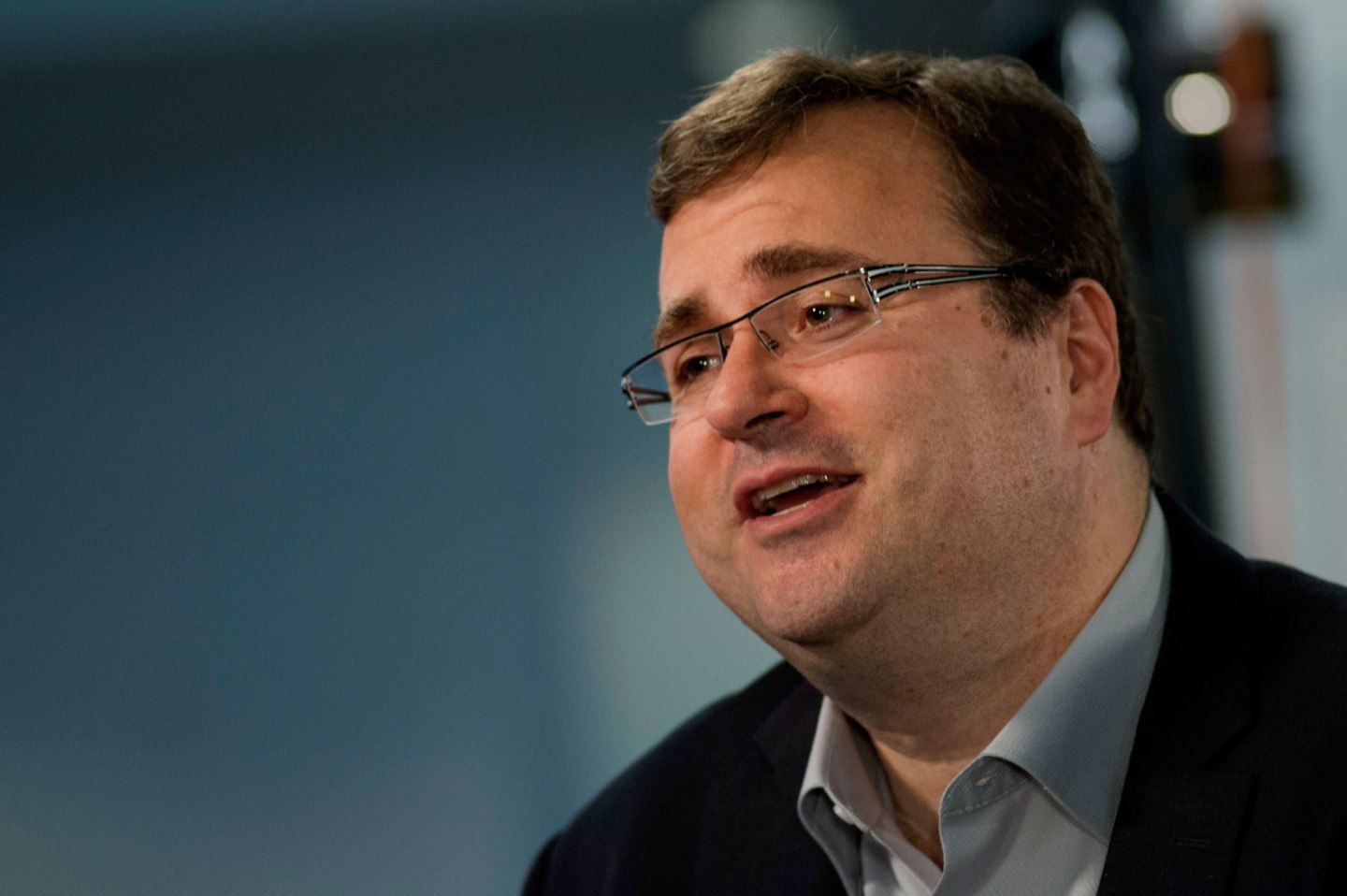 Reid Hoffman, chairman and co-founder of LinkedIn Corp., speaks during a Bloomberg Television interview in Sunnyvale, California, U.S., on Thursday, June 12, 2014. LinkedIn announced last week that users will soon have more design license over their profile pages, with the option of adding stock images or a custom backdrop - similar to what's already available on Facebook and Twitter. Photographer: David Paul Morris/Bloomberg via Getty Images
Photograph by David Paul Morris/Bloomberg—Getty Images

Earlier this week, Hoffman pledged to support a crowd-funding campaign for veterans if Trump releases his tax returns. He later said a Trump presidency would have a terrifying effect on domestic and foreign policy. And now he’s coming out with a card game: “Trumped Up Cards: The World’s Biggest Dek.”

Not unlike the popular (and crass) Cards Against Humanity, “Trumped Up Cards” is a multi-player game “where players need really big hands to win,” according to USA Today. Hoffman said in a Medium post that it was inspired by the likes of The Daily Show and Last Week Tonight with John Oliver.

All profits from the game, which costs $20.16, will “go to charities that are already working to keep America great.”