No One Knows How Big the Gig Economy Really Is 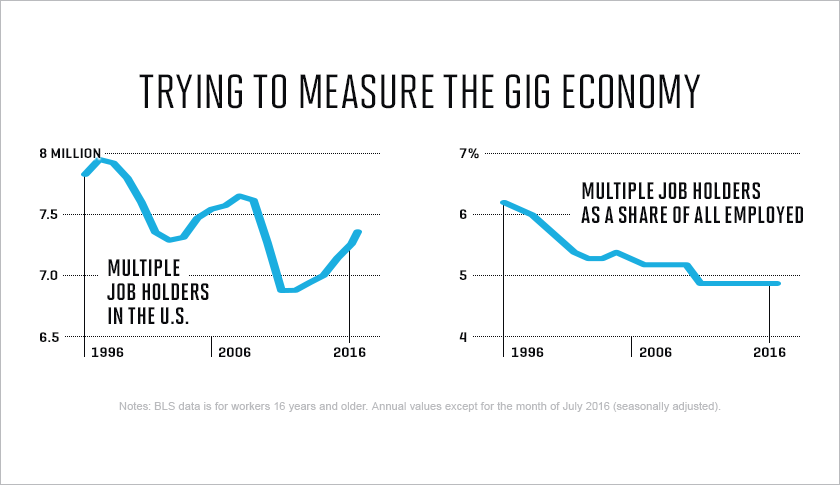 In the era of Uber, Lyft, Postmates, and TaskRabbit, tens of millions of us, particularly millennials, were supposed to be living in a gig economy by now. How’s that working out? Depends on which numbers you look at.

The number of people who say they hold multiple jobs has declined as a share of total workers over the past decade. That seems to belie the ascendance of gig work. But not all freelancers consider their side hustles additional jobs, Harvard’s Lawrence Katz and Princeton’s Alan Krueger have pointed out, making gig economy work somewhat inscrutable.

Some clarification may be on the way: This summer the Commerce Department proposed a new definition for “digital matching firms,” including Uber, Etsy eBay (EBAY), and more. The first step toward understanding the new work world will be finding out how different it really is from the old one.

A version of this article appears in the September 15, 2016 issue of Fortune with the headline “Making Sense of the New World of Work.”