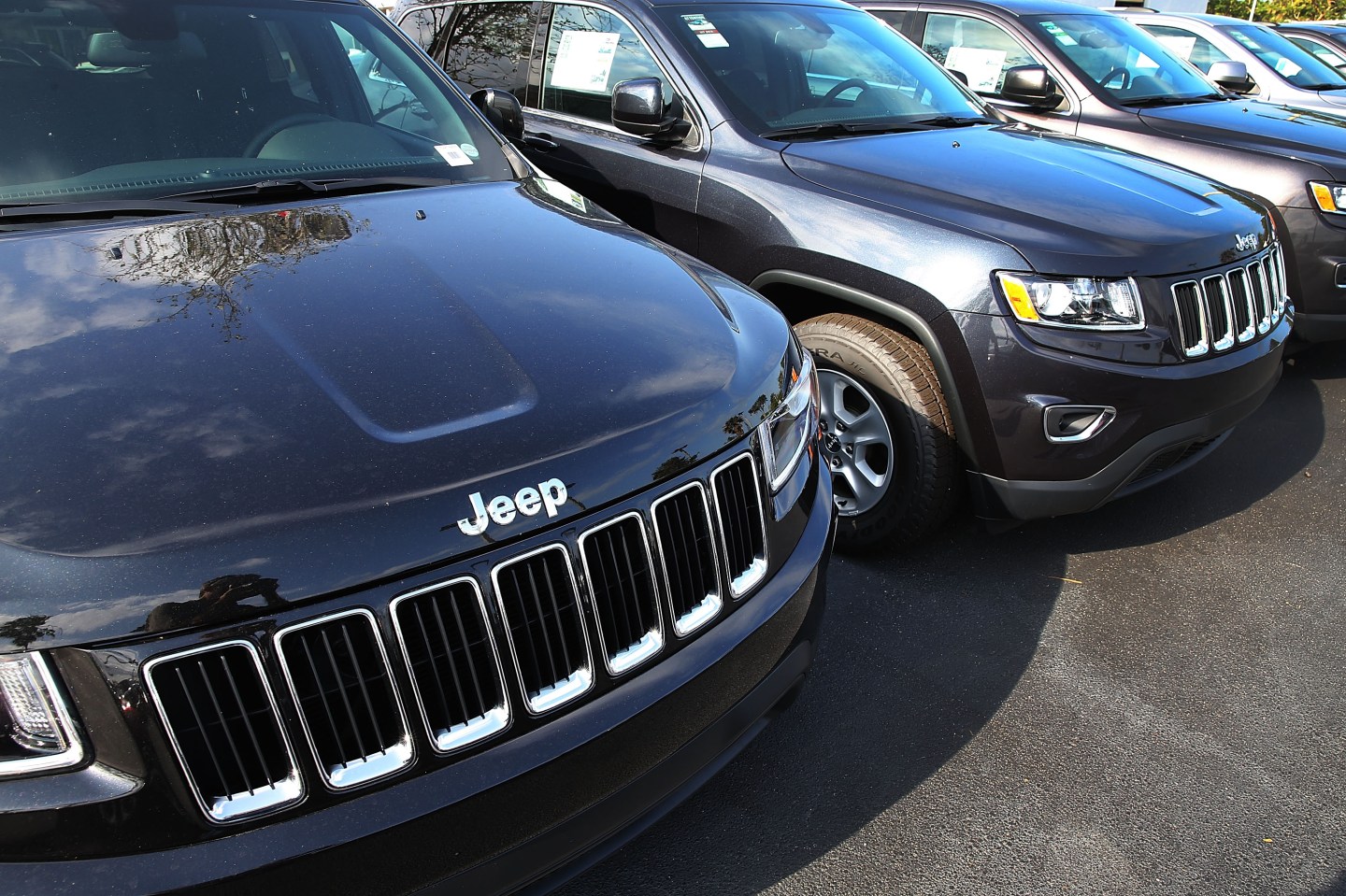 MIAMI, FL - APRIL 22: 2015 Jeep Grand Cherokee vehicles are seen on a sales lot as Fiat Chrysler Automobiles announced that it is recalling more than 1.1 million cars and SUVs worldwide because the vehicles may roll away after drivers exit the vehicles on April 22, 2016 in Miami, Florida. The recall covers the 2012-2014 Dodge Charger and Chrysler 300 sedans and 2014-2015 Jeep Grand Cherokee sport utility vehicles.
Photograph by Joe Raedle — Getty Images

Fiat Chrysler Automobiles said on Thursday it is recalling 1.9 million vehicles worldwide for an air bag defect that is linked to three deaths and five injuries.

The recall is to resolve a defect that may prevent deployment of air bags and seat-belt pretensioners in some crashes. The recall includes models sold between 2010 and 2014, including the Chrysler Sebring, 200, Dodge Caliber, Avenger, Jeep Patriot and Compass SUVs.

The recall is the latest in a series affecting tens of millions of the devices for a series of problems.

Last week, General Motors (GM) said it would recall nearly 4.3 million vehicles worldwide due to a software defect that can prevent air bags from deploying during a crash, a flaw already linked to one death and three injuries. That defect is similar but not identical to the Fiat Chrysler (FCAU) issue.

Fiat Chrysler said the issue occurred when vehicles equipped with a particular occupant restraint control module and front impact sensor wiring of a specific design are involved in certain collisions.

GM said in its recall that the sensing and diagnostic module that controls air bag deployment has a software defect that may prevent frontal air bags from deploying in certain “rare circumstances.”

Fiat Chrysler said it no longer uses the occupant restraint controllers or wire routing design. The notice did not say when it will begin recall repairs.