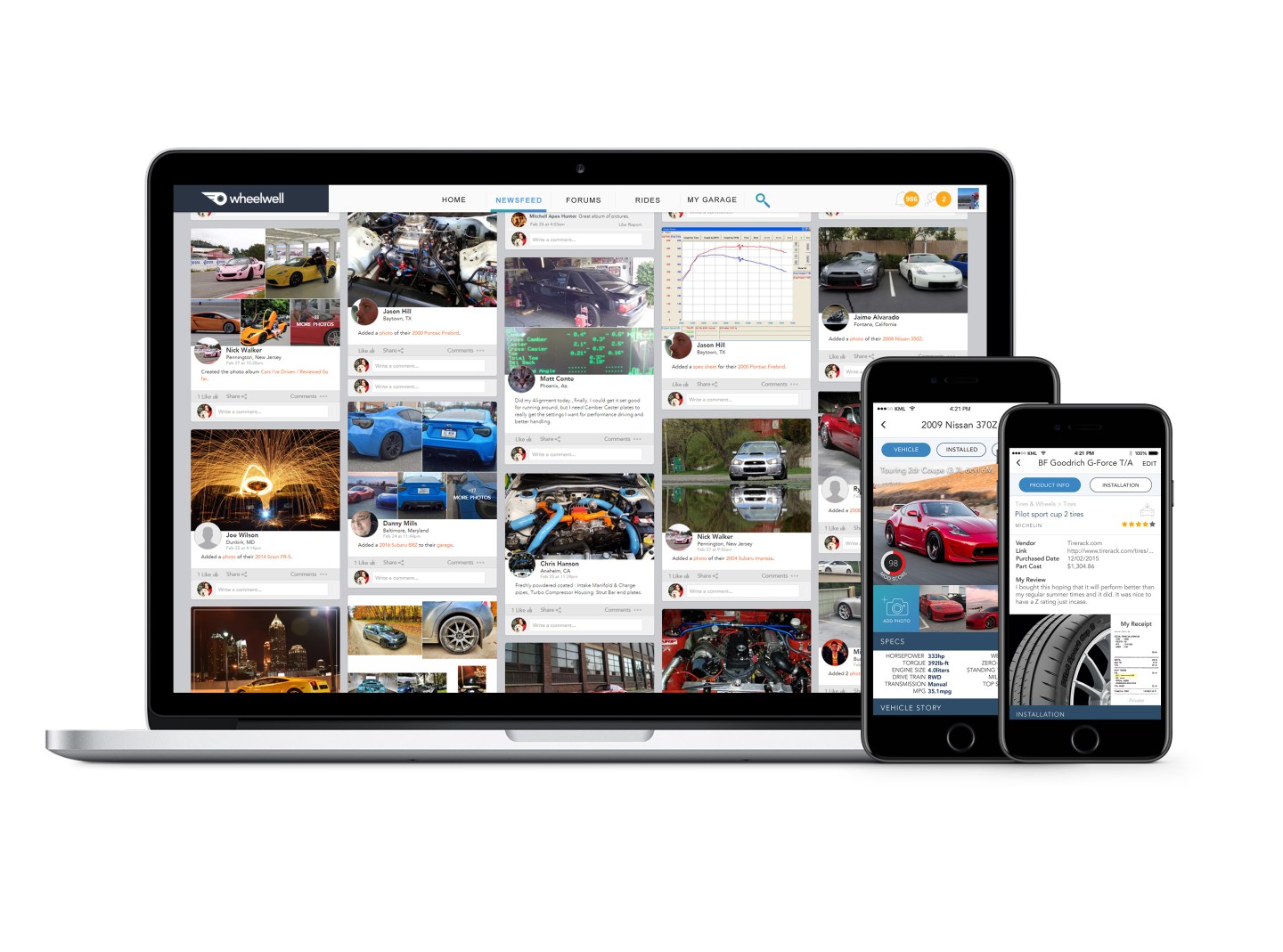 New and used auto parts and accessories is a booming business that accounted for $40 billion in sales last year. The market is so big, in fact, that a group of entrepreneurs believes that there’s plenty of room for yet another online competitor in the industry.

That startup is Wheelwell, an online marketplace for buying and selling car parts, which launched earlier this year.

The site’s co-founder and CEO, Michael Gonzales, explains that the site is foremost a community for car enthusiast to find inspiration and in building different types of cars. Visitors can also shop for parts that are listed for sale, but only those listed on third-party sites like eBay and Amazon.

Gonzales likened Wheelwell to Houzz, a web site for people to look for home design ideas and to buy home furnishings. Pinterest also has a similar appeal, but for a broad number of categories, including fashion, travel, food and more.

Visitors to Wheelwell will be able to see hundreds of types of cars along with the parts and accessories used to build them. Users can add and share details about their own cars.

“We think we have the single largest source of user-generated content for car enthusiasts,” said Gonzales, who described the alternative as sharing details about cars in online forums that lack many of the design features of Wheelwell.

Wheelwell collects an affiliate fee from third party sites for displaying their listings for parts. Gonzales declined to reveal Wheelwell’s revenue. The company has raised $2 million in funding from GGV Capital.

Wheelwell is tackling an industry that is already filled with a number of competitors. EBay’s web-based used and new car emporium, eBay Motors, for example, has a growing business.. Meanwhile, Amazon recently debuted a new site for researching, reviewing, and buying auto parts.