The 2017 Fortune Global Forum Will Be Held in Guangzhou, China 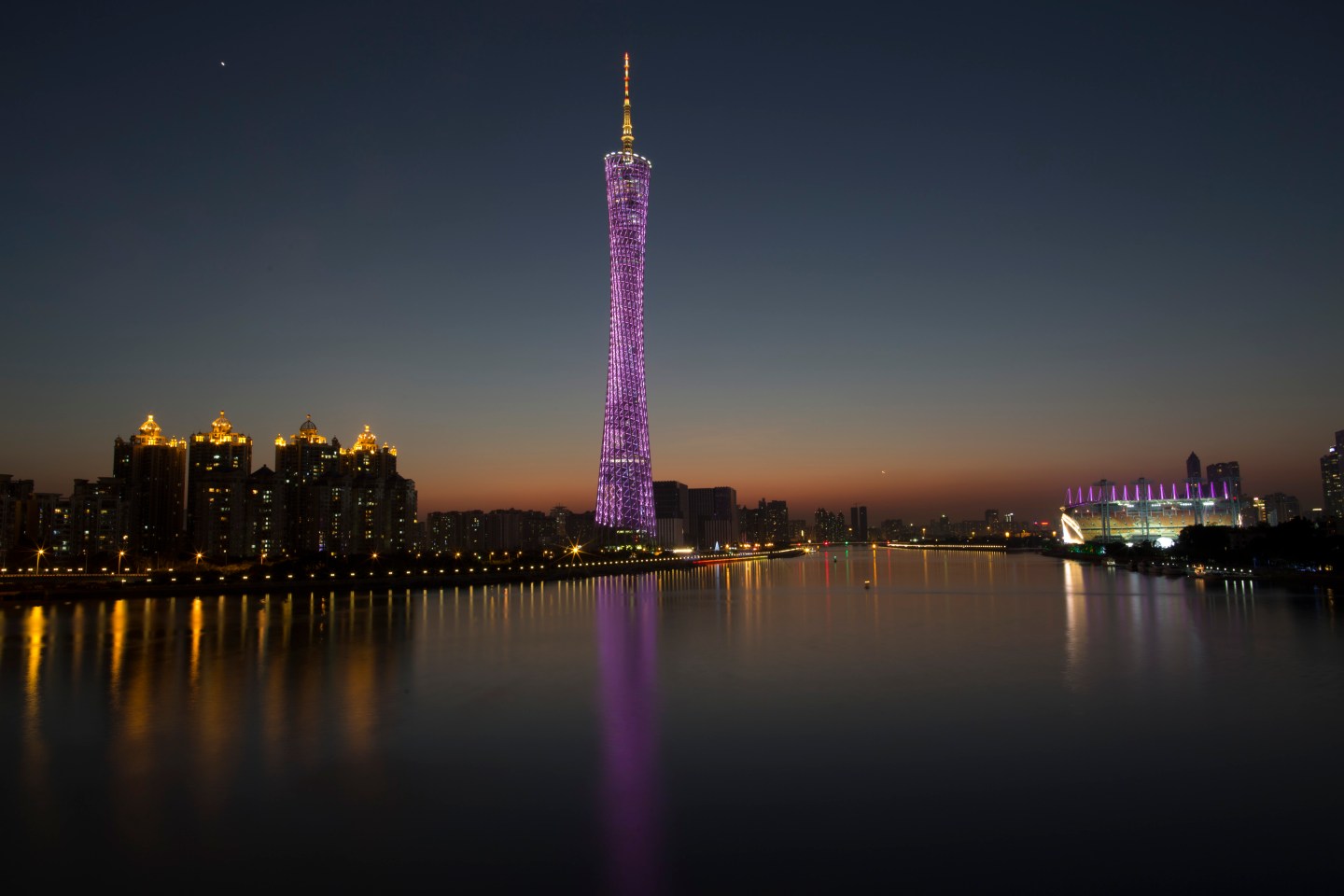 The Canton Tower stands illuminated at dusk along the Pearl River in Guangzhou, China, on Friday, Nov. 29, 2013. China's government may set its 2014 growth target at 7 percent, the Economic Information Daily reported on Dec. 3, citing the State Information Center. This compares with a goal of 7.5 percent for this year. Photographer: Brent Lewin/Bloomberg via Getty Images
Brent Lewin/Bloomberg via Getty Images

The event, which will be held in late November or early December of next year, marks the fifth Fortune Global Forum held in China, presenting a chance for chiefs of the world’s largest companies—the Fortune Global 500—to actively engage with world leaders on the forefront of international commerce.

Fortune cited several reasons for its selection of Guangzhou as next year’s host city, noting its role as the capital of Guangdong—a historically vibrant hub for free trade and innovation investment, and China’s most populous province—as well as its strategic importance to many Fortune Global 500 companies, more than half of which have already made investments or set up operations in Guangzhou.

“Guangzhou, China’s Southern gateway to the world, is the ideal location for the 2017 Fortune Global Forum. As a center of international trade for many centuries, Guangzhou is both a renowned symbol and a modern manifestation of China’s participation in global commerce,” Murray said.

“At a time when globalization is under attack, we believe the Guangzhou forum will be a powerful demonstration of the importance of global commerce and the profound change that technology is bringing to global business,” he added.

Cai Chaolin, vice mayor of the People’s Government of Guangzhou Municipality, said officials “will work closely with Fortune to make the Fortune Global Forum 2017 a perfect platform for brainstorming ideas and for developing mutually beneficial partnerships and cooperation.”

“Choosing our city to host the 2017 Fortune Global Forum is a recognition of Guangzhou’s distinctive progress and promise as a hub of globalization and international exchanges,” said Cai.

At the 2013 Fortune Global Forum, hosted in Chengdu, the government announced that the city had signed 74 investment projects with Fortune Global 500 companies from both China and around the world during the event, reaching an investment of 112 billion yuan (US $18.3 billion). President Xi Jinping called the gathering “one of the most influential forums on economic development in the world.”