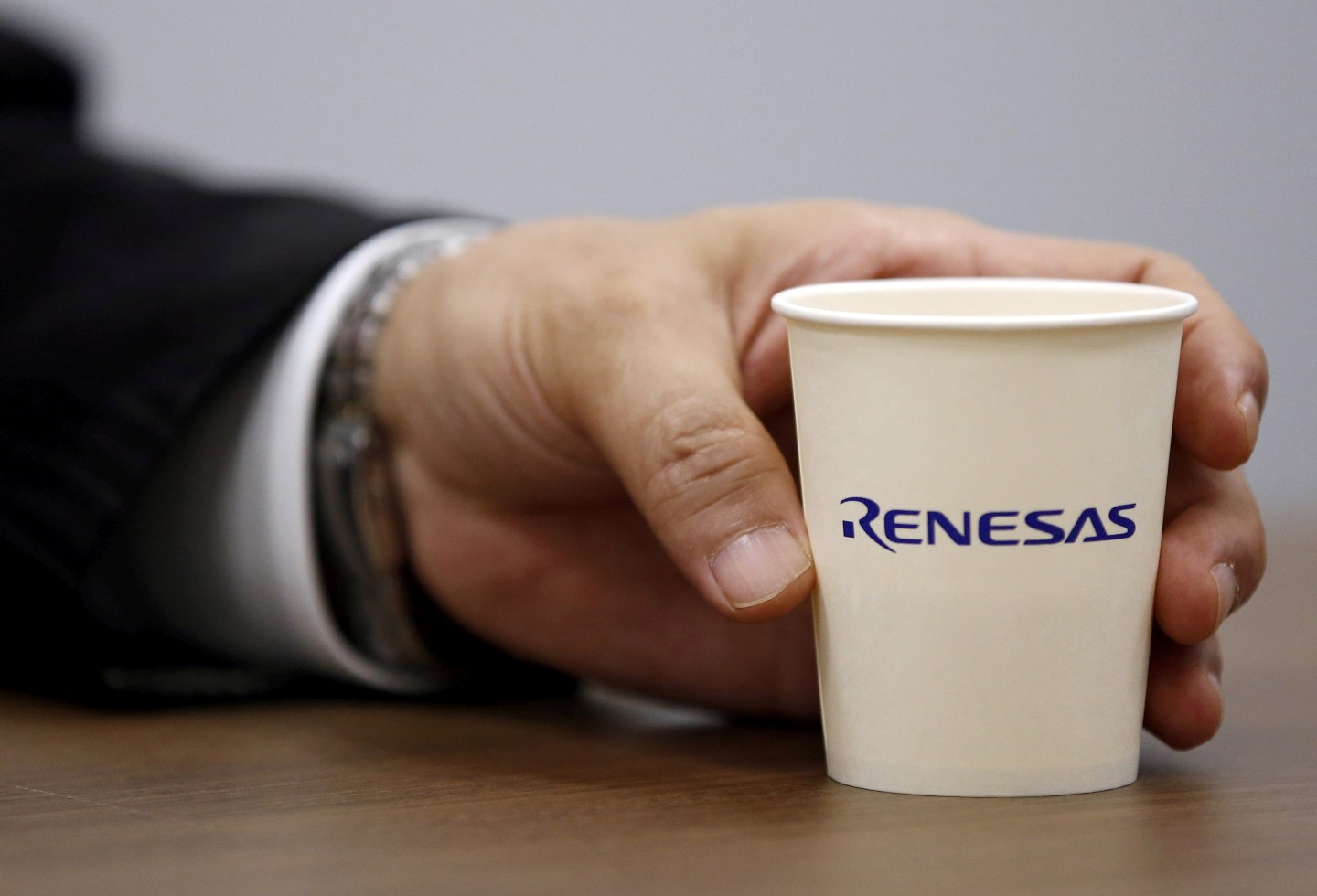 (Reuters) – Japan’s Renesas Electronics said on Tuesday it will buy U.S. chipmaker Intersil for $3.22 billion amid a wave of consolidation in the global semiconductor industry.

Renesas, which controls nearly 40% of the global market for microcontroller chips used in automobiles, aims to complete the cash transaction by June 2017 to fully control the Milpitas, Calif.-based company, it said.

Slowing growth in computers and smartphones – the traditional mainstays of the industry – has fuelled a wave of mergers globally for scale, with chipmakers turning to areas such as auto electronics for sales growth.

At the end of last year, Tokyo-based Renesas was the world’s third-largest chipmaker by market share, with 9.1 percent, data from technology research firm Gartner showed.

The company said it planned to use cash on hand for the acquisition.

Intersil, whose chips are used in industrial, mobile and infrastructure applications, would expand Renesas’ portfolio in analogue chips, which process signals such as sound, light and temperature before converting them into digital signals.

San Jose, Calif.-based Maxim has been on the hunt for a deal for some time, according to the sources. The company could therefore be at the centre of further consolidation in the still-fragmented market for analogue chips, they said.

Maxim officials could not immediately be reached for comment.

The Nikkei business daily first reported in August on Intersil’s talks with Renesas.