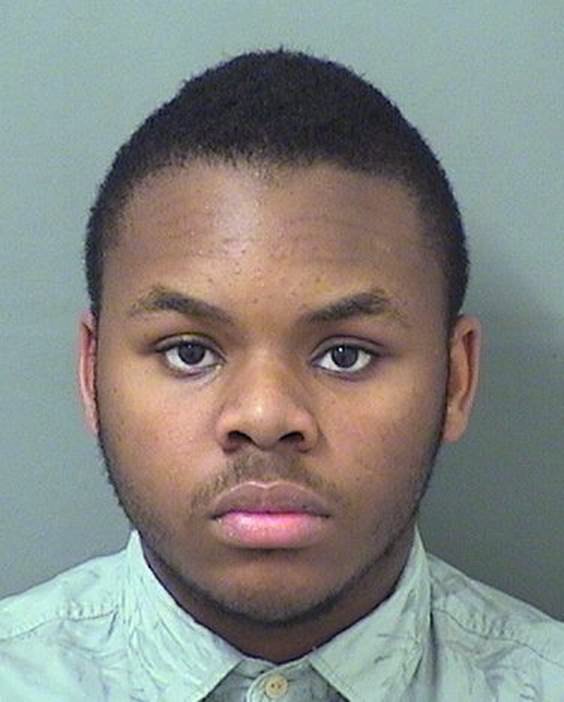 FILE - This undated file photo provided by the Palm Beach County Sheriff's Department shows Malachi Love-Robinson, who has been released on bail after being charged with impersonating a doctor. Judge Joseph Marx ordered the teenager accused of being a fake doctor to take a mental health exam after new charges accusing him of stealing over $34,000 from an 86-year-old patient were filed. Judge ordered Wednesday, March 2, 2016, that Love-Robinson could be released provided he undergoes the examination by Friday. (Palm Beach County Sheriff's Office via AP, File)
Uncredited AP

A Florida teenager who was arrested earlier this year, first for posing as a doctor and then for theft and fraud, found himself in legal trouble again on Friday when police said he tried to fraudulently apply for a car loan.

Malachi Love-Robinson, 19, was arrested on Friday after attempting to purchase a Jaguar at a car dealership in Virginia, the Associated Press reported, citing Stafford County Sheriff’s officials. He was charged with identity theft and other fraud offenses.

The SEC Just Charged 71 Cities and States With Fraud

Love-Robinson first made headlines in February, when he was accused of posing as a licensed doctor and opening his own medical center in West Palm Beach, Fla.

More recently, he was arrested in August, accused of writing a bad check for a down payment on a car in Palm Beach. He was charged with larceny and fraud and was released after posting an $8,000 bail.

Love-Robinson has denied all the charges and is now being held in the Rappahannock Regional Jail in Stafford, Va., while officials continue to investigate the latest incident, the AP reported.