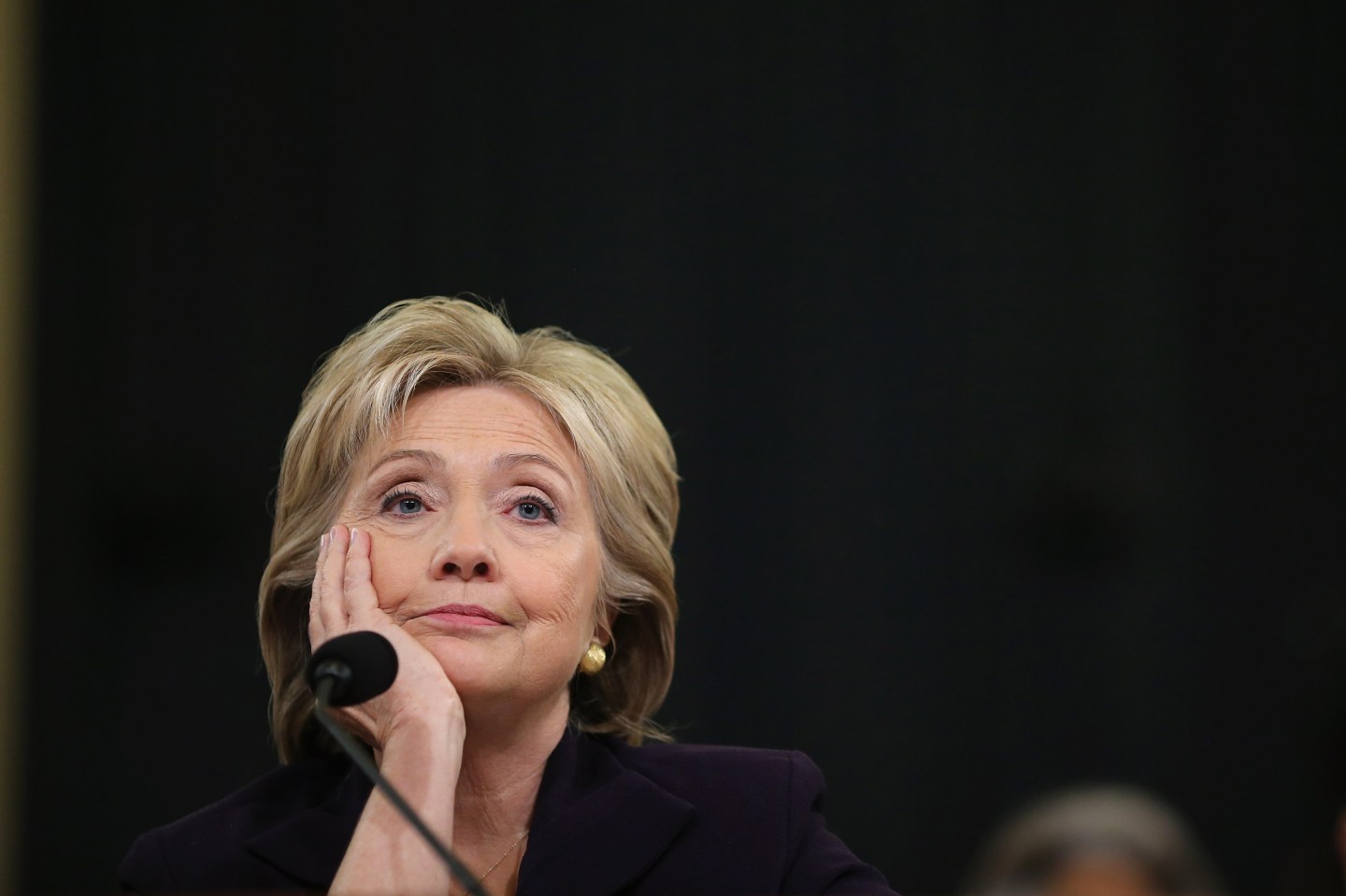 Democratic presidential nominee Hillary Clinton said on Friday that half the supporters of her Republican rival Donald Trump belonged in a “basket of deplorables” made up of people who were racist, homophobic, sexist, xenophobic, or Islamophobic.

Speaking at an evening fundraiser in New York, the former U.S. secretary of state said Trump had given voice to hateful rhetoric from such individuals through his behavior as a candidate for the White House.

“To just be grossly generalistic, you can put half of Trump’s supporters into what I call the ‘basket of deplorables,'” Clinton said. “Unfortunately there are people like that. And he has lifted them up.”

Some of those people were irredeemable, she said, but they did not represent America.

The other basket of Trump’s supporters constituted individuals desperate for change who felt let down by the government and the economy, Clinton added.

“They don’t buy everything he says, but he seems to hold out some hope that their lives will be different,” Clinton said. “Those are people we have to understand and empathize with, as well.”

Clinton’s comments drew a rebuke from Kellyanne Conway, the campaign manager of the Republican nominee, who said in a message on Twitter that Clinton had insulted millions of Americans.

Many of Clinton’s fundraisers have been closed to the media, but her Friday remarks, preceding a performance by singer Barbra Streisand, were open to journalists.

“What’s truly deplorable isn’t just that Hillary Clinton made an inexcusable mistake in front of wealthy donors and reporters happened to be around to catch it, it’s that Clinton revealed just how little she thinks of the hard-working men and women of America,” Trump senior communications adviser Jason Miller said in a statement.

Clinton spokesman Nick Merrill noted a previous speech in which she accused Trump of embracing a brand of U.S. political conservatism associated with white nationalism and nativism known as the “alt right” movement.

“Obviously not everyone supporting Trump is part of the alt right, but alt right leaders are with Trump,” Merrill said on Twitter. “And their supporters appear to make up half his crowd, when you observe the tone of his events.”

Clinton’s comments were followed by a concert by Streisand, who performed a version of the Stephen Sondheim song “Send in the Clowns” that parodied the New York businessman.