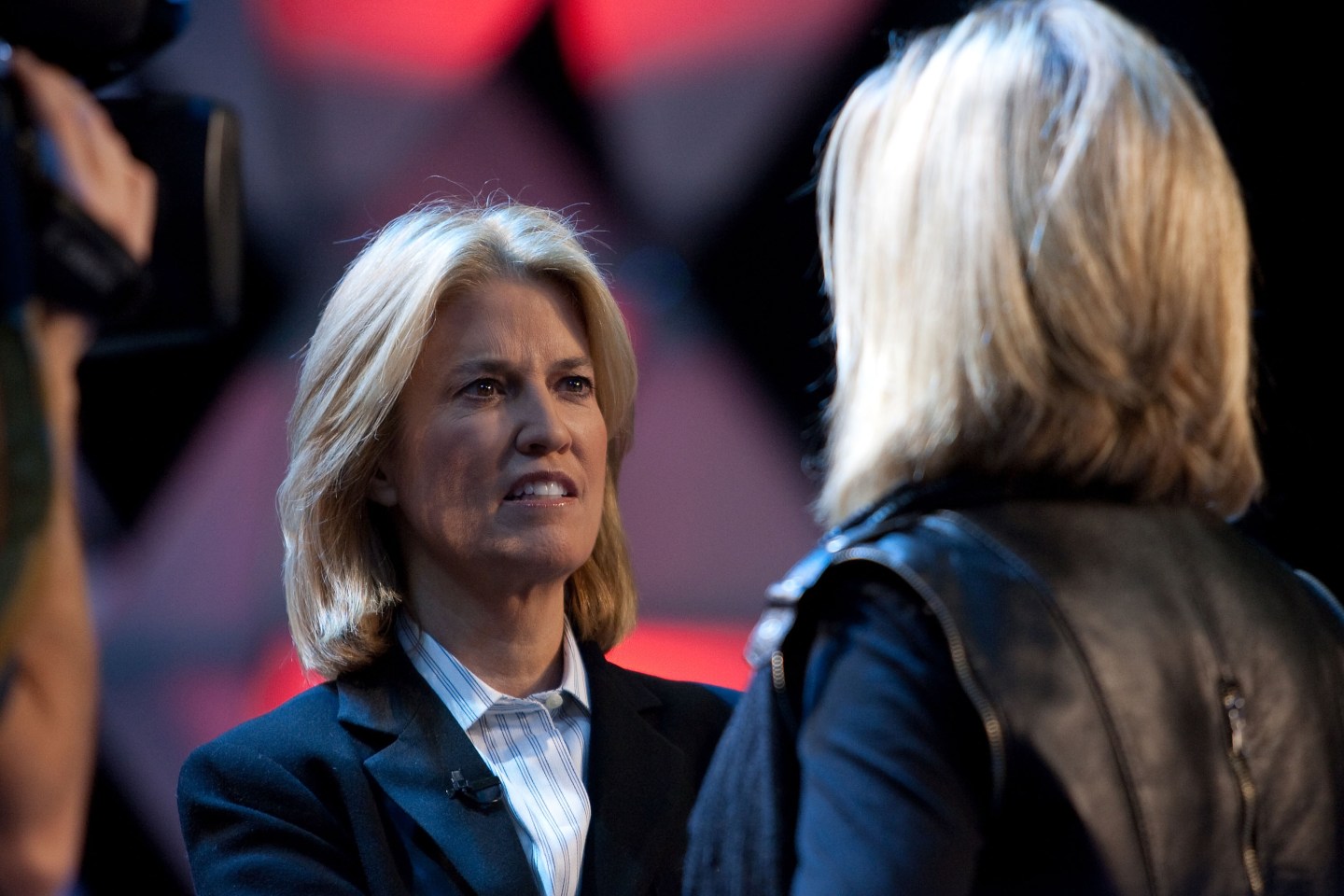 In a Facebook post on Friday afternoon, Van Susteren—who had previously slammed Carlson as a “disgruntled employee”—also took a dig at Fox executives for failing to supervise Ailes, who served as Fox News CEO for two decades.

In her Friday Facebook post, Van Susteren echoed the sentiments of correspondent Geraldo Rivera, who publicly apologized to Carlson for “stubbornly discounting” the allegations from Carlson and other Ailes accusers. (Rivera also noted that his support for Ailes seems to have cost him a book deal, after HarperCollins reportedly declined to publish his memoir.)

“We all regret it,” Van Susteren wrote, adding that her initial disbelief of Carlson’s claims was a result of the accusations in Carlson’s lawsuit being “inconsistent” with Van Susteren’s own experiences at Fox News under Ailes.

In announcing its settlement, Fox also issued a rare apology to Carlson. Ailes was forced to resign from Fox News last month amid the fallout from Carlson’s lawsuit and an investigation conducted by parent company 21st Century Fox into a string of sexual harassment allegations from current and former network employees. He reportedly received a $40 million pay out.

Van Susteren also took to Facebook earlier this week to announce her departure from Fox News after more than a decade with the conservative news network, writing at the time that “Fox has not felt like home to me for a few years and I took advantage of the clause in my contract which allows me to leave now.”

Van Susteren and Rivera, along with other high-profile figures at Fox News such as Bill O’Reilly and Neil Cavuto, publicly threw their support behind Ailes soon after Carlson filed her sexual harassment lawsuit in early-July. It has been reported that Van Susteren’s contract allowed her to renegotiate her deal in the event that Ailes left the network. Van Susteren ultimately decided to leave Fox News when a new deal could not be reached.