Pier 1 Says Its CEO Will Step Down 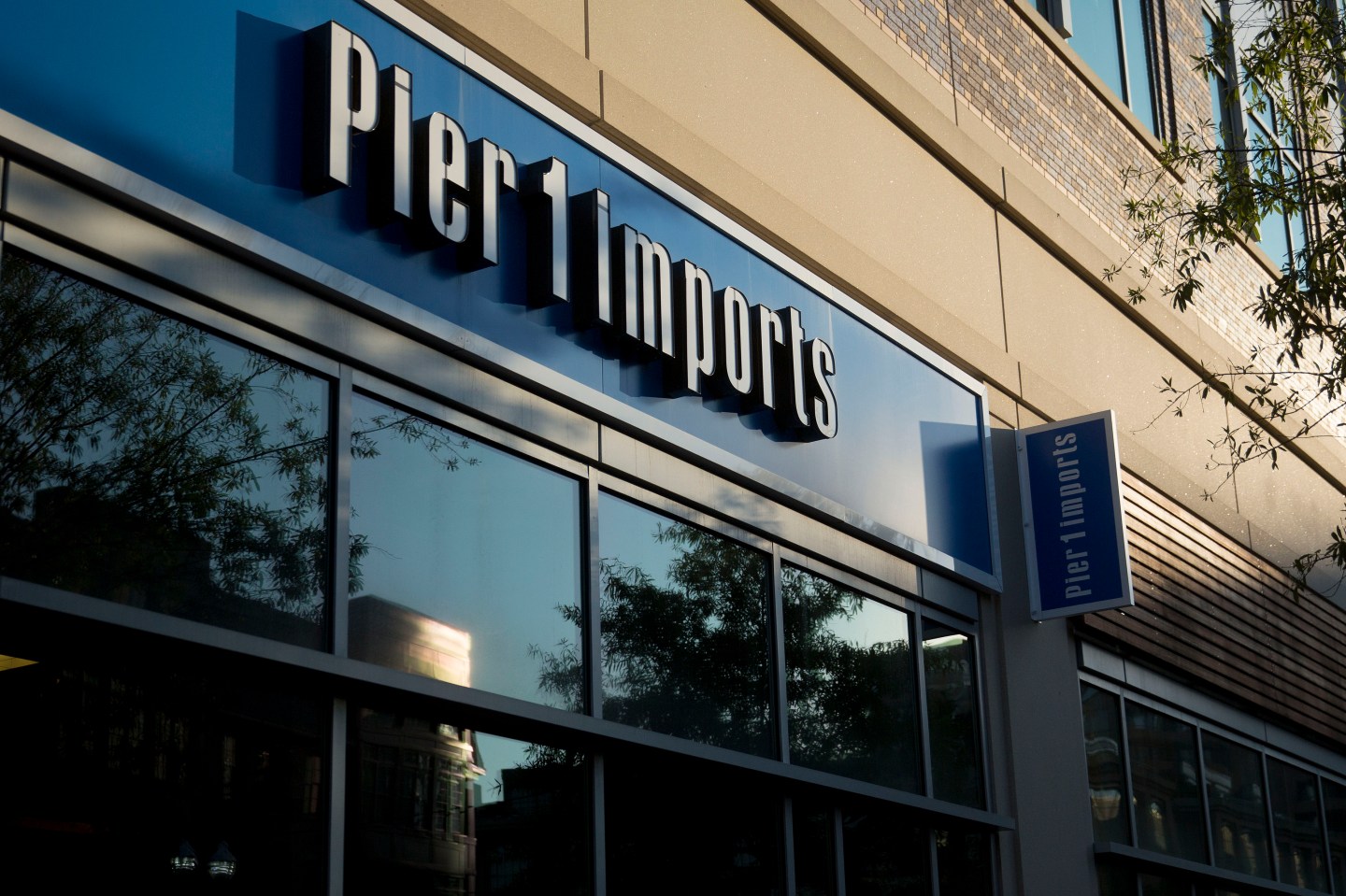 Smith is set to leave in December. In a prepared statement, chairman Terry London said the CEO led a “remarkable turnaround of the business” from 2009-2013, and he noted Smith’s effort in transforming the company from a “pure brick-and-mortar business to establish the competitive omni-channel platform we have in place today.”

Still, the news of Smith’s departure accompanies a separate announcement that second-quarter sales dropped 6.7%. Comparable-store sales, which included e-commerce, were also down 4.3% compared to the same time last year.

Texas-based Pier 1 is expecting a total second-quarter loss in the range of 5 cents to 6 cents a share, excluding one-time items related to Smith’s departure. (Full results will be released later this month, the company said.)

As a result, Credit Suisse analyst Seth Sigman lowered Pier 1’s stock rating to “underperform” from “neutral,” and shares fell almost 15%. The stock peaked in 2013, and has steadily declined as the company spent more money than planned getting its e-commerce business launched, according to the Dallas Morning News.

UBS Financial Services suggested that Pier 1’s online growth comes from “cannibalizing customers out of its stores,” which has resulted in “muted top-line growth,” according to the Dallas Business Journal. UBS also said that the company’s product assortment and lack of “universal appeal” has limited new customer growth.

“I am profoundly grateful to my senior leadership team for their desire and commitment to pushing the boundaries of our knowledge and experience in this new era of retailing,” Smith said. “Now it’s time for me to do something new. I wish the best for Pier 1 Imports—a strong brand and a great company.”