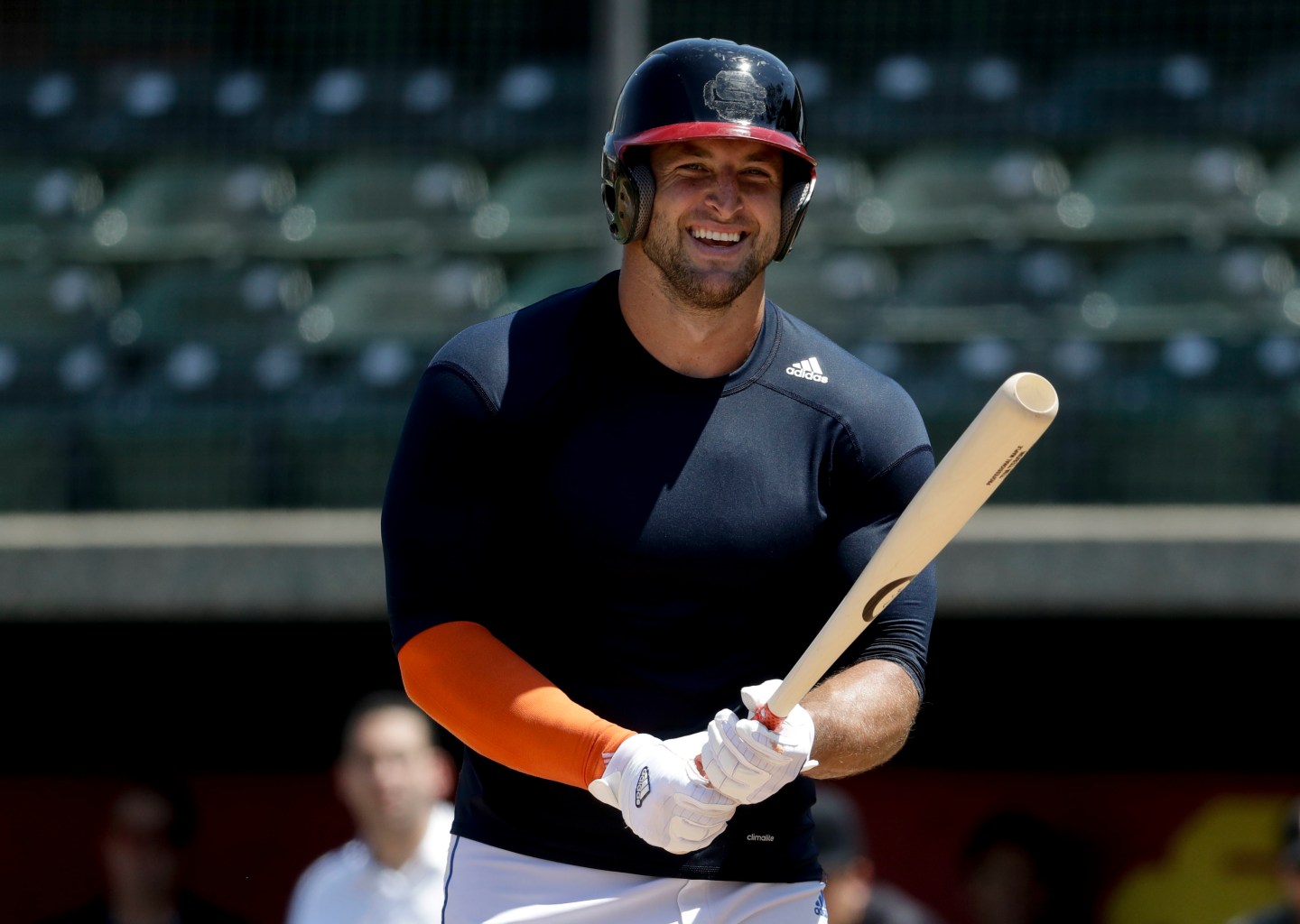 Former NFL quarterback, Tim Tebow smiles during a work out for baseball scouts and the media during a showcase on the campus of the University of Southern California, Tuesday, Aug. 30, 2016 in Los Angeles. The Heisman Trophy winner works out for a big gathering of scouts on USC's campus in an attempt to start a career in a sport he hasn't played regularly since high school. (AP Photo/Chris Carlson)
Photograph by Chris Carlso —AP

This article originally appeared on si.com.

Financial terms and length of contract were not disclosed.

The deal was first reported by ESPN.com’s Adam Schefter.

The Mets say that the 29-year-old will report to the Instructional League.

Tebow worked out for 28 out the 30 MLB teams during a showcase on Aug. 30, showing impressive power, running the 60-yard dash, and doing outfield drills.

Among the teams that were reportedly interested in Tebow include the Atlanta Braves, who said earlier this week that they were engaged in conversations with Tebow’s representatives with the possibility of signing him to a deal.

Tebow hasn’t played organized baseball since his junior year in high school and spent six seasons on various NFL rosters, although he hadn’t appeared in a NFL regular season game since 2012 when he was a member of the New York Jets.