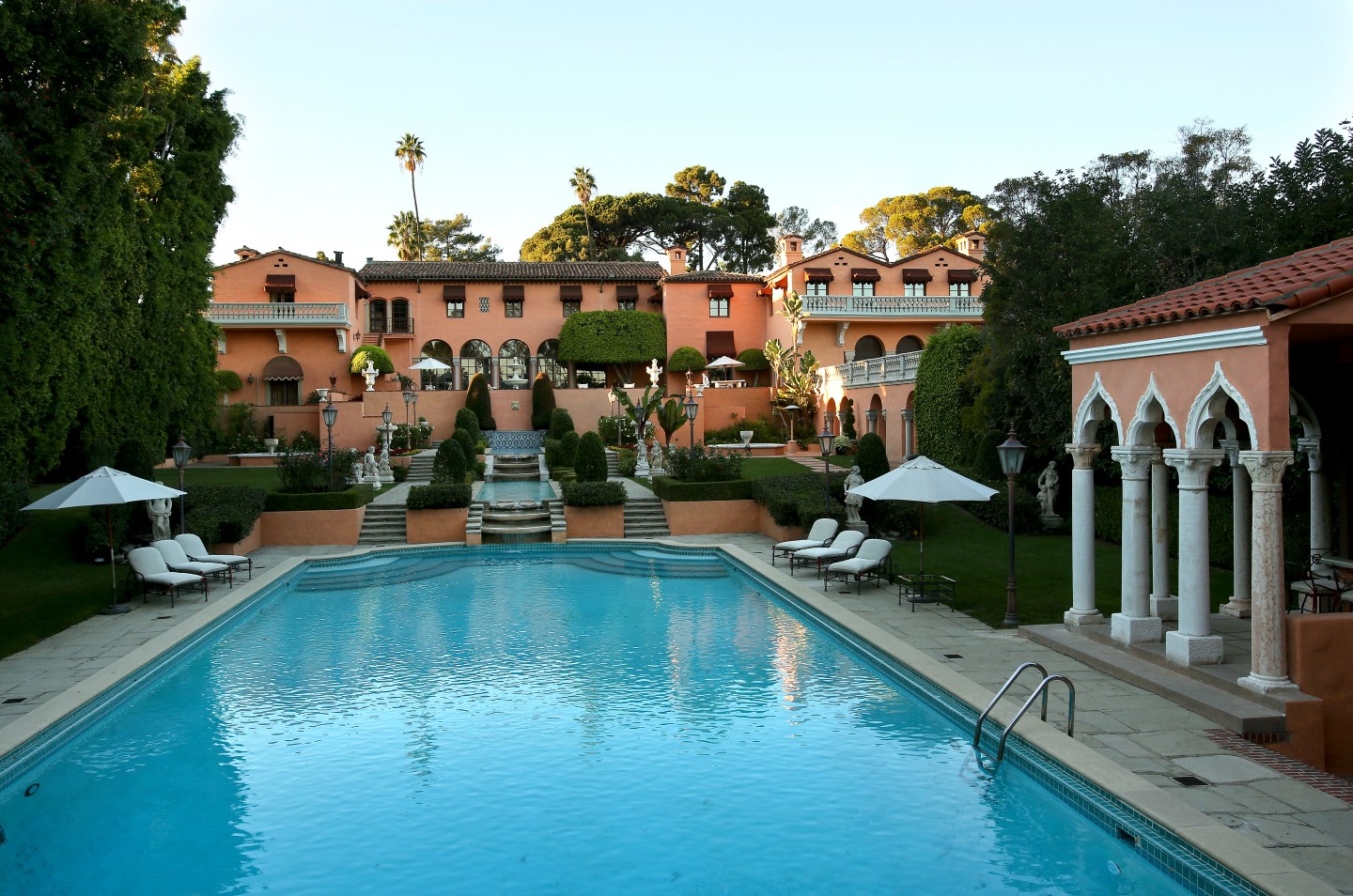 According to the Wall Street Journal, the home is up $30 million from its last listing price at $165 million in 2007. Additionally, for $175 million, a 4-acre subsection of the property that includes the mansion can be purchased.

An attorney and real-estate investor by the name of Leonard Ross is the current owner of the estate. The mansion is on roughly five acres and has six structures, the Journal reports. The 50,000 square-foot home was built in 1927 and boasts about 28 bedrooms and 38 bathrooms.

But the mansion-estate is most famous for the its past owners and visitors.

Other than Hearst, the estate has also been owned by actress Marion Davies. And according to the Journal, President John F. Kennedy and his wife Jacqueline Kennedy Onassis vacationed there as part of their honeymoon.

The famous horse head scene from the “Godfather” was shot in the mansion, and scenes from the movie “The Bodyguard” also took place there.

Other than its size and numerous rooms, the H-shaped mansion has a 725-foot-long driveway and a floodlit tennis court, a swimming pool, and two ponds that flow into a long pool. Near the seven bedroom guest house, which is about 6,600-square feet, there is also a second swimming pool.

The Journal reports that Ross, who is 71, has lived in the mansion for about four decades, but is selling the home because he’s “getting up there.” He originally bought the property for less than $2 million as an investment.

The $195 million price tag is still $5 million less than the asking price for the iconic Playboy Mansion that was listed in January. The property was listed for $200 million, making it the most expensive home on the market at the time. It eventually sold $100 million in August.

Fortune has reached out to Mauricio Umansky of The Agency, who has the listing for the Hearst home, and will update the story if he responds.