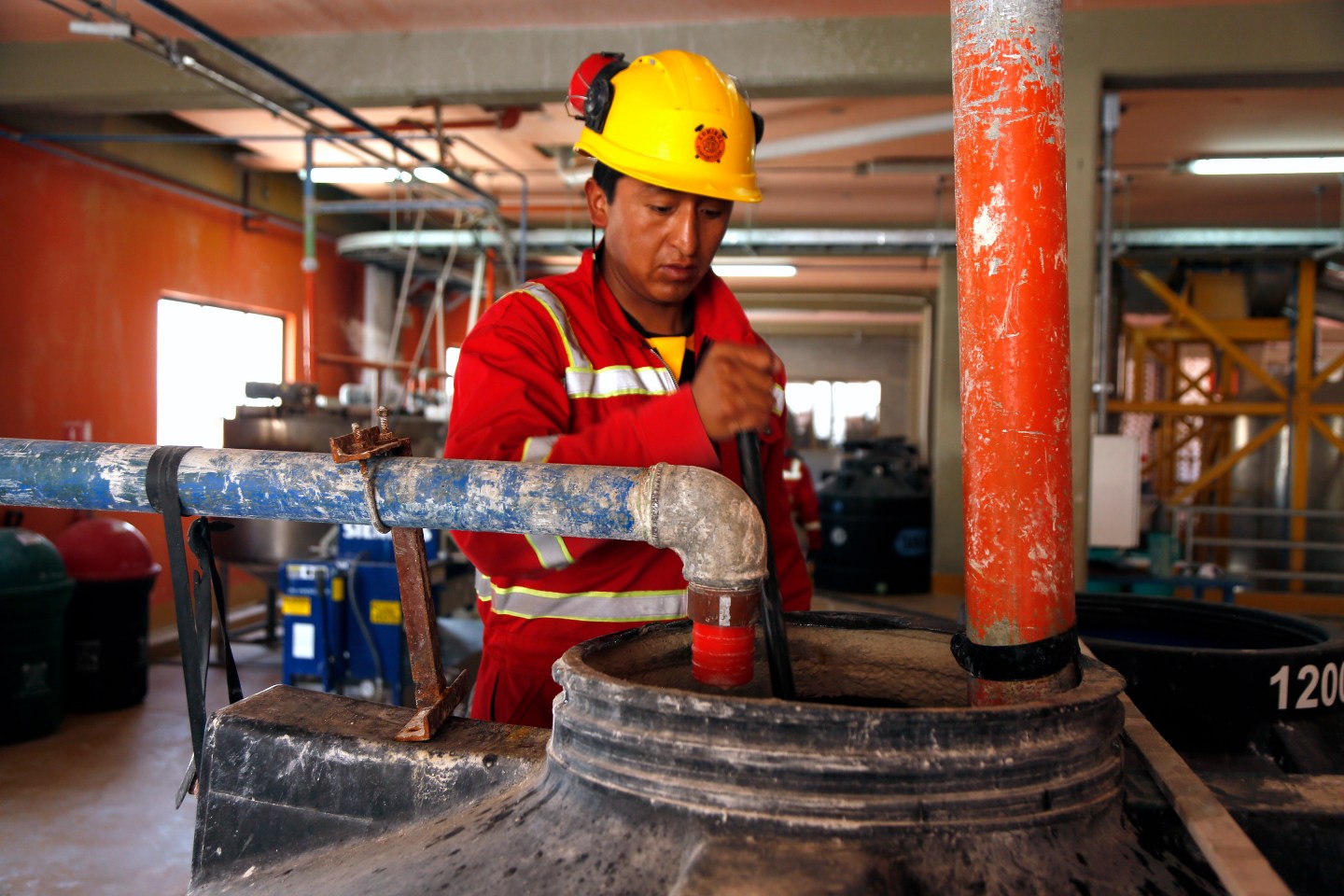 William Mamani works at the state mining company Comibol's lithium production complex in Llipe, Bolivia, on the edge of the Uyuni Salt Flats on Friday, Jan. 31, 2014. Bolivia is believed to have the world's largest deposit of lithium, which is used in the manufacturing of batteries. Photographer: Noah Friedman-Rudovsky/Bloomberg via Getty Images
Noah Friedman-Rudovsky/Bloomberg via Getty Image/File

China’s Tianqi Lithium Industries is set to build a A$400 million ($306 million) plant in Australia which it aims to open in late 2018, expanding its output of the material mainly for lithium batteries used in electric cars and high-end energy storage.

The plant will take ore from the Greenbushes mine, a spodumene hard rock mine in southwesternAustralia, and would be able to produce 24,000 tonnes a year of lithium hydroxide, boosting Tianqi’s processing capacity by more than 50%, the company said in a statement.

See also: Why Tesla Is Making a New Battery Format at the Gigafactory

The Greenbushes mine is run by Talison Lithium, which is jointly owned by Tianqi and lithium producer Albemarle (ALB).

The mine, which mostly supplies Tianqi’s plants in China and accounted for more than 35% of global supply last year, would have to be expanded to feed Tianqi’s new Australian plant.

Talison does not disclose its capacity, however consultants Stormcrow Capital estimate Greenbushes will produce 110 million tonnes this year.

Engineering studies on the expansion are due to be completed by the end of this year or early 2017, and Talison hopes to commission the plant by early 2019, Mignacca said, which would be in time to supply Tianqi’s new Australian plant.