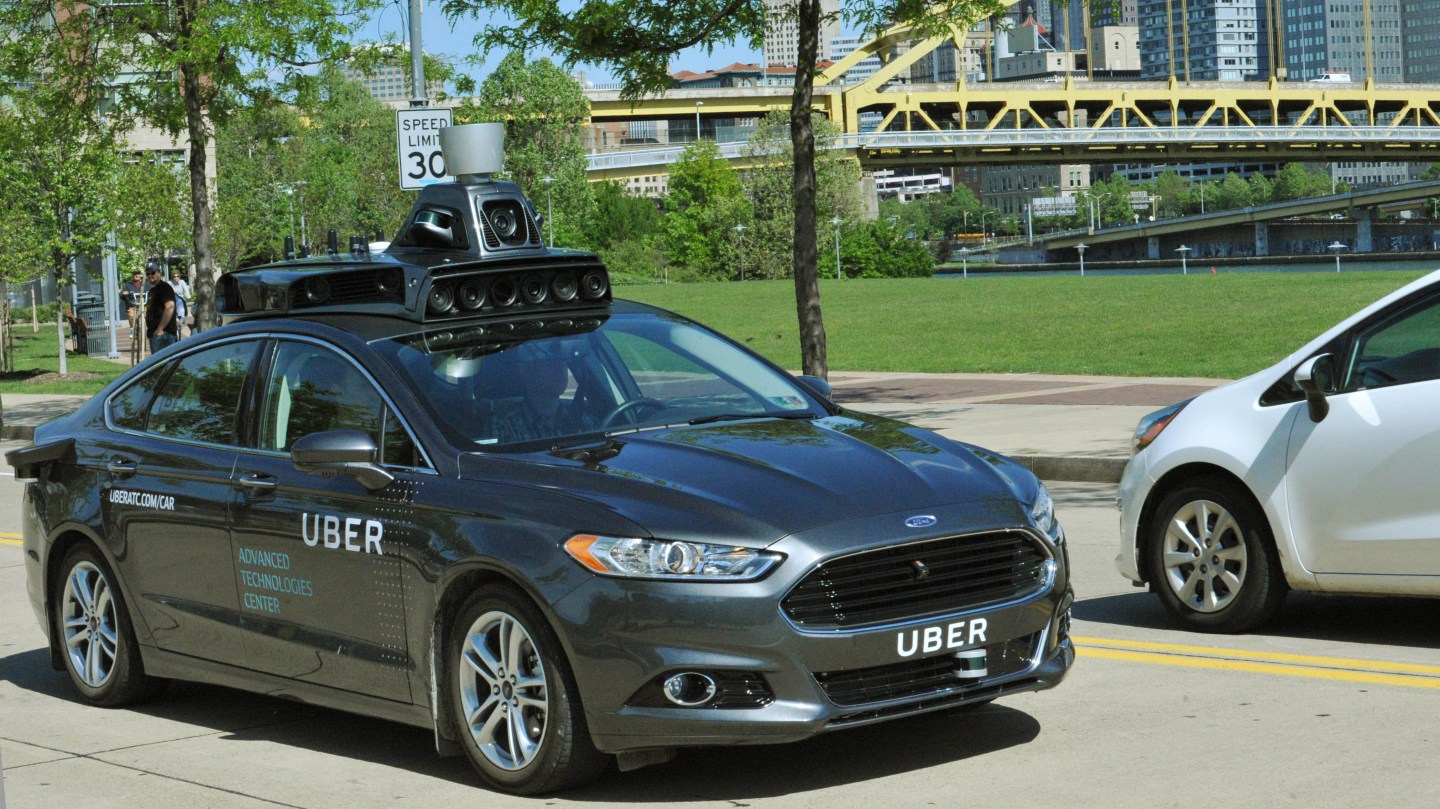 SFist has spotted Uber’s self-driving cars on the streets of San Francisco, bearing their trademark menacing sensor array and the logo of Uber ATC, the ride-hailing behemoth’s research arm. An SFist reporter captured video of one of the vehicles in motion–barely–through SF traffic.

It’s unclear whether the cars are actually operating autonomously as part of a live road test, or if they’re just in transit and being driven by humans. Uber hasn’t announced a test program in San Francisco as it did earlier this year for Pittsburgh, where they’re now publicly testing the vehicles.

California also has some of the stricter autonomy regulations in the country, and the California DMV does not list Uber as having a testing permit in the state.

On the other hand, the video shows the car’s LIDAR imaging array spinning, indicating that at least part of the autonomy system is active.

So Uber may have acquired a California permit very recently–or they may be skirting the law, as they occasionally do. We’ve reached out to the company for clarification, and will update this post as information becomes available.