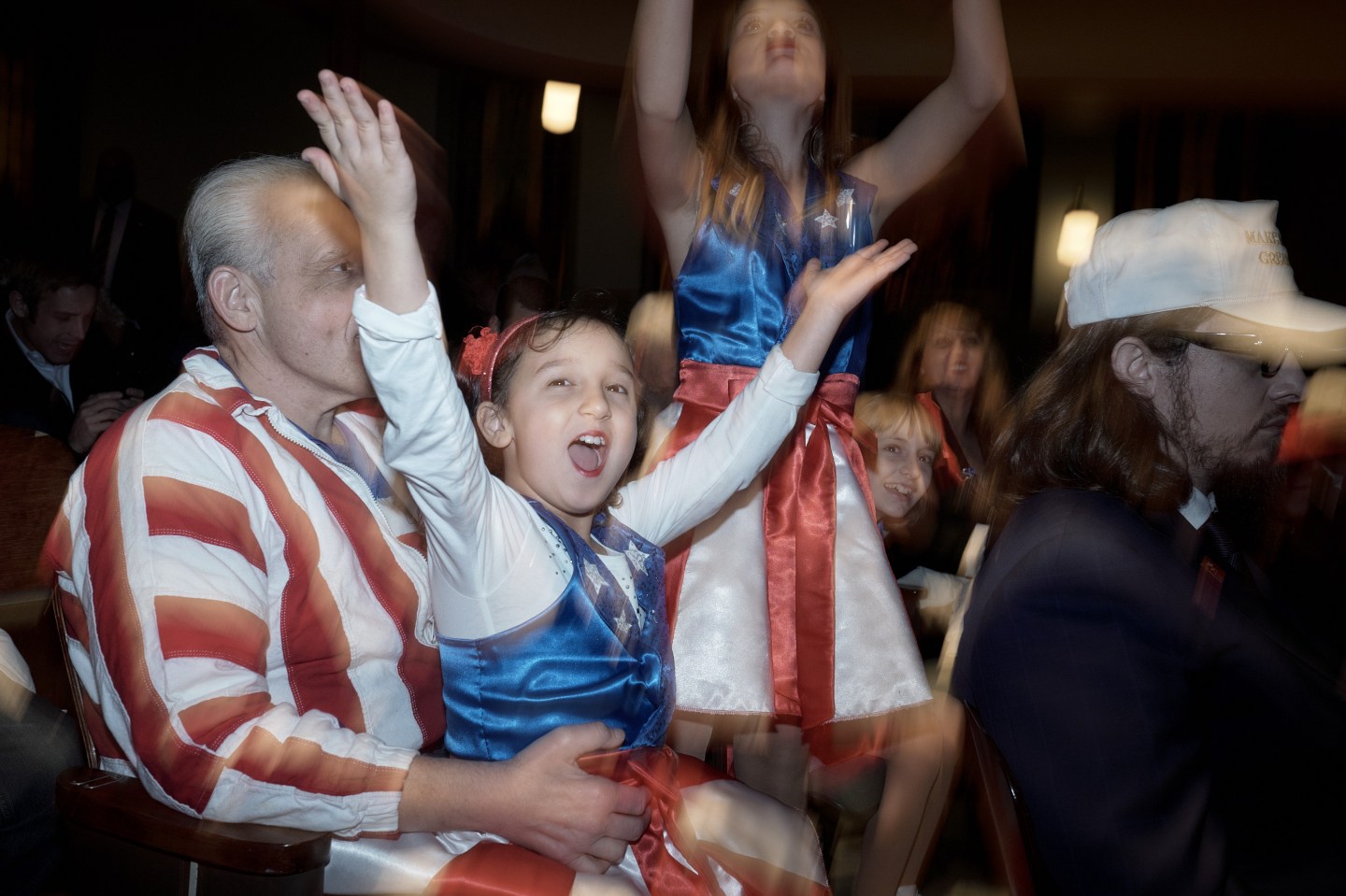 The "USA Freedom Kids", a dance group that has performed on stage with Donald Trump, the president and chief executive of Trump Organization Inc. and 2016 Republican presidential candidate, not pictured, wave to attendees in the Drake University Sheslow Auditorium for a campaign event in Des Moines, Iowa, U.S., on Thursday, Jan. 28, 2016. Trump, according to a flurry of early-state and national polls, is the overwhelming favorite of self-identified moderate and liberal Republican voters. Among more conservative voters, he often trails his chief rival for the nomination, U.S. Senator Ted Cruz. Photographer: T.J. Kirkpatrick/Bloomberg via Getty Images
Photo by T.J. Kirkpatrick—Bloomberg via Getty Images

The U.S.A. Freedom Kids are a dance troupe made up of 10 girls. Their song “Freedom’s Call” got them a lot of attention when they performed it at a rally in Florida back in January. A video of the performance that was posted to YouTube has since racked up more than 6 million views.

The group is now suing Donald J. Trump for President for breach of contract, Bloomberg reports. A complaint filed Tuesday claims that the campaign has violated a verbal agreement it made with the U.S.A. Freedom Kids regarding a rally performance in Des Moines, Iowa. It includes an email they received from Stephanie Scruggs, the Trump campaign’s field director, which read: “As discussed, we are not able to pay the girls or cover travel, however, we have coordinated with the event space to allow the girls to set up a table and pre-sell their albums, shirts, etc. if this is helpful to you.” The arrangement was meant to substitute the group’s $2,500 fee.

The troupe claims that after arriving in Chicago, and paying for travel and lodging at their own expense, they were informed that their performance had been canceled. They’re seeking between $5,000 and $15,000 in damages.

The group’s manager, Jeff Popick, who is also the father of one of the performers, suggested that this whole situation may have discouraged him from voting for the candidate come November. “I think Donald Trump and the Donald Trump campaign has handled this as wrong as can be,” he told Bloomberg. “Does that rise to the level of not being the best guy or gal for the job? I honestly don’t know.”