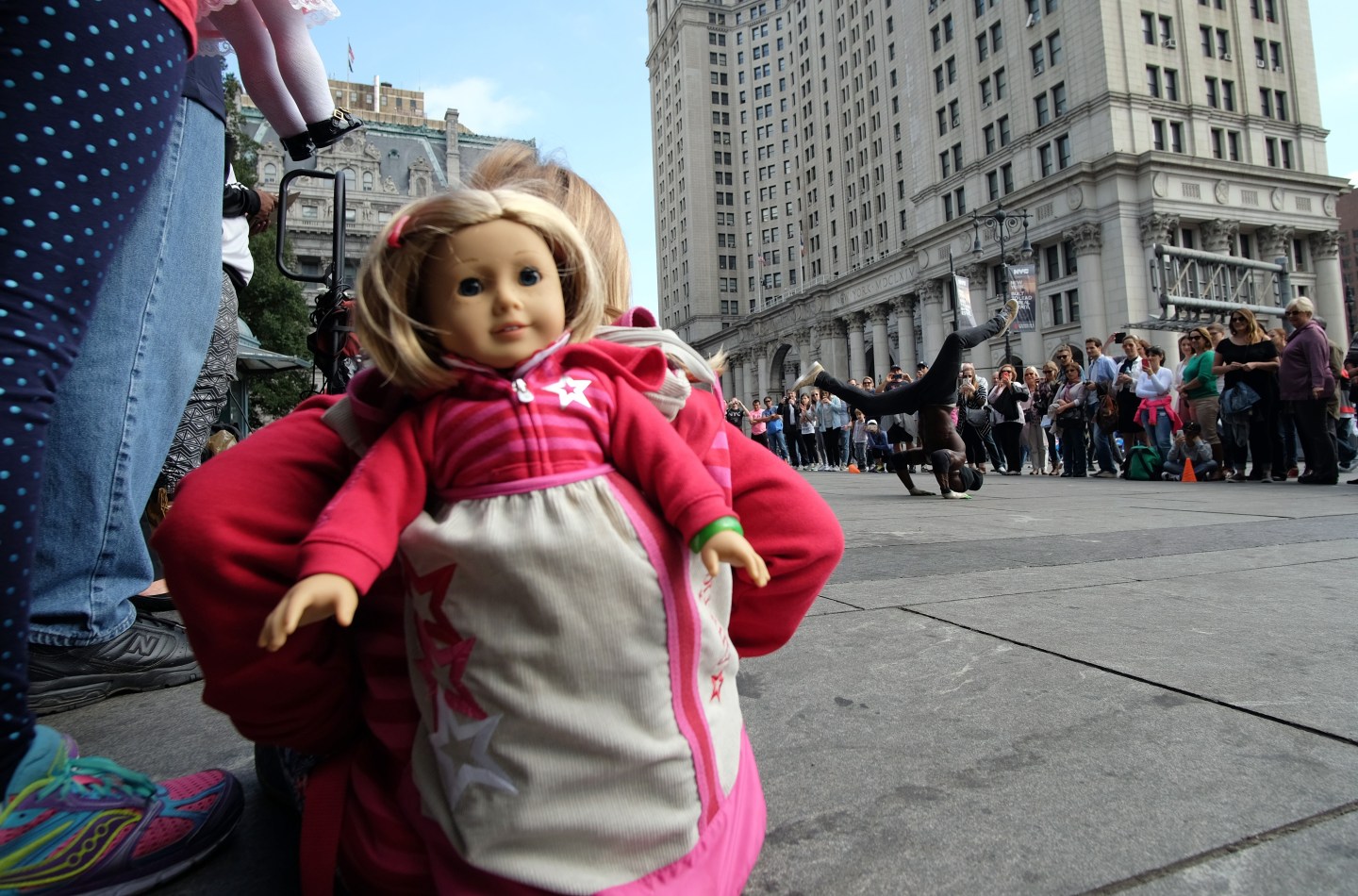 Starting this month, American Girl dolls will be available at all Toys R Us locations in the U.S.

Historically, Mattel only sold the pricey dolls via mail order, online, or at its American Girl storefronts. But after sales fell 8% last year, the company decided to expand to Toys R Us in an effort to reverse the decline, the Associated Press reports.

Toy R Us will sell a new line of “WillieWisher” American Girl dolls for $60, and will open American Girl shops within about 100 of its stores in coming months, according to the AP. Those shops will not only sell the WellieWisher line, but American Girl’s “Truly Me” dolls, which flash a $115 price tag.

Mattel is reportedly also working with the retailer to open up even more American Girl shops within stores in 2017.

The deal “bodes well” for an American Girl turnaround, Jeffries analyst Trevor Young said in a note to clients Wednesday, according to the AP. He also said sales of the brand could rise by the end of the year or early next year.

American Girl’s “Be Forever” line will not be sold at Toy R Us. Those iconic dolls—whose characters come from different historical periods, like the Depression, civil rights era, and the 1760s Pacific Northwest—will remain in stores and online.

Fortune has reached out to Mattel and Toys R Us and will update the story if they respond.