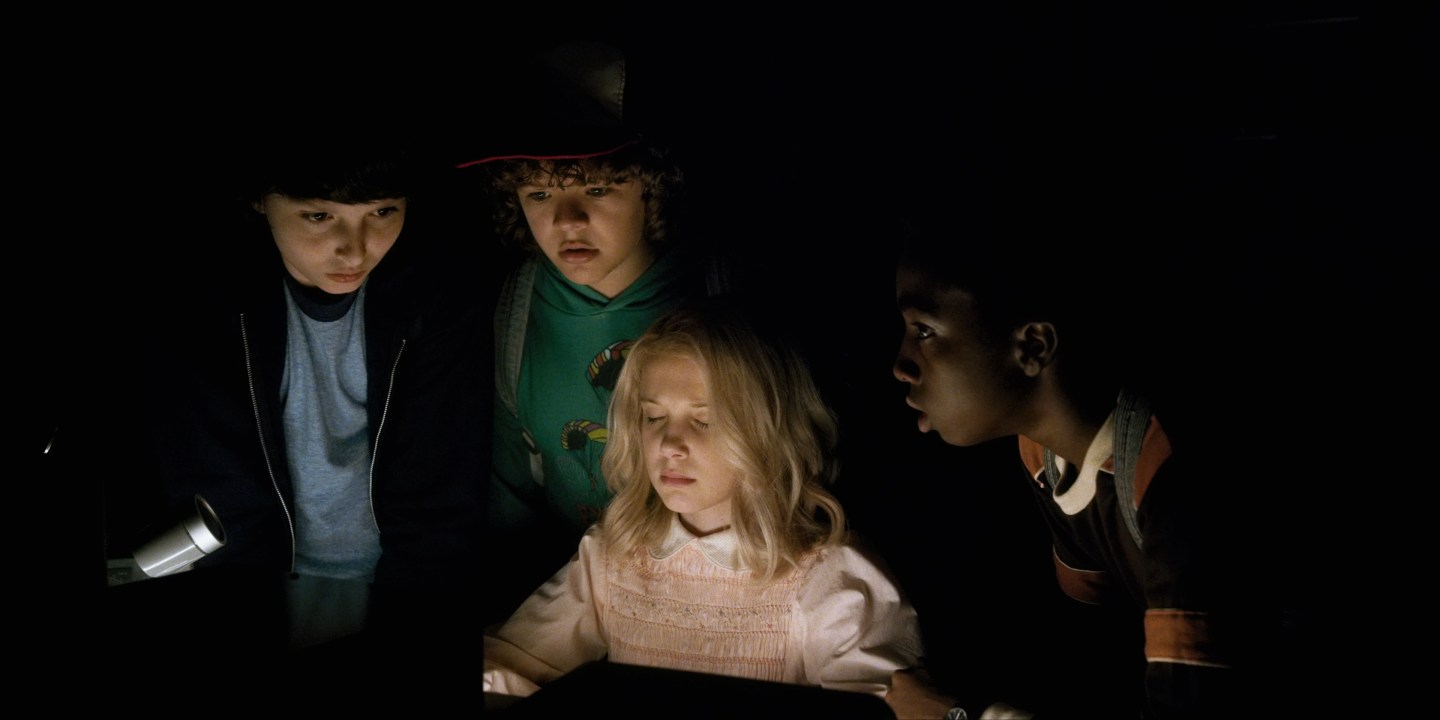 Start toasting your waffles, Stranger Things fans: Netflix has revealed the summer hit will return in 2017 with nine episodes. If you’re doing your Stranger Things math, that’s one more chapter than the first installment.

Things, about a small town dealing with an inter-dimensional portal and one (or more) really gross monsters, has become THE show of the summer with its homages to ’80s classics and charming cast of newcomers.

To announce the series’ return, Netflix on Wednesday released a new version of the show’s famous title sequence (above) featuring what appear to be the titles of nine new episodes. Additional text reads, “In the fall of 1984, the adventure continues.”

Creators the Duffer Brothers will return to the series, as will EPs Shawn Levy and Dan Cohen. EW talked to the Duffers about Stranger Things 2 details, and they were clearly thrilled to get to do a sequel—the pair were just about to deliver the first episode script to Netflix.

“We’re really excited about continuing the story,” says Matt Duffer. “There’s a comfort factor in that we know people love and have responded to this world and these characters. As much as possible, we’re trying to approach it the same as season 1, which is to write stuff that we’re excited about and we think is cool. The hope is that it translates to the fans and that people fall in love with it again.”

Adds Ross: “Just like we treated the first season like a big movie, we wanna treat this like a big movie as well and we don’t wanna coast on these characters. We’re trying to swing for the fences on this one.”