Ikea’s New Restaurant Asks You to Build Your Own Meals 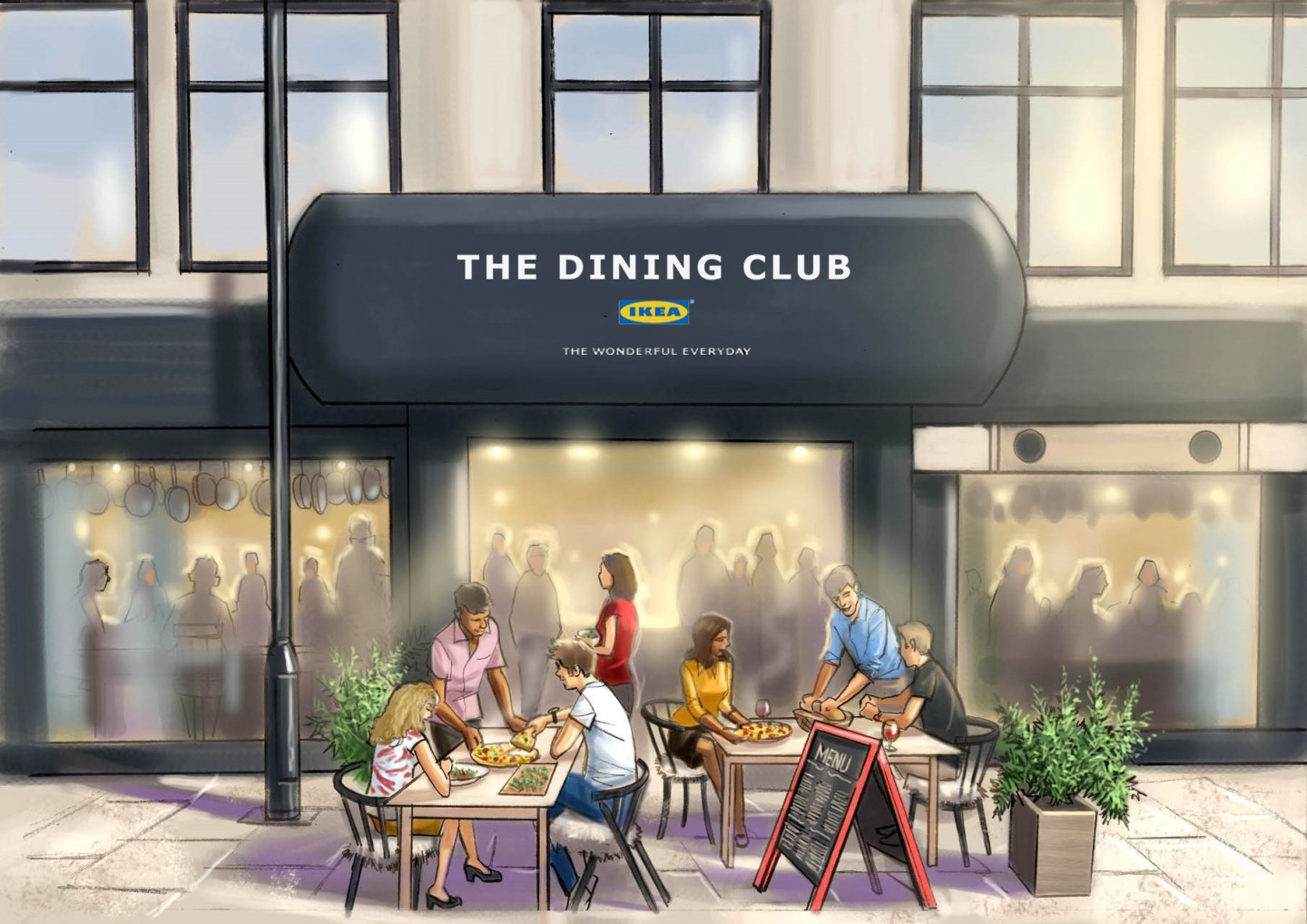 Swedish retailer IKEA is opening a fully immersive dining experience in Shoreditch – a ‘Do-it-Yourself Restaurant’ where the diners run the diner, becoming the star chefs in their very own restaurant.
Photo courtesy of IKEA

The option of dining at Ikea is nothing new, but now the Scandinavian home decor retailer is combining the culinary aspect of one of its stores with its famous do-it-yourself ethos.

Ikea announced this week it will open a pop-up restaurant in the company’s Shoreditch, London location where diners will build their own meals in the sense that they’ll serve as the chef, preparing food for their group of friends and family. Called “The Dining Club,” Ikea’s new experimental restaurant will open for two weeks in mid-September and feature a variety of available cooking sessions—for brunch, lunch, or dinner—where different trained head chefs will supervise customers’ preparation of a meal for a group of up to 20 people.

According to Ikea’s U.K. website, The Dining Club is meant to “celebrate the joys of cooking together.” In the press release, the company said: “With people spending less time cooking and eating together in the U.K., Ikea are giving the foodies, wannabe-cooks, kitchen-novices and fine-diners the chance to express themselves and impress their friends in a restaurant where they will have their very own sous chef and maître de.”

The pop-up restaurant, which will be open from Sept. 10 to Sept. 25, features an Ikea cafe “serving Swedish delicacies” in addition to the cooking workshops, which are in limited supply and require potential DIY chefs to apply for the chance to participate online. What’s more, if you’re able to snag one of the cooking sessions, the company said in its press release that the experience is completely free, including food, alcohol, and a wait staff.

Ikea is no stranger to innovation when it comes to dining options, which include packaged foods sold in its stores along with in-store bistros and restaurants selling a range of cuisines. Last year, Ikea announced that it was expanding its menu to include chicken and veggie versions of its famous Swedish meatballs—of which Ikea sells a billion balls a year.