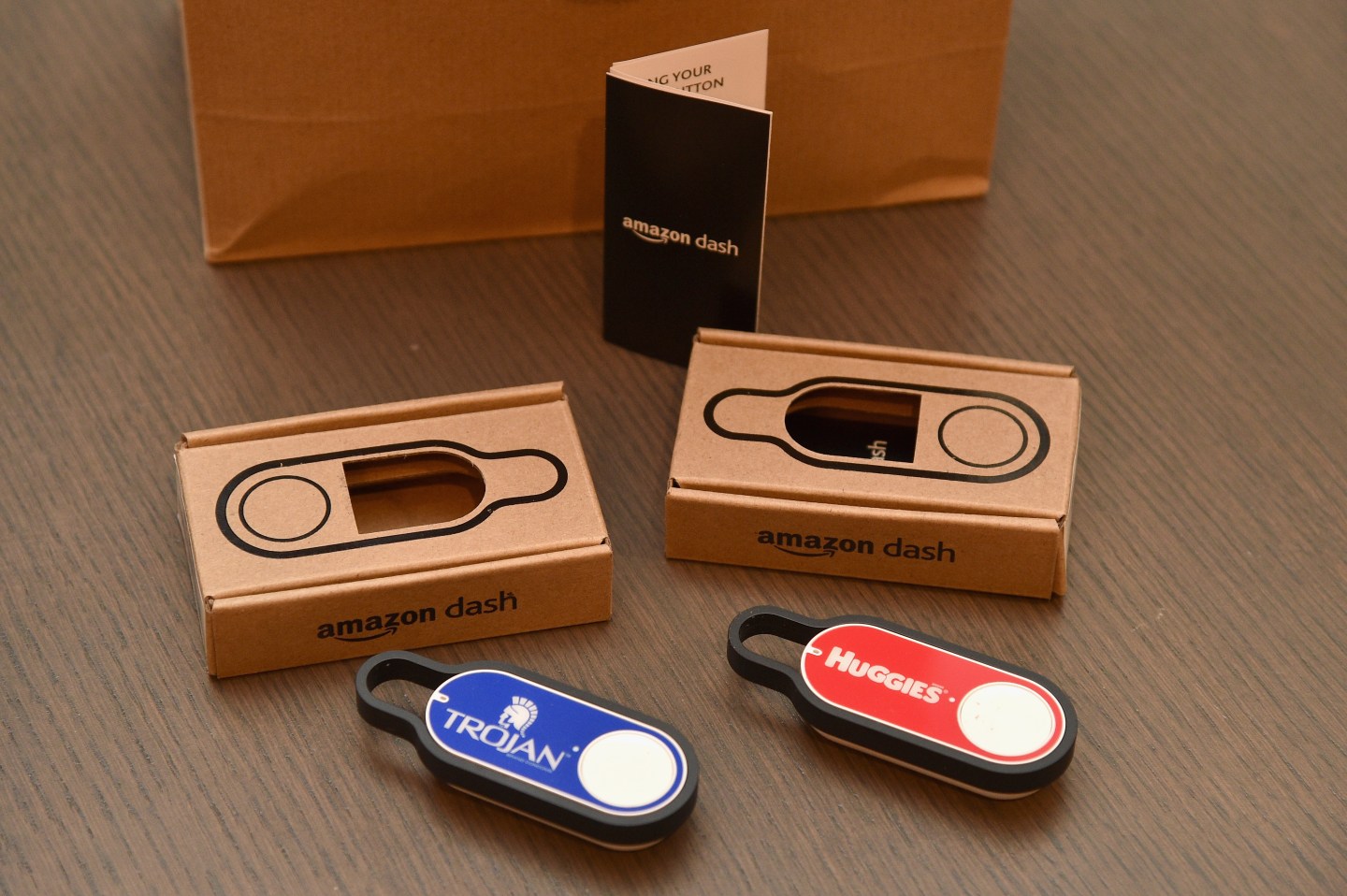 Seeking to capitalize on Britons too busy or forgetful to shop for household essentials, retail giant Amazon (AMZN) is bringing its thumb-sized, one-button ordering device to the UK.

From Wednesday, British Amazon Prime customers will be able to order supplies of products such as toilet paper, dishwasher tablets, dog food and coffee at the touch of the wifi-connected Amazon Dash button.

Each device is dedicated to a single product — toilet roll, for instance — with the brand’s logo emblazoned on the buttons, which cost 4.99 pounds ($6.53) apiece. So if you wanted the service for two different products, you would need a separate device for each, though customers receive the cost of the device back in the form of a discount on their first order.

Some customers thought the U.S. launch on March 31, 2015, was an April Fool’s joke, said Daniel Rausch, director of Amazon Dash.

But the service, as gimmicky as it may sound, appears to have caught the imagination of household goods manufacturers.

Rausch said that more than 150 brands have joined the scheme in the United States, up from about 20 at launch, and that there has been a threefold increase in customer orders through the devices in the past two months, though the company gave no data on sales numbers.

In Britain, Amazon Dash will launch with 48 brands in the scheme.

The next step for Amazon is to automate the service entirely, so that appliances such as printers, vacuum cleaners and washing machines order new ink, bags and washing powder when they are running low.

Companies including Bosch, Siemens, Samsung and Whirlpool are already working on integrating Dash Replenishment into their products, Rausch said.