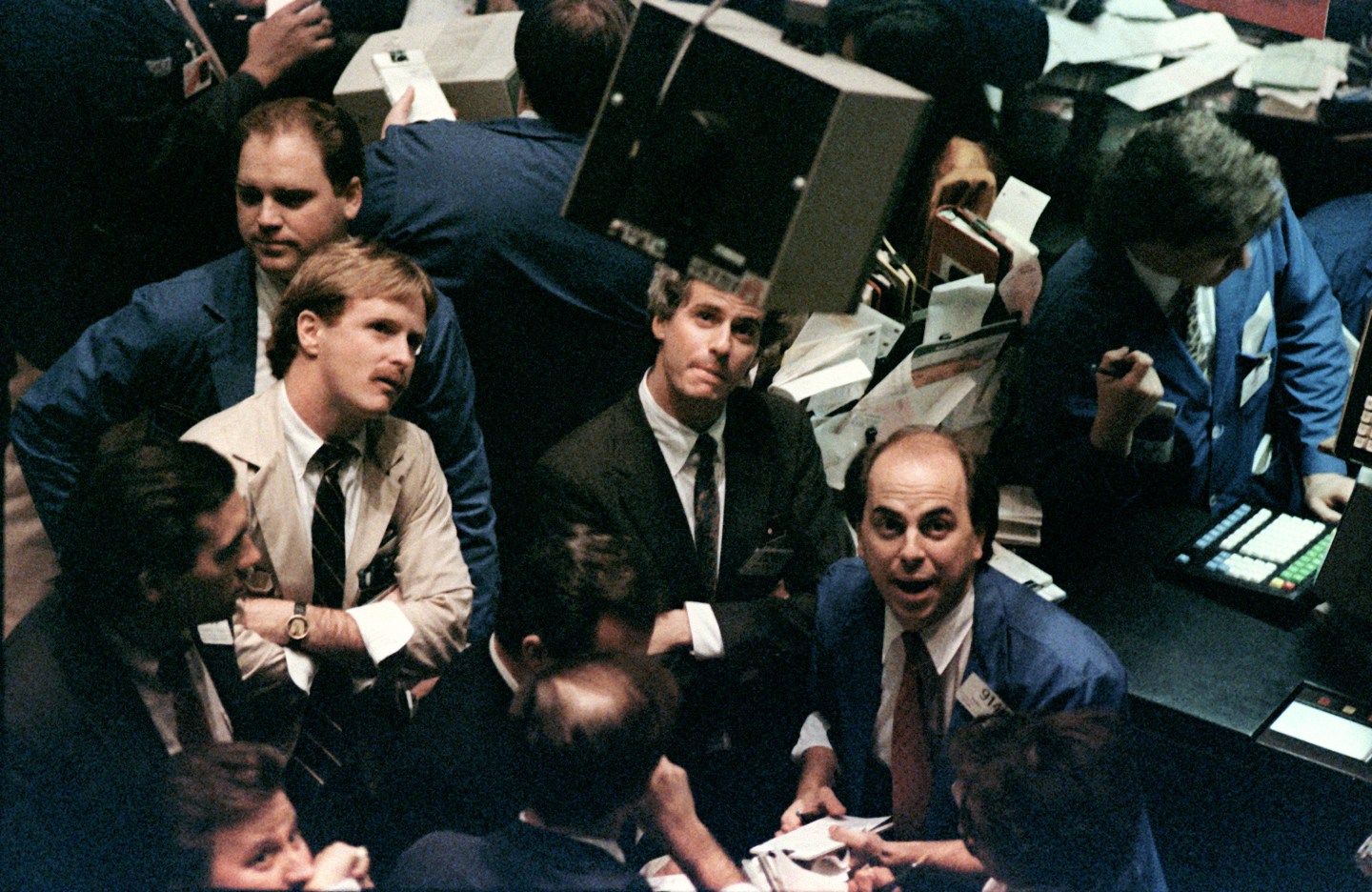 Don’t tell stock market investors, but we’re in the middle of the longest earnings recession since 2008.

That’s according to data from FactSet, which shows that the second quarter of 2016 was the fifth straight in which overall earnings fell. What’s worse, estimates show that they will decline for a sixth straight quarter before finally posting a 5.6% gain in the fourth quarter of this year.

But Jim Bianco, president of Bianco Research argues that even this forecast might be overly optimistic. In a research note to clients Monday, he pointed to data that shows that companies have been consistently cutting their estimates for future earnings as the close of the quarter in question nears.

Big picture, all the lines are headed down. But also focus in on the gray line on the far right. As you can see, back in April, expectations for fourth-quarter earnings growth were nearly twice what they are today. If the trend of earnings growth estimates being revised down continues, there’s a decent chance that earnings growth at the end of the year will be close to nonexistent.

None of this, however, is apparent from how stock market indexes have been moving lately, which unlike the charts above have been going up and to the right. “Since 1947, every time profits fell this much, or for this long, a recession was either underway or about to begin,” writes Bianco. “The only exception was the middle of 1986 to early 1987.”

If you remember, there was a pretty important event that happened in 1987: A massive stock market crash that sapped close to 30% of the S&P 500’s value in just five days. Bianco continues:

The argument can be made that corporate profits fell in 1986/1987 because a collapse in crude oil prices crushed energy profits. This is similar to the current fall in profits . . .

Despite this collapse in profits in 1986/1987, stock prices marched to new all-time highs. The same is happening now. However, by the fall of 1987 the market became overvalued by most measures and crashed, reversing all the gains over the previous 18 months.

Of course there are some important differences between today and the 1980s. The most important one is interest rates, which these days, unlike back in the 1980s, are at historic lows. As a result, much the government’s debt is yielding close to nothing. Public companies can use low interest rates to goose their stock prices with massive buyback programs.

At the same time, it’s unlikely that profits can continue falling at the same time that stocks are rising. “We are not using this one metric to suggest a recession or market crash is coming,” Bianco writes. “Historically, however, this period shows a lot of the same traits as past recessions. Will this time be different?”

It’s possible. But whenever you’re asking that question, you’re in dangerous waters.