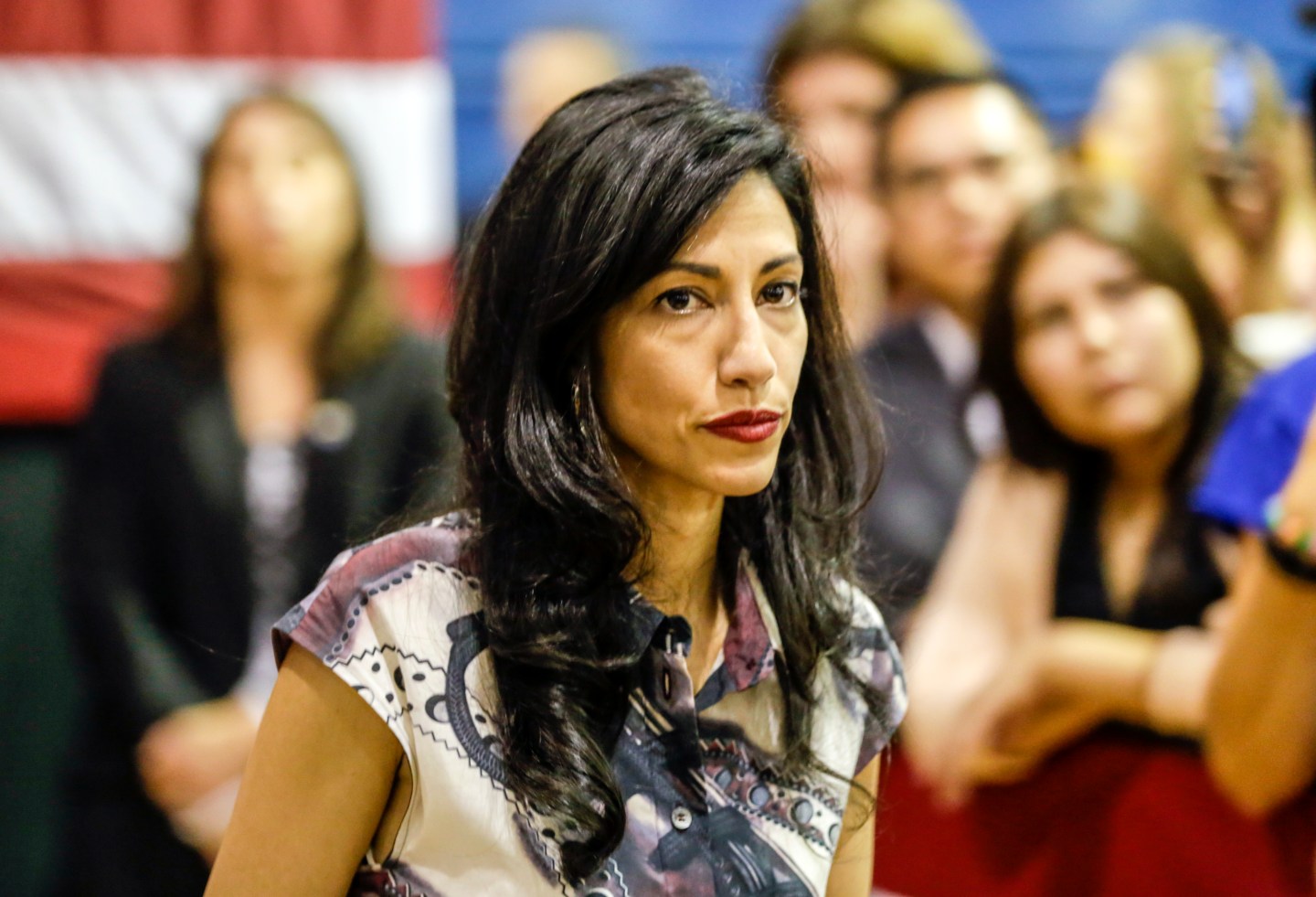 Huma Abedin says she’s splitting from Anthony Weiner after reports that he was caught in another sexting scandal.

“After long and painful separation consideration and work on my marriage, I have made the decision to separate from my husband. Anthony and I remain devoted to doing what is best for our son, who is the light of our life. During this time, I ask for respect for our privacy,” Abedin, Hillary Clinton’s top aide, said in a statement on Monday.

The announcement comes after the New York Post reported that the former congressman and New York City mayoral candidate had sexted at least one other woman. One of the alleged photos showed Weiner and Abedin’s young son in the background. Weiner’s Twitter account disappeared on Monday morning after the allegations came to light.

Weiner resigned from Congress in 2011 after admitting that he had exchanged “messages and photos of an explicit nature with about six women over the last three years.” Weiner attempted to make a political comeback in 2013 by running for mayor of New York City, but that campaign was derailed by more allegations of sexting

Abedin currently serves as the vice chairwoman of Hillary Clinton’s presidential campaign. She wed Weiner in 2010 (in a ceremony officiated by Bill Clinton), and the two welcomed a son, Jordan, in December 2011.

This story originally ran on Motto.