How Beyoncé Stood With Black Lives Matter at the VMAs 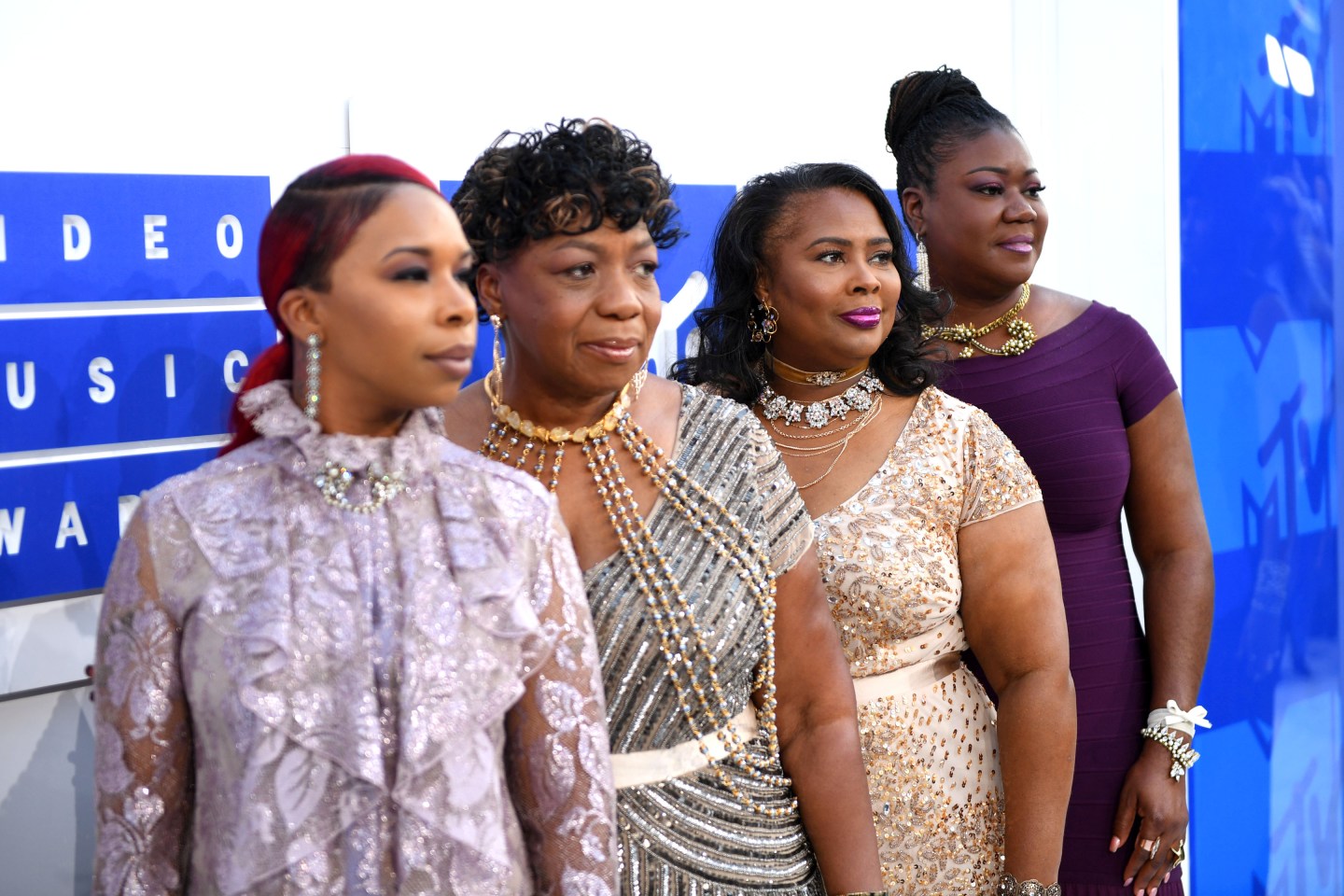 This article originally ran on People.

Beyoncé shared the spotlight with mothers of the Black Lives Matter movement at the 2016 MTV Video Music Awards.

The singer made a powerful statement of protest while walking the carpet with her daughter Blue Ivy at the New York City event on Sunday night.

She was accompanied by Sybrina Fulton, Gwen Carr, Lesley McSpadden, and Wanda Johnson – the mothers of Trayvon Martin, Eric Garner, Michael Brown and Oscar Grant, respectively. Standing alongside one another, they posed for the world press.

Lance Bass also made his own statement on the carpet, wearing a jacket with the words “Love Trumps Hate” written on the back of it. During the broadcast,a fresh-faced Alicia Keys honored the 53rd anniversary of Dr. Martin Luther King’s “I Have A Dream” speech with an emotional poem.

Beyoncé, 34, also took a stand for feminism during the show broadcast with a lengthy medley from her smash visual album Lemonade: “Pray You Catch Me,” “Hold Up,” “Sorry,” “Don’t Hold Yourself” and “Formation.” Each of the songs contained messages of female empowerment, and the stage itself formed a feminist icon symbol.

Beyonce made a Feminist Icon during the #VMAs #LEMONADELIVE pic.twitter.com/r4cya1IFbB

Beyoncé capped off her night by taking home the moonman for Video of the Year for “Formation” – which also contains Black Lives Matter imagery.

“I’d like to thank my beautiful daughter and my incredible husband for all their support,” she told the crowd. “I’d like to thank the choreographers that worked so hard. I have the most incredible team, they work so hard … I dedicate this award to the people of New Orleans.”