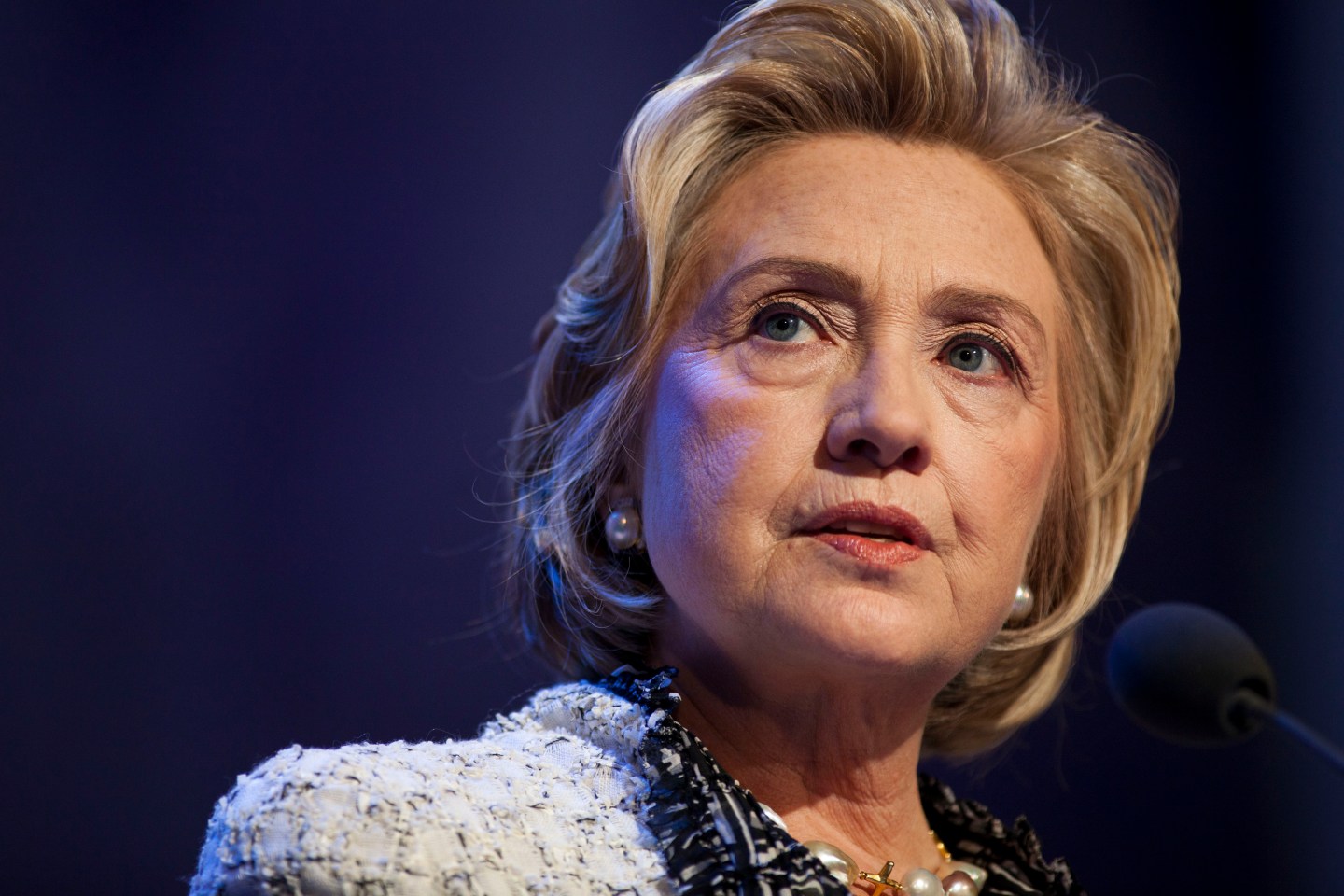 A U.S. judge ordered the State Department on Thursday to release by Sept. 13 any emails it finds between Hillary Clinton and the White House from the week of the 2012 attack in Benghazi, Libya, among the thousands of additional emails uncovered by federal investigators.

The order came after the Federal Bureau of Investigation gave the department a disc earlier this month containing 14,900 emails to and from Clinton and other documents it said it had recovered that she did not return to the government.

Clinton, the Democratic presidential nominee, has been criticized for using an unauthorized private email system run from a server in the basement of her home while she was secretary of state from 2009 to 2013, a decision she says was wrong and that she regrets.

The issue has hung over her campaign for the White House and raised questions among voters about her trustworthiness.

Judge William Dimitrouleas of the U.S. District Court in southern Florida made his order in response to a request by the conservative watchdog group Judicial Watch, which is suing the State Department for Clinton-era records under freedom of information laws.

Spokesmen for Clinton did not respond to requests for comment.

At least one other judge has said the department will eventually have to release all the newly recovered work emails, and at least some are expected to appear before the Nov. 8 presidential election.

After the system’s existence became more widely known, Clinton returned what she said were all her work emails to the State Department in 2014, and the department released them in batches to the public, some 30,000 in all.

The FBI took her server in 2015 after it was discovered she had sent and received classified government secrets through the system, which the government bans.

Clinton has said she did not know the information was classified at the time.

After a year-long investigation, FBI Director James Comey said last month that Clinton should have recognized the sensitivity of the information and that she had been “extremely careless” with government secrets. But he said there were not enough grounds for a prosecution, a decision criticized by Republican presidential nominee Donald Trump and other Republicans.

It remained unclear if there were any newly discovered emails that related to the September 2012 attack on a U.S. facility in Benghazi, Libya, in which four Americans, including U.S. Ambassador Chris Stevens, were killed.

“Using broad search terms, we have identified a number of documents potentially responsive to a Benghazi-related request,” Elizabeth Trudeau, a State Department spokeswoman, said in a statement. “At this time, we have not confirmed that the documents are, in fact, responsive. We also have not determined if they involve Secretary Clinton.”