This Chart Shows Why Insurers Are Climate-Change Believers 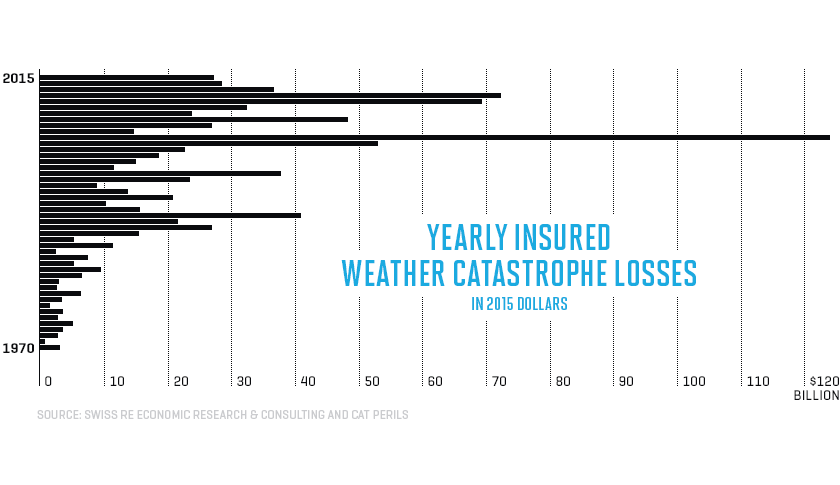 Whether they’re paying for hurricane cleanup or reimbursing farmers for lost livestock and crops, insurers foot much of the bill for disasters associated with climate change. The chart below shows just how big that bill can get; the cost of insured weather catastrophes has been soaring far faster than inflation.

Just about every company in the property and casualty insurance business carefully tracks climate data these days (the data for the chart below, for example, comes from Swiss Re). But this year’s Fortune Change the World list recognizes one insurer that was far ahead of the pack: Germany’s Munich Re (#13). The company, which provides both reinsurance and primary coverage, first warned about planetary weather changes in 1973 and founded its Geo Risks Research Department a year later to study the subject. Now it’s a leader in insuring clean-fuel projects.

For more on Change the World list, watch this video:

This chart appears as part of the “Change the World” package in the September 1, 2016 issue of Fortune.