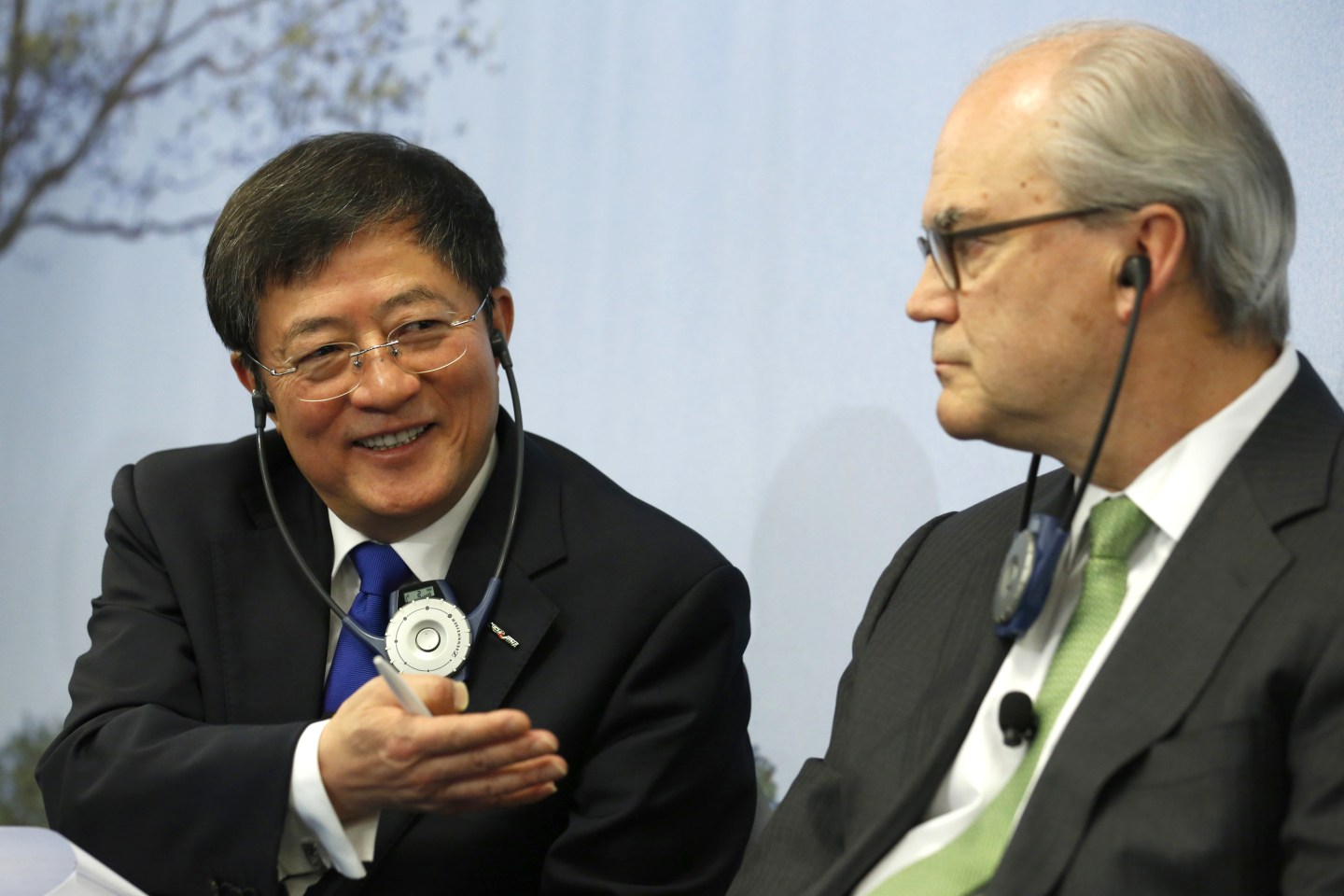 Ren Jianxin, chairman of China National Chemical Corp., left, gestures as he speaks as Michel Demare, chairman of Syngenta AG, looks on during a news conference to announce the ChemChina deal, delivered during the Syngenta AG full year results presentation in Basel, Switzerland, on Wednesday, Feb. 3, 2016. China National Chemical Corp. agreed to buy Swiss pesticide and seeds maker Syngenta for more than $43 billion in cash as the state-backed company extends its shopping spree with what would be the biggest acquisition by a Chinese firm. Photographer: Luke MacGregor/Bloomberg via Getty Images ***Local Caption *** Ren Jianxin; Michel Demare
Luke MacGregor — Bloomberg via Getty Images

A U.S. regulator has cleared ChemChina’s blockbuster takeover of Swiss pesticides and seeds group Syngenta, the companies said on Monday.

“China National Chemical Corporation (ChemChina) and Syngenta today announced that the companies have received clearance on their proposed transaction from the Committee on Foreign Investment in the United States (CFIUS),” a joint statement released by Syngenta said.

“In addition to CFIUS clearance, the closing of the transaction is subject to anti-trust review by numerous regulators around the world and other customary closing conditions. Both companies are working closely with the regulatory agencies involved and discussions remain constructive.

See also: Valeant Is Said to Be Hiring This Zoetis Exec as Its New CFO

“The proposed transaction is expected to close by the end of the year.”

Syngenta had said in July it expected the deal to close this year despite concerns that U.S. regulators could throw a spanner in the works.