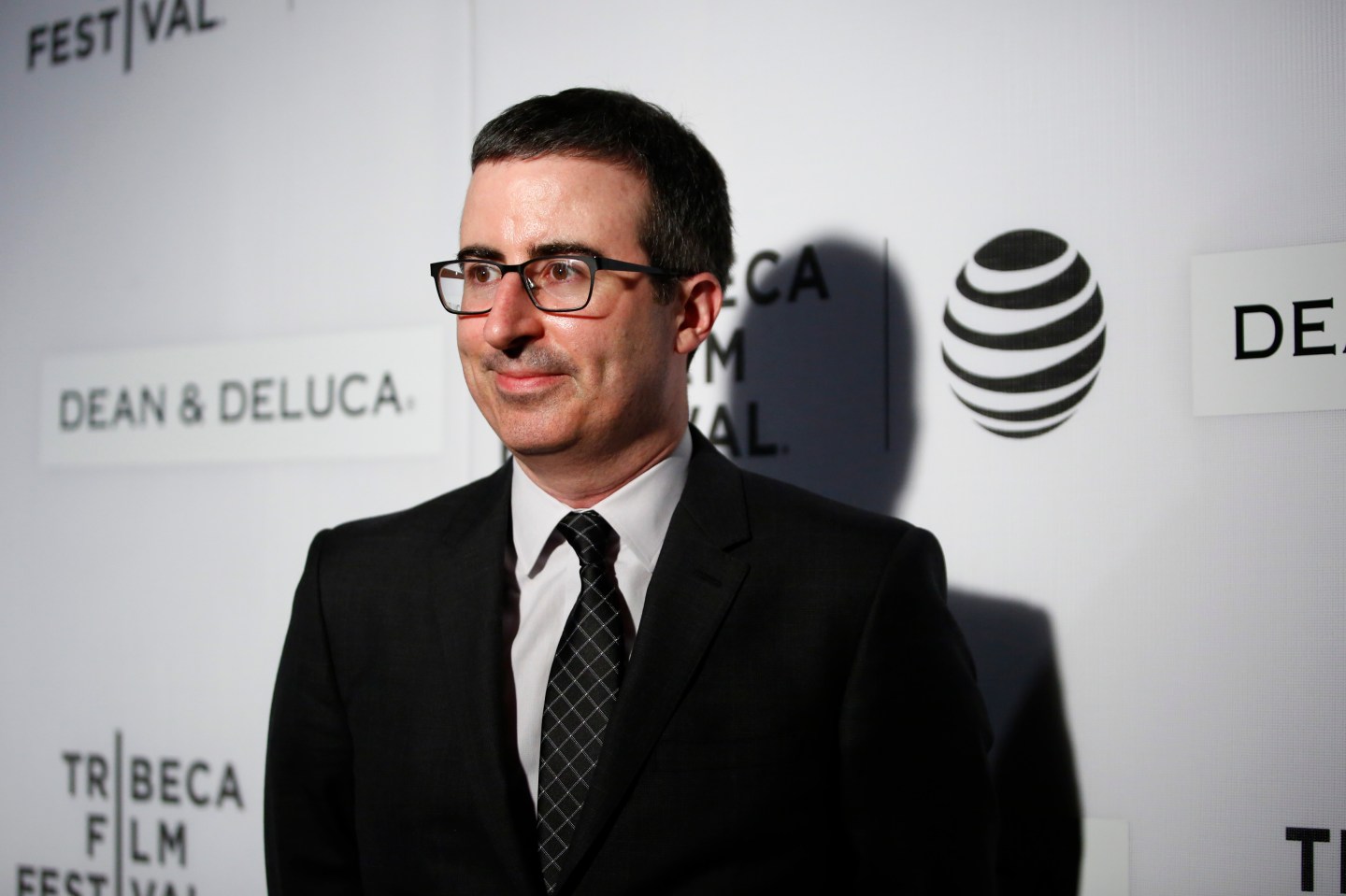 On his final episode of HBO’s Last Week Tonight before a brief hiatus, comedian John Oliver couldn’t pass up the opportunity to mock GOP nominee Donald Trump, whom he called a “racist voodoo doll made of discarded hat.”

Noting Trump’s struggle in the polls and latest campaign turmoil, Oliver had some advice: Quit.

Losing the presidential campaign is not an option for Trump, Oliver said, because “his entire brand is built around not doing that.” Pivoting and resetting his campaign would mean “ramping up hatred in speeches, injecting poison into the American bloodstream,” and if he won, he’d be “living in government housing, conversing with fully-clothed women and traveling in a plane that doesn’t even have his name on it,” Oliver said.

Noting both scenarios are unappealing, Oliver then suggested Trump should just “drop out and tell America this entire candidacy was a stunt.” Oliver advised Trump that dropping out of the presidential race “in order to teach America a lesson” about bigotry and the flawed political system, “you would not be a loser, you would be a legend.”

Finally, the HBO comedian ended the program by personally inviting Trump to appear on Last Week Tonight (something Oliver previously promised would never happen) in order to deliver such a speech bowing out of the race for the White House. Oliver even promised to provide a Trump-style podium surrounded by a copious amount of American flags and the word “Trump” emblazoned in huge letters.