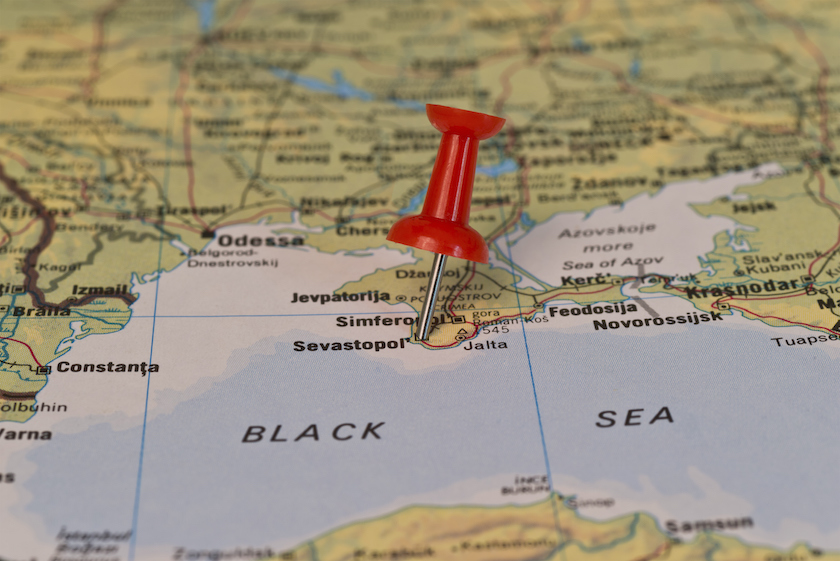 More than two years after Russia annexed Crimea and promised its 2 million people a better life, residents say prices have soared, wages and pensions have stagnated and tourists have fled.

The sunny and mountainous Black Sea peninsula is back in the news, with Russian President Vladimir Putin accusing Kiev of sending infiltrators across the border to wreck its industry. But locals say the damage has already been done by Moscow’s neglect.

“We joined Russia and they stopped giving a damn about us,” Yevgeny, a worker at a titanium plant in the town of Armyansk told Reuters.

“People are naive. They thought that if we were part of Russia, everything would be Russian. Prices have now jumped to the Russian level, but wages have stayed the same. That’s the main problem.”

Fearing reprisals from his boss, Yevgeny declined to give his surname, as did other workers who spoke to Reuters.

Armyansk, a sleepy Crimean town near the newly-established border with Ukraine, is not far from where Russia says it fought armed clashes with Ukrainian infiltrators last week. Kiev says the clashes never took place and Moscow fabricated the incident as a possible pretext for new military action against Ukraine.

The alleged plot has dominated headlines in Crimea, distracting attention away from the region’s own problems. But according to some residents of Armyansk, a long way from Crimea’s Tsarist-era palaces and its picturesque mountainous sea coast, those problems urgently need addressing.

Armyansk has never been prosperous. A quarter of the town’s 20,000 people work at the Crimea Titanium chemical plant, riding in dozens of identical green passenger buses to the factory from the town each morning, and back again in the afternoon.

When Crimea was controlled by Ukraine, goods and services were affordable, and the plant’s workers were able to treat themselves now and then, they say. But after Kiev blocked freight supplies last year prices soared.

“I can only buy food and it’s hard to buy clothes,” said Pavel, a technician, who said he was paid 17,000 roubles ($265) a month. That is only around half the average monthly income in Russia.

“It would be enough in Ukraine because prices were lower. I’m shocked. My wage is stuck and everything grows in price.”

Three other workers who spoke to Reuters described monthly salaries ranging from just 10,000 roubles for a laboratory assistant to 21,000 for a man who runs an engineering department.

The Crimea Titanium plant is controlled by Ukrainian tycoon Dmytro Firtash. His spokesman and the plant’s management did not reply to for requests for comment.

Russia is building a bridge to link Crimea to southern Russia it hopes will establish a new supply route and reduce consumer prices. However the first trucks are not expected to be able to use it until 2018 at the earliest.

Moscow is aware of Armyansk’s woes. It put it on a list of more than 300 Russian towns identified as needing state-backed investment to diversify their economies. When contacted by Reuters, Crimea’s economy ministry said no projects in the town had yet been developed.

Russia announced plans to invest 680 billion roubles (around $10 bln) in Crimea between now and 2020. That is on top of the billions of roubles it spends each month on pensions and payments to teachers, doctors and government employees.

Pensioners, state employees and people working in the tourist industry were expected to enjoy a significant financial uplift after annexation. Instead, the rouble has lost about half of its value against the dollar since 2014 due to lower oil prices and Western sanctions.

In May, Russian Prime Minister Dmitry Medvedev was filmed during a visit to Crimea being confronted by a woman who complained about low living standards for Crimea’s half million pensioners.

Medvedev’s reply went viral online: “We simply have no money … Bear up.”

With its spas and Black Sea coast, Crimea has been a popular tourist resort since the Tsarist era, when Anton Chekhov wrote about illicit liaisons among the fashionable gentry vacationing on the Yalta promenade.

Putin said last year that tourism in Crimea should be profitable and Moscow would consider measures to attract foreign visitors. But annexation has cut the peninsula off from Ukrainian holidaymakers who mainly arrived by train, and their numbers have not been made up by Russian tourists, who must travel by air to get there.

When Crimea was controlled by Ukraine, 6 million tourists a year visited, according to official data. Post-annexation, the number of tourists dropped sharply and has yet not recovered.

“When we were in Ukraine, there were more people. You could hardly make your way through the crowd,” said a bored-looking waiter on the smart terrace of a nearly empty restaurant called Europe, close to the sea in Yevpatoriya, a popular resort.

Natalya, a waitress at Dulber, another restaurant in the town, said the customers that do come spend much less money than they used to when the peninsula was part of Ukraine.

“People now are reluctant to spend money, they make minimal orders and we are tipped less,” she said. “We have a rouble crisis now, prices are high. People come from Russia and they are shocked by the high prices in Crimea. We’re shocked by them ourselves.”