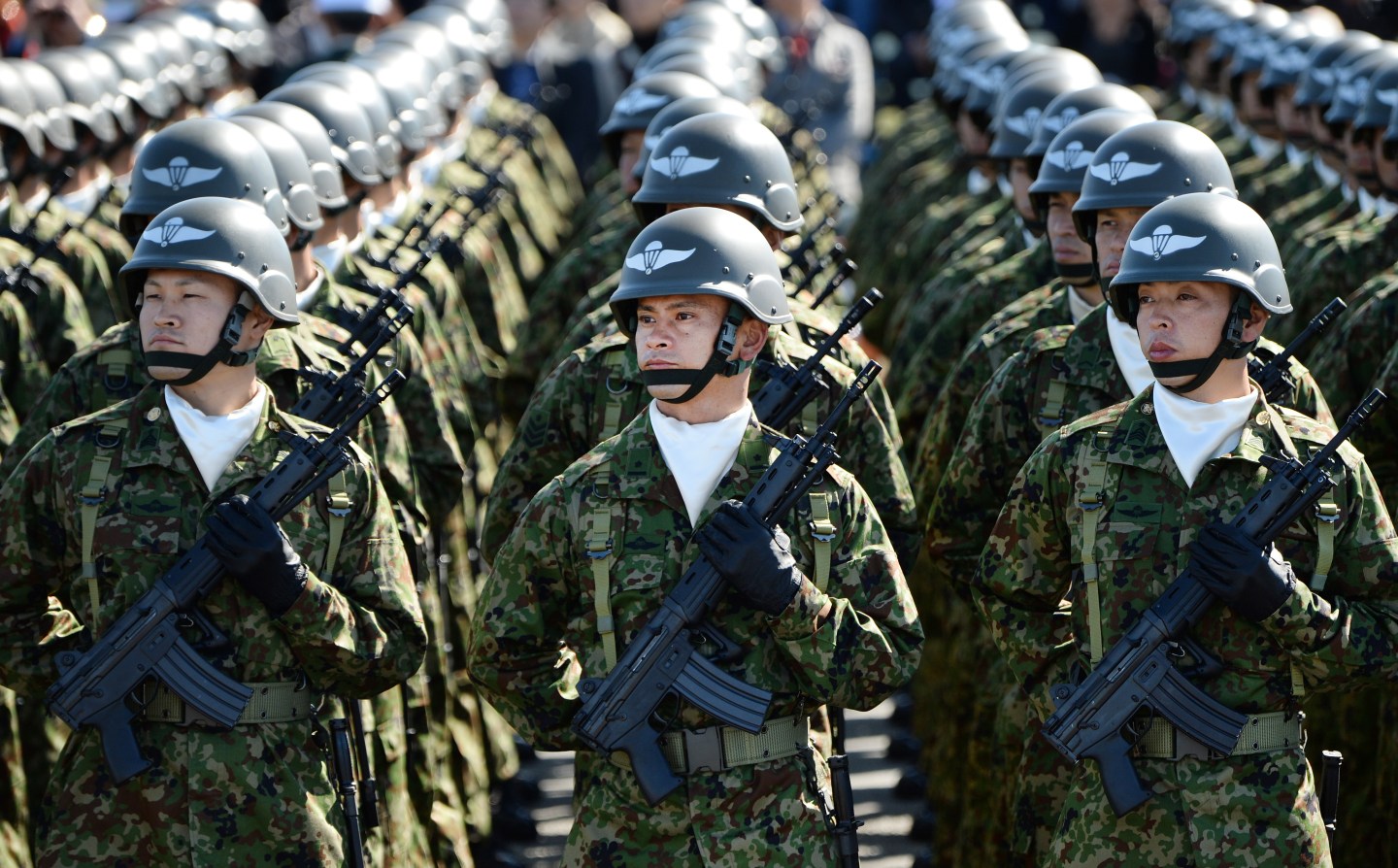 Japan’s defense ministry will seek a record budget of 5.16 trillion yen ($51 billion) for fiscal 2017, as tension rises in the East China Sea and North Korea steps up its missile threat, a government official with direct knowledge of the plan said.

The hike of 2.3% over this year’s budget of 5.05 trillion yen marks the fifth successive annual increase sought by the ministry, which is keen to stiffen Japan’s defenses as North Korea upgrades its ballistic missile technology.

Japan will formally unveil budget requests for its defense and other ministries later this month, in line with usual practice.

The defense ministry’s request covers the 100 billion yen cost to upgrade Japan’s PAC-3 missile defense system, said the source, who declined to be identified, as he was not authorized to speak to the media.

Such an upgrade would roughly double the missile system’s range to more than 30 km (19 miles), other sources have said.

The budget proposal also includes the cost of production of the Block IIA version of the Standard Missile-3 system being jointly developed with the United States to shoot down missiles at higher altitudes, the source added.

Also included in the budget request is the cost of strengthening Japan’s coast guard in the southern islands of Miyakojima and Amami Oshima, to allay worries over neighbor China’s more assertive activities in the East China Sea, said the source.

Tension mounted this month after a growing number of Chinese coast guard and other vessels sailed near disputed islets in the East China Sea.

Japan, China and South Korea are in talks to hold a meeting of their foreign ministers next week, Japanese media said this week. China’s foreign ministry admitted the three were in talks, but revealed no date for the meeting.