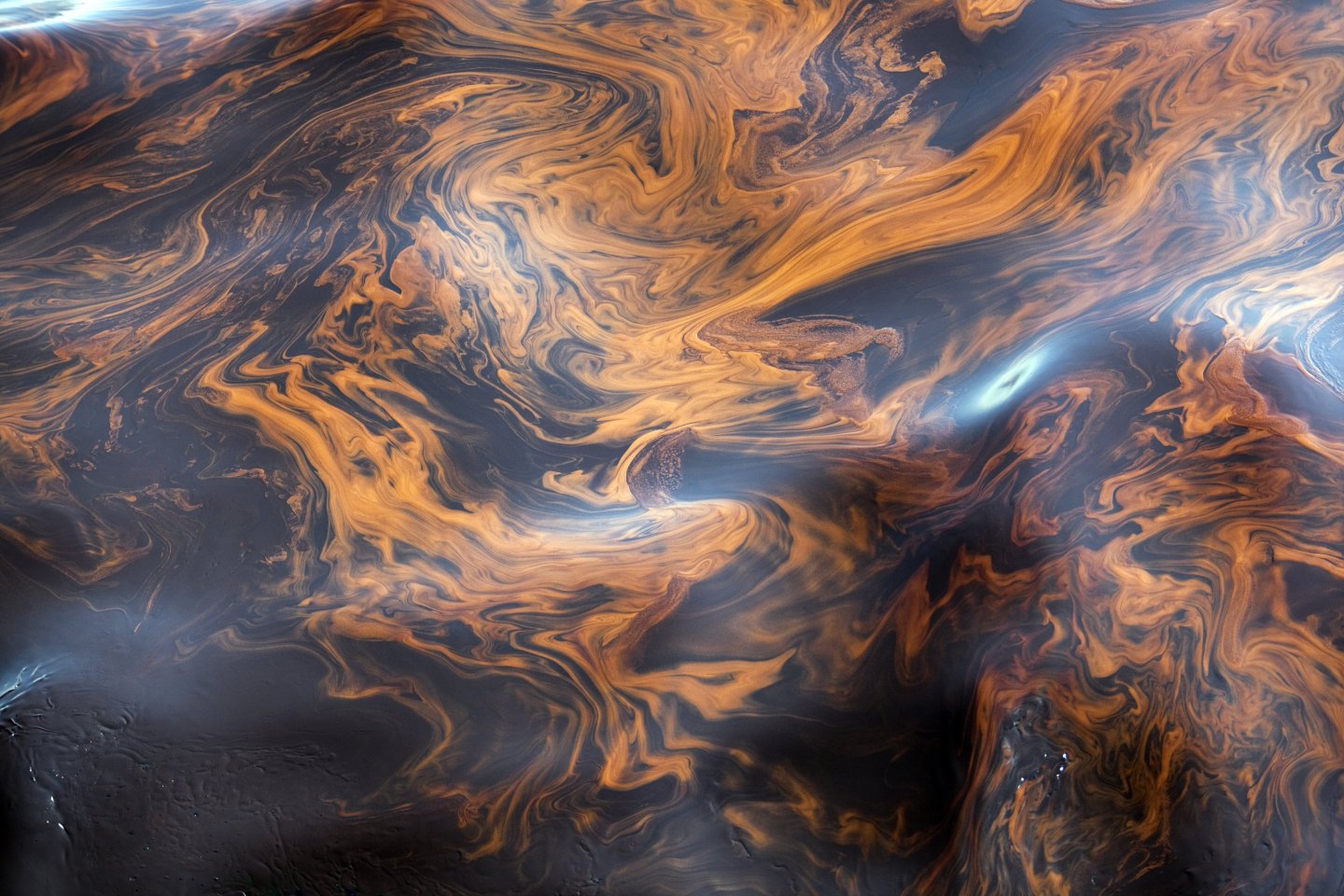 GULF OF MEXICO - APRIL 27: Pools of crude oil float on the surface of Gulf of Mexico waters at the site of the sunken BP/Transocean oil drill the Deepwater Horizon as seen from the deck of an emergency oil-skimming response vessel on April 27, 2010. (Photo by Benjamin Lowy/Getty Images)
Benjamin Lowy/ Getty Images

A prominent Texas lawyer was acquitted on Thursday of charges he made up thousands of fake clients to sue BP (BP-PLC) for damages that the oil company caused in the 2010 Gulf of Mexico spill, court records show.

Mikal Watts was among five defendants found not guilty by a Mississippi federal jury of charges related to an alleged scheme to defraud a program set up by BP to compensate people who suffered economic losses from the spill. Two other defendants were found guilty.

The U.S. Department of Justice had accused the defendants of submitting claims on behalf of more than 40,000 people who had not agreed to be represented by Watts’ firm, or else were identified with stolen or bogus Social Security numbers and other personal information.

According to the indictment, one alleged victim, named Lucy Lu, who supposedly was a deckhand on a commercial seafood vessel, was actually a dog.

BP last month estimated it would incur $61.6 billion of overall liabilities for the April 20, 2010 spill, including for cleanup costs, damages claims and regulatory penalties.