Why Microsoft and a Boy Band Pranked the Dutch Public 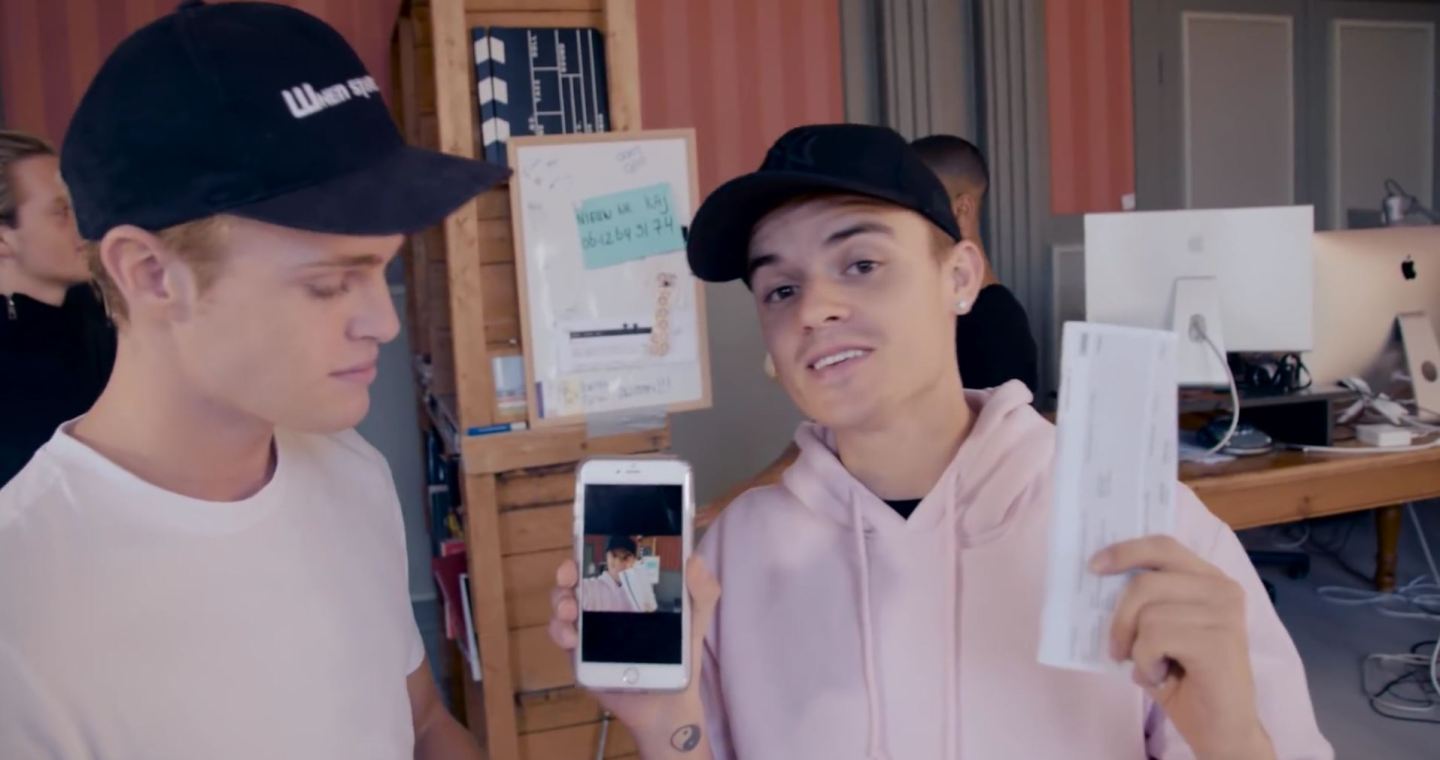 The number was in the background of a selfie Jurado posted to Instagram and Snapchat on Thursday morning. It was only up for 20 minutes, but within the next day, van der Voort received over 600 phone calls and 4,000 WhatsApp messages from fans.

Only it was no accident—it was a stunt, perpetrated in partnership with Microsoft, to warn teenagers about revealing too much online.

B Brave and Microsoft revealed the hoax nature of the incident on Friday in a YouTube video. (You might want to either brush up on your Dutch or turn on captions and auto-translate.)

In the video, the teen idols warn their fans not to put phone numbers, email addresses, and racy pictures out there without thinking of the consequences.

Microsoft also revealed the results of a survey that PanelWizard conducted among Dutch teens on its behalf, which apparently showed around a quarter of respondents had shared login information with friends, around 60% used the same passwords across multiple services, and almost one in five had experienced other people signing into their accounts without their permission.

A Microsoft spokeswoman told Fortune that the prank (for which B Brave did not charge) was particularly aimed at raising privacy awareness among the young girls that constitute much of their audience.

For more on passwords, watch:

“These are vulnerable audiences if you look at online behavior,” the spokeswoman said. “They don’t realize that what they’re doing online, they can potentially harm themselves.”