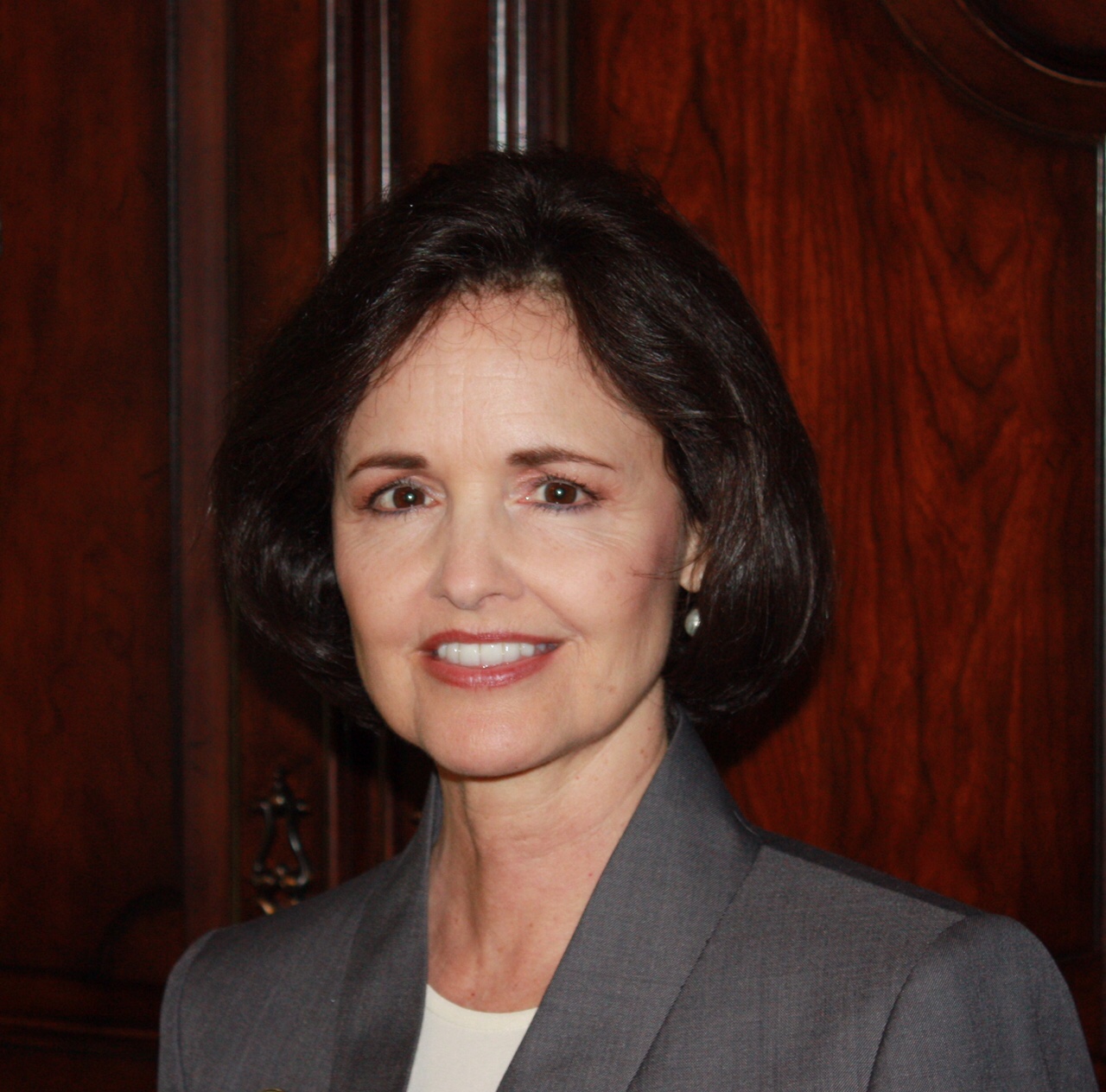 He is pitching himself as the best man for the presidency based on his track record as businessman, and his ability to surround himself with the “best” people—not on his knack for writing white papers. This, of course, means that it is important for voters to understand whom he is surrounding himself with, and what sort of ideas they hold.

With this in mind, Fortune reached out to Dr. Judy Shelton, one of two economists recently named to Donald Trump’s economic advisory team, and the only woman to hold that title. Shelton is a senior fellow and co-director of the Atlas Sound Money Project, whose mission is to promote the principles of sound money and raise awareness of what they see as the inherent problems of our current monetary system. Dr. Shelton first rose to prominence when she predicted the economic collapse of the Soviet Union in 1989, two years before it transpired.

Fortune discussed with Dr. Shelton what sort of advice she is passing along to the Republican nominee and what she thinks about the biggest economic questions of the day. The interview has been edited for length and clarity.

How did you become involved with the Trump campaign?

Dr. Shelton: I have over the years advised a number of Republican candidates, going back to Jack Kemp and more recently Marco Rubio, Ted Cruz, and Ben Carson. I’ve worked for a long time with Stephen Moore and Larry Kudlow, and Larry asked me if I had some thoughts for the Trump campaign on the issues I discuss most, namely international monetary relations, currency, and trade issues. I’ve been intermittently sending Larry my thoughts in the form of memos on these issues.

Have you spoken with Mr. Trump directly?

I met him back in the early nineties at some gatherings, both social and business related. But I haven’t spoken directly with him since he’s been a candidate. I have been communicating through [Trump national finance chair] Steve Mnuchin and [economic advisor] Larry Kudlow.

Your first book was on the economic collapse of the Soviet Union: How does that experience inform how you look at the world?

Four years ago I wrote an article for The Wall Street Journal titled, “The Soviet Banking System—and Ours.” What concerns me is that central banks around the world, the ECB, the Bank of Japan are now buying corporate assets. I’m wondering how far away we are from the Fed thinking it needs to branch out and buy corporate assets. Will these corporate assets be those from firms that are politically connected?

My work on the Soviet Union was an analysis focused on the banking system, and how the banking system in the Soviet system became a way to channel credit to state-owned institutions and state-owned enterprises. And I worry that banks are becoming partners with the state in managing the economy. I’m very uncomfortable with how complicit banks are becoming through the their mandatory membership in the Federal Reserve.

If you had been Fed Chair in 2008, how would you have changed monetary policy?

The Fed’s ultimate responsibility is acting as the lender of last resort. They did what they had to do in terms of lending to distressed institutions, but the short answer is that I would have gotten back to normalization of interest rates much more quickly.

More broadly, I think we need a fundamental reassessment of the global monetary order. I’m glad that Chairman Kevin Brady of the House Ways and Means Committee has proposed a monetary commission and really looking at what is the relationship between economic performance and the exchange rate regime, and to whether we need a rules-based monetary policy, and what should be the role of central banks.

You’ve written before about going back to some sort of gold-based monetary system. Is that something the U.S. could do unilaterally, or would we need to convene other nations and get them on board?

I’m not opposed to a new Bretton Woods conference, and if it takes place at Mar-a-Lago, I’m fine with that. But anything the U.S. does because we print the international reserve currency, unilateral action would almost instantly be accommodated by other countries.

In terms of gold being involved, some people may think of that as a throwback, but I see it as a sophisticated, forward-looking approach because gold is neutral and it’s universal. It’s a well-accepted monetary surrogate that transcends borders and time. If you look at the foreign reserves of the most important countries, they keep them mostly in gold. I don’t want to read too much into it, but it proves that gold is not some barbarous relic.

Would the first step in that be issuing gold-convertible bonds?

Don’t attribute this idea to the Trump campaign, but it has been something that I have been proposing for years now. A gold-backed bond was first proposed in 1981 by Alan Greenspan. I think the U.S. should issue them as an experimental pilot program, similar to the TIPS bond, that compensates people who are concerned about the future value of the dollar. For those who are concerned about a big financial meltdown, these bonds would give them some insurance, as gold tends to rise in price during periods of financial stress.

The Chinese would welcome this development, because it would likely be a stabilizing force for the value of the dollar and protect their dollar holdings. I also think they are the most likely country to provide a parallel instrument. If China were to offer a similar instrument where five years from now you can get back x amount in yuan or an ounce of gold, five years from now both the U.S.-issued instrument and the China-issued instrument are worth the same thing, an ounce of gold. So now you start getting projections of a stable exchange rate determined by market forces.

If this practice starts to spread to even more countries, you would start to see the semblance of a future stable exchange rate system with those exchange rates being determined by what market forces believe about the future value of those currencies.

What would you advise the Trump campaign about what it’s been saying about trade?

I like it whenever [Trump] says “I believe in free trade.” And he says it all the time. What he doesn’t like is allowing countries to engage in activities that undermine the principles of free trade. You can’t homogenize the cost of labor or labor standards or environmental standards. But what you can do is address the problems of our international monetary system.

It used to be economic doctrine that stable exchange rates brought about optimum financial flows and investment, and optimum decisions about where to produce goods and where to buy and sell goods and services. And I still think it’s the case that the proper monetary foundation for genuinely free trade has to be stable exchange rates. That way you can’t manipulate currency to get an advantage. Currency manipulation is like saying you’re competing in the 100-meter dash, and at the last minute one runner gets to redefine a meter as a centimeter, and still be declared the winner.

It’s not fair to say that people who are criticizing currency manipulation to be called protectionist. I give Donald Trump a great deal of credit for focusing on that issue.

Donald Trump has also made comments referring to a coming economic crisis. Do you think we should worry?

I commend him for being willing to talk about it, as it’s the elephant in the room. I think it’s perfectly legitimate to question whether the current monetary system we have is working, and whether we’ve solved the imbalances that led to the last crisis.

The Trump Campaign has argued for spending big on new infrastructure at the same time that it wants to build up the military and cut taxes. It hasn’t put forward much in the way of spending cuts, however. Do you think we need to be worried about deficits and the debt?

I’m always worried about deficits and the debt and ideally [want] a balanced budget. But these are really difficult times, and I think following the model of Ronald Reagan, where the focus was on pro-growth policies, is wise right now. On corporate taxes, I think the 15% rate will have a huge impact on small and not-so-small businesses. That’s fiscal stimulus, and I like that a lot better than stimulus that’s just more government spending.

The fact that Trump is a builder and a businessman makes me confident that he can bring his track record of finishing projects on time and under budget to the federal government. It’s the wasteful government spending that ends up being the problem.