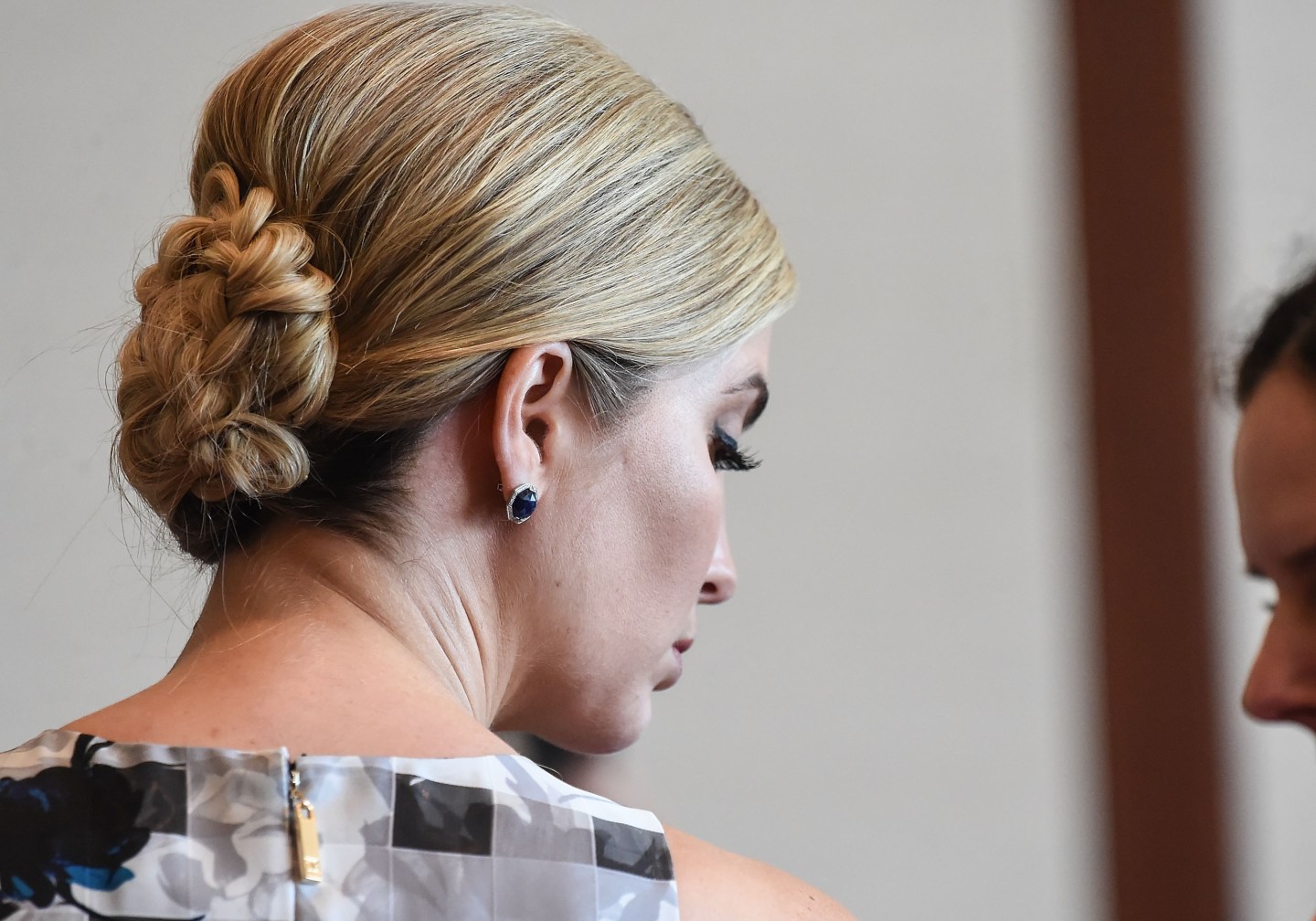 On Tuesday night, Lady Grey, a Brooklyn-based jewelry brand, wanted to let everyone know who their vote is with in the upcoming election. After Ivanka Trump supposedly placed a personal order with Lady Grey, Jill Martinelli and Sabine Le Guyader, the brand’s co-founders, penned a letter to Trump to accompany her shipment.

Thy posted an image of the letter on Instagram. It read: “Dear Ivanka, thank you so much for your web order! We’re happy to let you know that the proceeds of your sale have been generously donated to the American Immigration Council, the Everytown for Gun Safety Organization, and the Hillary Clinton campaign. We hope you enjoy your new Lady Grey #helixearcuff.”

Martinelli and Le Guyader signed their names on the bottom, and tagged Trump’s Instagram in the post.

In an interview with Refinery29, Martinelli and Le Guyader said that while they were “flattered” to know Trump was a customer, they strongly disagreed with the ideals of her father’s presidential campaign: “When we received her order, we instantly felt compelled to take the money and donate it to a few organizations that were more aligned with our ideals.”

A spokesperson for Trump had no comment when contacted by Motto.

While Lady Grey has received support for their actions, they seem to have gone astray of their own privacy policy, which states that they do not use a client’s personal information for any “secondary reasons” unless they “either ask you directly for your expressed consent, or provide you with an opportunity to say no.” It seems a purchase would fall under the category of “personal information,” and most consumers, famous or not, probably have a reasonable expectation that their purchases are just that: their own. But in a later clause, the company reserves the right to alter their privacy policy at any time.