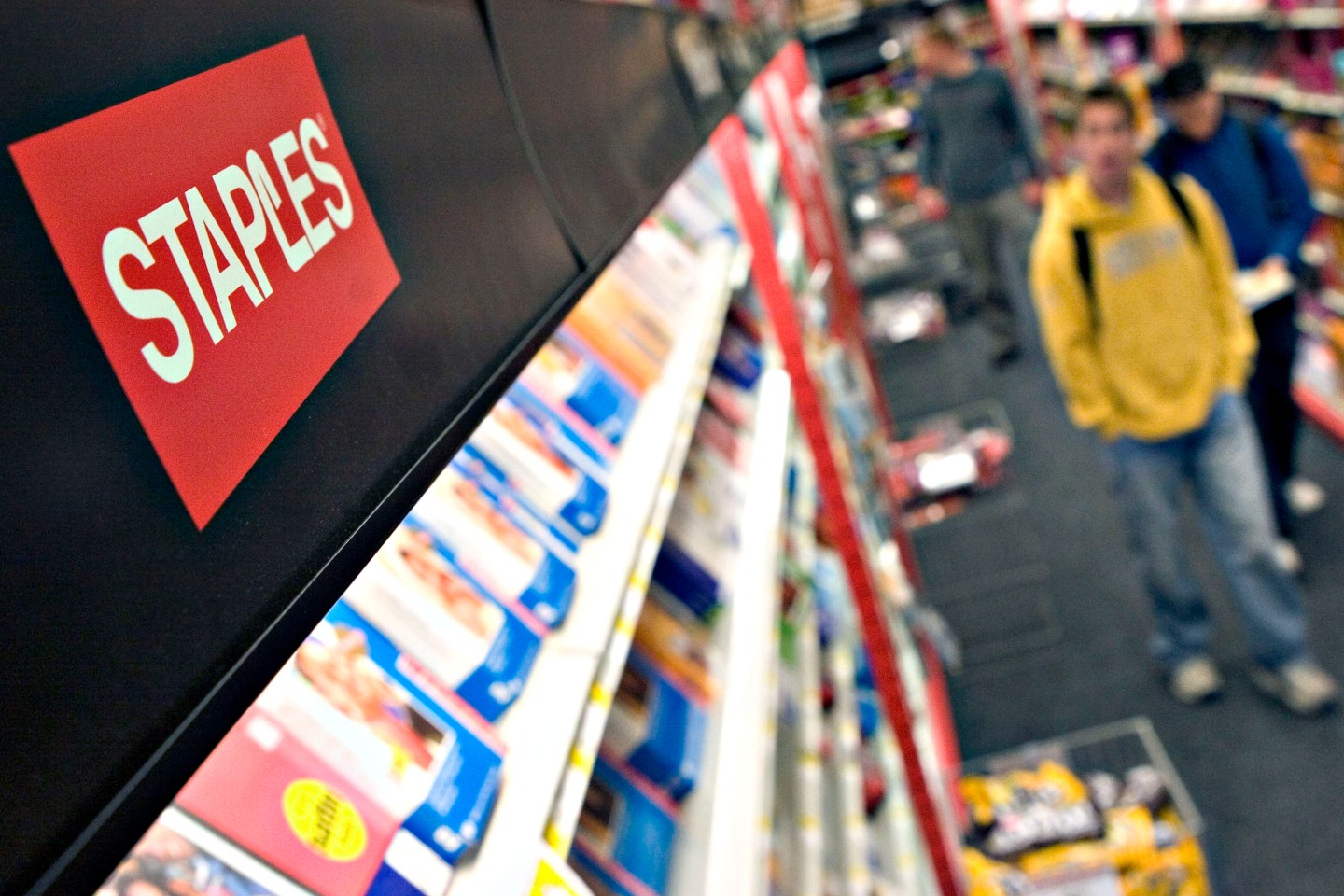 Customers shop inside a Staple's store in Allston, Massachusetts, Tuesday, May 16, 2006.
Photograph by JB Reed — Bloomberg via Getty Images

Staples (SPLS), the biggest U.S. office supplies retailer, forecast its 15th straight quarter of declining sales as it closes stores in the face of intensifying competition.

Staples and former merger partner Office Depot (ODP) are struggling to compete with Walmart (WMT) and Amazon (AMZN) at a time when people are using less stationery.

Framingham, Massachusetts-based Staples said on Wednesday its total sales fell 3.7% to $4.75 billion in the second quarter ended July 30. Analysts on average had expected sales of $4.77 billion, according to Thomson Reuters I/B/E/S.

Sales at the company’s established stores in North America fell 5%, worse than the 3.1% drop analysts polled by research firm Consensus Metrix had expected.

Apart from trying to buy Office Depot – a deal that fell apart over antitrust concerns – Staples has been responding to tough conditions by closing stores and focusing on serving medium-sized businesses rather than Fortune 500 ones.

Staples is also focusing on offerings other than office supplies, such as electronics and furniture, and said in May it would step up deliveries to 80% of total North American sales within three years in an effort to compete with Amazon.

Staples said it expected sales in the current quarter to decrease from the same quarter last year but did not provide a specific forecast.

Staples’ shares were down 1.3% at $9.30 in light premarket trading. The shares have lost about a third of their value in the past 12 months.