There’s a Dog Version of Airbnb, Uber and Pretty Much Every Other Service You Use 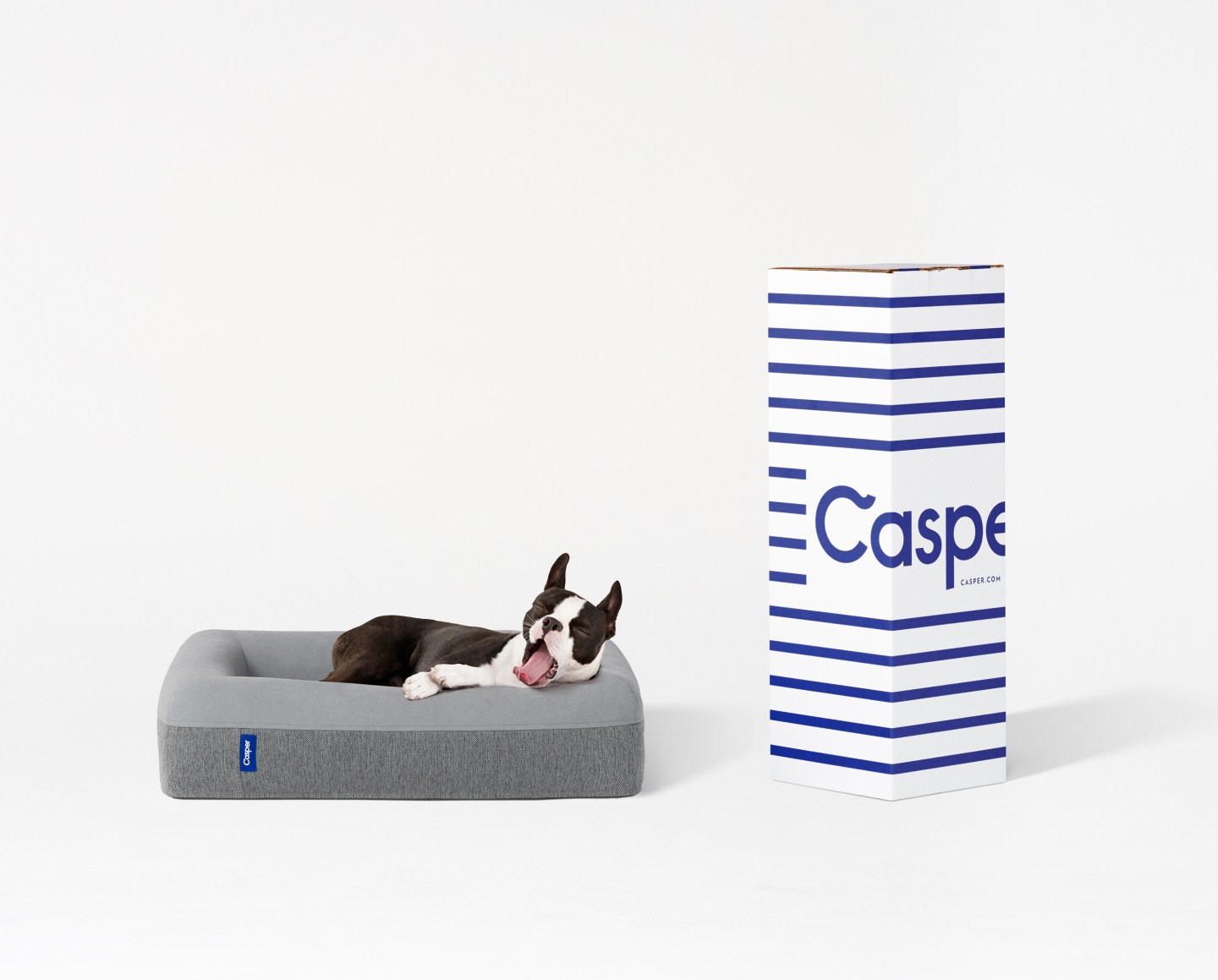 You may have heard of Casper, the flashy startup that’s been credited with “waking up” the sleepy mattress industry by selling direct-to-consumer. Casper, as you probably guessed, makes mattresses for humans.

But not just humans. At least, not anymore. Starting today, the New York City-based company is courting a new type of customer: “Designed by the same brilliant engineering team behind all of Casper’s sleep products, the dog mattress is a universally comfortable sleep surface for our four-legged friends,” it announced via press release. The beds, which come in small (for dogs less than 30 pounds), medium (less than 60 pounds), and large (less than 90 pounds) cost $125, $150, and $225, respectively.

On the surface, this appears a tad ridiculous. Does a dog really need an $100-plus mattress designed by a “brilliant engineering team?” Can’t it just sleep on normal dog beds or, God forbid, the floor? Casper is betting that for many owners, the answer to the above question is a resounding no.

It didn’t reach this conclusion in a vacuum. Americans are spending a lot of money on their pets. The pet industry is projected to take in nearly $63 billion this year in the U.S., up more than 8% from 2014, according to the American Pet Product Association. Much of this growth is driven by an explosion in high-end offerings. Increasingly, we’re willing to treat our pets as if they were children, splurging on fancy treats, spa treatments, and even custom couture. Ninety-five percent of pet owners in the U.S. said they consider their pets to be part of the family, according to a Harris Poll — up 7 points from a still staggering 88% in 2007.

Related: Mattress Startup Casper Is Trying to Become the Amazon for All Things Sleep

Casper isn’t the only startup to try and capitalize on this trend. Today, many of the Silicon Valley-esque products and services we enjoy as humans — from on-demand rides, to activity trackers, to pre-cooked, hand-delivered meals — also come in dog-friendly formats.

As the so-called “humanization of pets” continues, we’ll likely see more of these services pop up. For now, here’s a partial list of the dog versions of popular human-facing startups.

Human version: Blue Apron, a company that sends subscribers “dinner in a box,” a package that includes prepared ingredients plus detailed cooking instructions.
Dog version: Just Food for Dogs, a service that sends subscribers meal-kits to cook at home, except instead of for humans the prepackaged meals, which contain “human grade nutrients,” are designed for dogs.

Human version: Seamless, an online food ordering service that facilitates takeout and delivery options from a network of restaurants.
Dog version: Pet Plate, a service that delivers precooked meals for dogs (options include Turkey and Brown Rice, Fish and Potatoes, and Beef and Vegetables).

Human version: Fitbit, an activity tracker that monitors steps walked, heart rate, and sleep quality, among other data points.
Dog version: Whistle, a GPS-enabled tracking device that attaches to a dog’s collar to monitor activity level. The corresponding app allows owners to “get a daily activity goal customized to your dog’s age, breed, and weight.”

Human version: Tinder, a dating app that matches users based on location.
Dog version: TwinDog and Bark’N’Borrow, two apps that connect nearby owners looking to set up “play dates” for their dogs.

Related: How an App Glitch Left Pets Without Food

Human version: WeWork, a coworking space that rents desks to entrepreneurs, startups and freelancers.
Dog version: The Ruff Club, a dog friendly social club where owners can work while their dogs play.