What Goldman Sachs CEO Lloyd Blankfein Would Tell His Younger Self 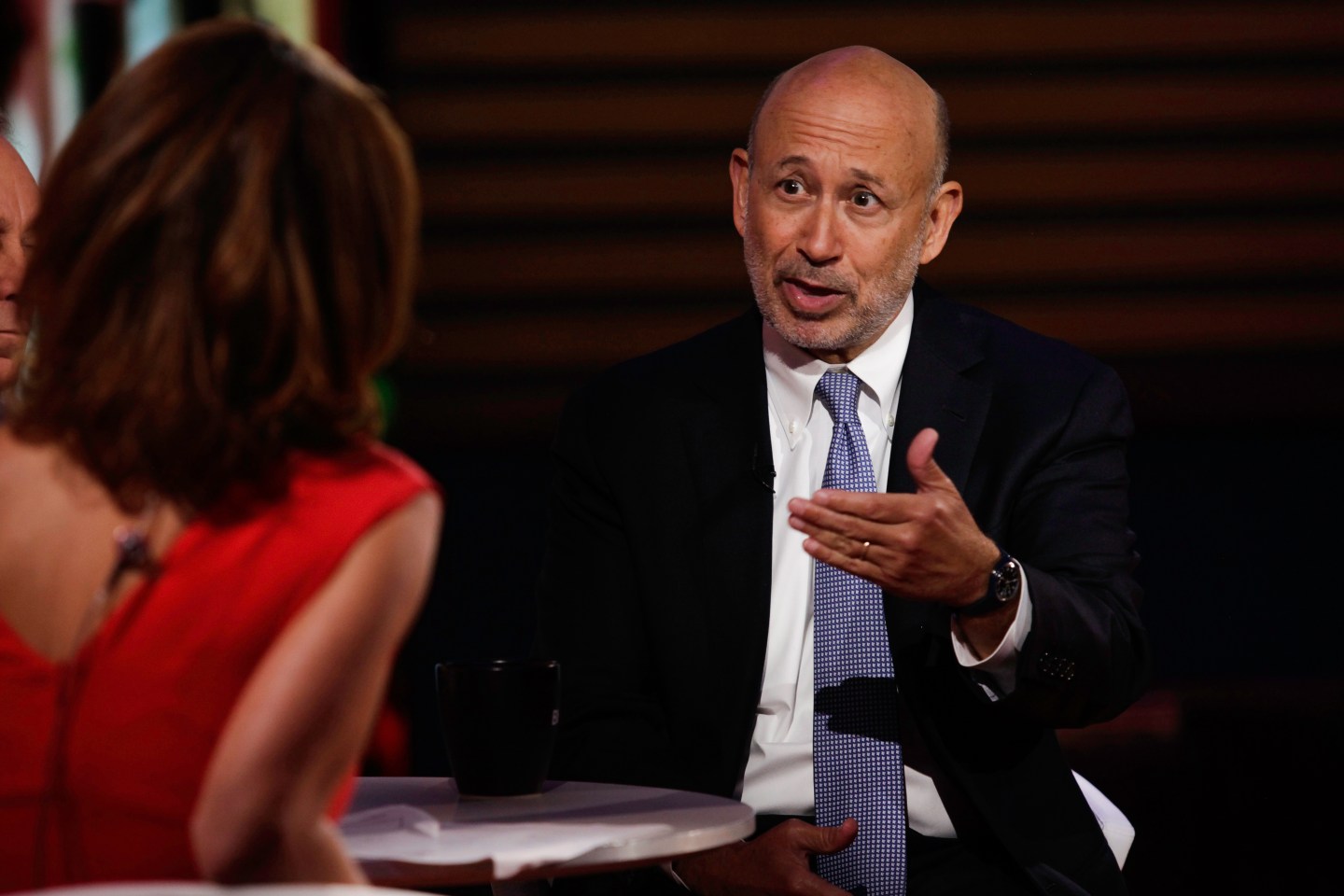 Lloyd Blankfein, CEO of Goldman Sachs Group, is photographed during a TV interview in the Bloomberg Offices in New York, NY, U.S., on Wednesday, July 29, 2015
Photograph by Chris Goodney — Bloomberg via Getty Images

Lloyd Blankfein’s climb from a peanuts seller at the Yankee stadium to running one of the world’s most prominent banks must have taken countless hours of focus, determination, and self-discipline.

But if there’s anything the Goldman Sachs CEO could’ve done differently, it would’ve been loosening up, Blankfein told an audience of Goldman interns earlier this week.

When asked what advice he would give young people, Blankfein replied, “Chill out.”

“There’s not a sport or activity in life where you have a really hard grip, you actually do better,” Blankfein said. “Whether it’s baseball or golf or kicking a ball, the looser you are, the further the thing goes… If you’re tight, you’re not necessarily better.”

The 61-year-old CEO noted that it seems to be a particular problem for the current generation. While Blankfein started out as a lawyer, he didn’t worry seriously about his long-term career path until his late 20s.

“Now people feel like that when they’re 16, which I think is one of the oppressive features of this generation,” he said. “People start marking themselves to market. Versus their friends and people they read about when they’re about 18, and think if they haven’t dropped out of college and started something by the time they’re 19, they’re over the hill.”

The New York native also made another surprising suggestion. Read history books over markets and economics texts when you’re young.

“You can see that all these people who did really great things failed six times, or didn’t get going until they were much older,” he said. “I think that’s much more instructive and educational.”

Though Blankfein admitted that the anxieties of his youth still persist. The now CEO wasn’t the best student in his undergraduate years in Harvard University, where he majored in social studies.

“I’m not even sure I met the requirements for my major,” he said. “But I still have nightmares where I have to go to my drawer to make sure, to remind myself that I actually got it.”