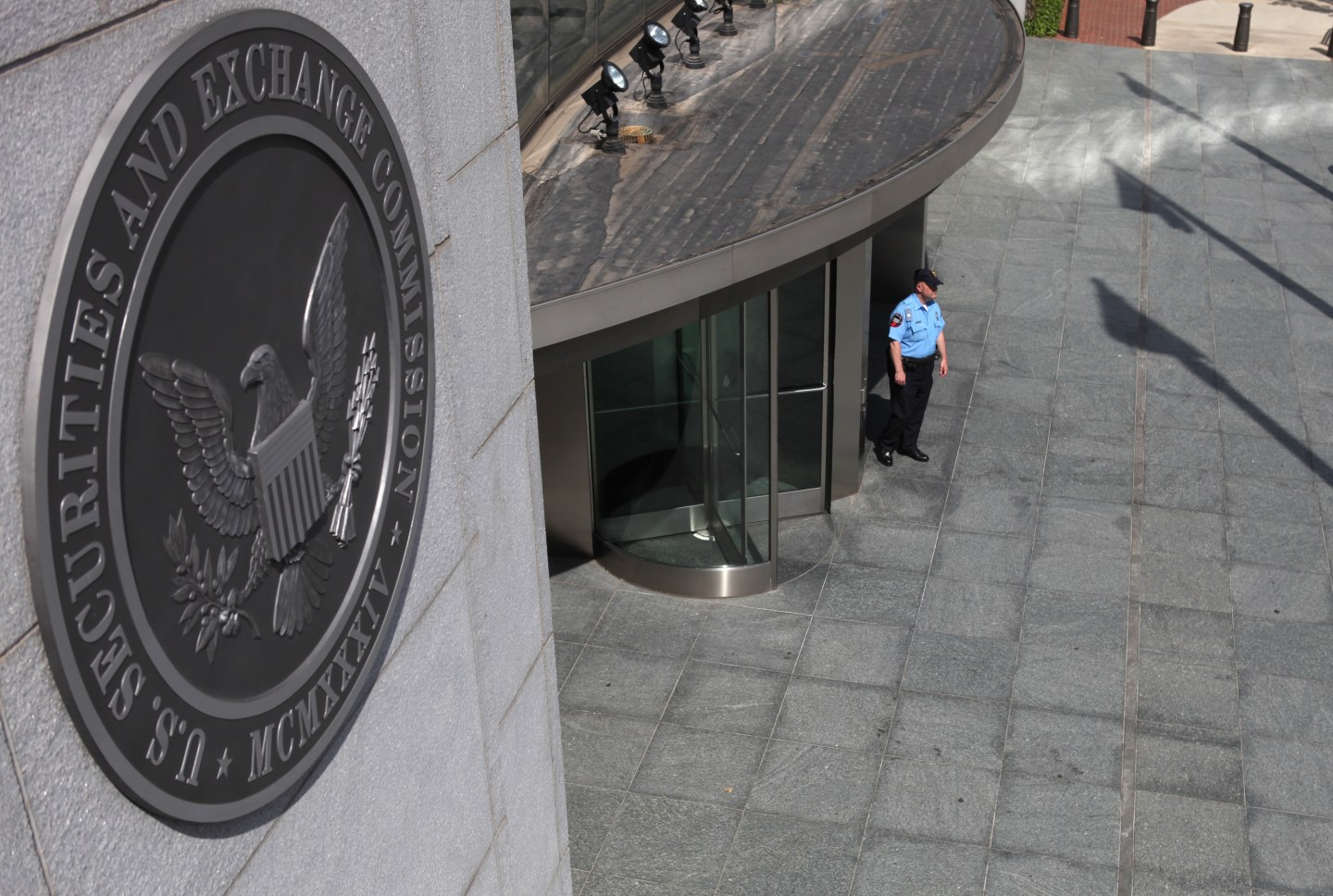 A security officer stands outside the U.S. Securities and Exchange Commission headquarters in Washington, D.C., U.S., on Tuesday, May 10, 2011. The SEC, after passing rules last year that made money-market mutual funds more liquid and more transparent, is considering whether further changes are needed. Photographer: Rich Clement/Bloomberg via Getty Images
Rich Clement/Bloomberg via Getty Images

A hedge fund manager paid terminally ill patients to use their names in a bond-buying scheme that generated $9.5 million in profits, a U.S. securities regulator said on Monday.

Donald “Jay” Lathen, Jr., who manages Eden Arc Capital Management LLC, was charged with fraud after putting the patients’ names on joint brokerage accounts, along with his own, so he could buy bonds for his fund and profit by selling them back to issuers when the patients died, according to a U.S. Securities and Exchange Commission complaint.

Lathen opened 60 such accounts since May 2011, but none listed his fund as the owner or Lathen as an agent. The fund could not legally be a joint owner with survivorship rights because it is a corporate entity, the SEC said.

“We have no doubt that Mr. Lathen’s investment strategy is entirely legitimate and violates no law, and we intend to vigorously defend him against the SEC‘s meritless charges,” said Lathen’s New York-based lawyer, Harlan Protass, in a statement. “Mr. Lathen looks forward to clearing his name.”

Lathen will be able to refute the SEC‘s allegations in an administrative proceeding.

According to the SEC‘s complaint, the 48-year-old hedge fund manager used contacts at nursing homes and hospices to help him identify patients who had less than six months to live. He promised the patients $10,000 in exchange for becoming a joint account owner.

See also: The Ugly Ways the Pension Crisis Is Affecting Your Kids’ School

Lathen promoted an “end of life financial assistance program” to the terminally ill through EndCare, a company he founded in 2009, to induce them to sign on to the joint accounts, the SEC said.

Using those accounts, Eden Arc bought medium and long-term bonds, as well as certificates of deposits, that include so-called “death puts” that allow a deceased person’s beneficiaries to sell the bonds back to the issuers at full par value. The strategy earned money because Eden Arc initially bought the bonds in secondary markets for less than par.

As patients died, Lathen sent letters to issuers saying he was the joint owner, the SEC said. The conduct was “reckless” the SEC said, because Lathen knew the statements were false.

The fund also ran afoul of SEC rules for the proper holding of funds, known as “custody,” because Lathen listed his own name on the brokerage accounts, the SEC said.

Lathen launched Eden Arc Capital Partners, LP in 2011. From May 2011 through September 2015, the fund claimed total returns of 74.7 percent. It managed about $52 million at its peak, but that declined to $31 million in January, the SEC said.

Prior to Eden, Lathen was an energy investment banker at Citigroup Inc and Lehman Brothers.