This Gold Medalist Could Be the Next Ronda Rousey 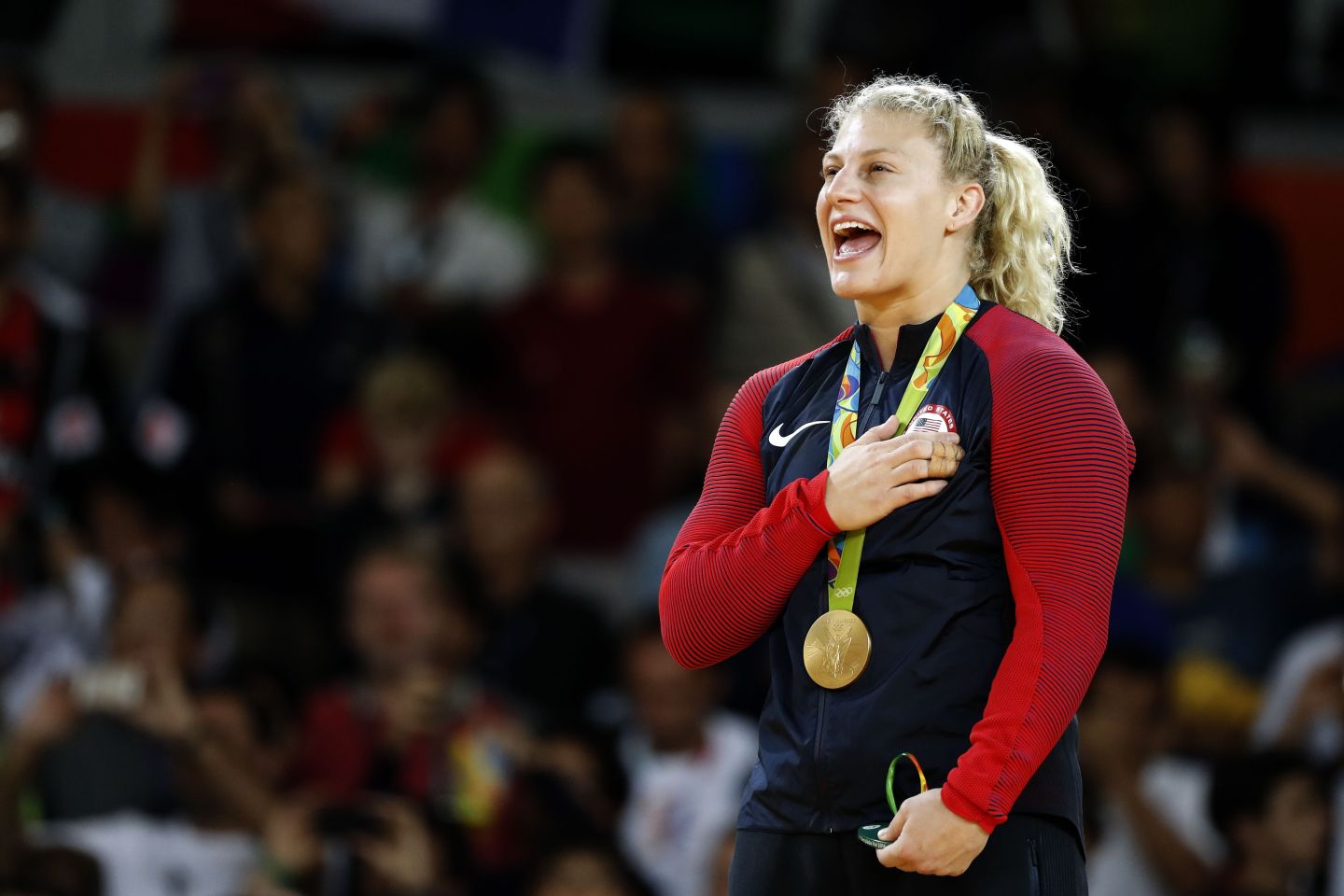 Three days after becoming the first American to win back-to-back Olympic gold medals in judo, Kayla Harrison takes a resigned breath on the balcony of a condo in Rio de Janeiro and offers her blessing. “Go ahead,” she says, a slight smile crossing her face.

Will you become a mixed martial arts fighter?

Harrison saw the question coming as surely as she sees an opponent’s foot sweep––after all, she has spent her life training to be an elite martial artist, and there may be no more lucrative way make a living as a fighter than MMA. There is good reason to think the 26-year-old from Ohio could make the jump from the Olympics to the cage. Harrison used to train with Ronda Rousey, who won bronze in judo at the 2008 Olympics, and she’s a far more accomplished judoka than her former training partner.

“Who doesn’t want to be rich and famous at some point in their life?” Harrison tells TIME. “It’s a huge opportunity for me and I think I could be really really good at it.”

But Harrison is far from ready to commit. She’s wary of the learning curve, and leery of the outsize role commercial interests play in shaping MMA success. “In judo, you show up, there’s a draw, you have a tournament and every girl fights and the best one wins. And I think in MMA it’s sort of like they pick fights,” she says. “To me that’s not really a sport. That’s entertainment.”

Rabid fans of that entertainment attacked Harrison online after her gold in Rio, when she said of MMA, “I don’t know if I’m cut out for a world where you get fights based on how pretty you are and how much you talk, and not necessarily what you’re worth in the ring.”

The intensity and ugliness of the outpouring still stings. “That’s the other thing about MMA that I don’t like,” Harrison says. “All of these people just started sending me these really mean messages, like, ‘yeah, it’s good that you’re not doing MMA because you’re not pretty.’ And all this. I’m like, ‘well, this why I wouldn’t want to do it because I don’t like – this is not a respectful culture.’ In judo, no one would ever say something like that about anybody. It’s not about how pretty you are, or what you look like. It’s about what you’re capable of on the mat.”

Still, Harrison can’t help but notice Rousey’s blockbuster success, and says her management team has talked with the UFC, Bellator, and other MMA organizations. “I’ve always had a Ronda complex,” Harrison says. “I train with her, she won an Olympic bronze medal, I got to watch it, got to follow her career.” When Harrison moved from her native Middletown, Ohio to train with respected judo coaches Jimmy Pedro and Jimmy Pedro Jr. outside Boston, “Ronda was the golden girl,” Harrison says. “She was the superstar of the club. I wanted that so badly. And then I surpassed it, you know?”

Harrison says she has “a lot of respect” for Rousey, but would be happy to see the comparisons end. “I like just being Kayla now,” she says. “I’m at the point where I’m 26, I have two Olympic gold medals, just Kayla is fine. I am who I am, and if you like it great. And if you don’t, sorry.”

Rousey has wondered if Harrison’s personality is cut out for UFC cage. “She’s a strong chick,” Rousey said about Harrison during a 2013 interview with TIME. “But she’s kind of sensitive.”

Harrison agrees with Rousey’s assessment. “Ronda is definitely grittier than me,” says Harrison, who had reconstructive knee surgery in 2013 and thought about hanging up her judogi many times over the past four years. “Which is funny, because you’d think – I didn’t have a great upbringing and everything like that. So you would think that I would have a little more toughness to me. But I’m kid of a sop. If you say mean things about me it hurts my feelings.”

Harrison has another reason to consider MMA: the growing popularity of the UFC’s women’s division could raise the profile of her Fearless Foundation, which Harrison started after winning gold in London to, as she says, “shine a light on the darkness that is child sexual abuse and to enrich the lives of survivors through education and sport.”

Harrison has become a vocal advocate for survivors of sexual abuse after she was was abused as a teen in Ohio by her coach (he’s currently serving a 10-year prison sentence for the crime). She’s writing a book about abuse with a psychologist and hopes it becomes required reading for school-age kids.

The chance to become a household name may be too good to pass up–for her and her foundation. “I think about the reach that I could have, the MMA following that they have,” says Harrison on the balcony of the condo in Rio. “It’s a household sport now. Everyone knows about it, talks about it, talks bout the fighters and the winners and the losers. It’s something I have to think about. Right now I’m kind of just enjoying the moment, and living in the moment.”

She’s earned the right to take her time.