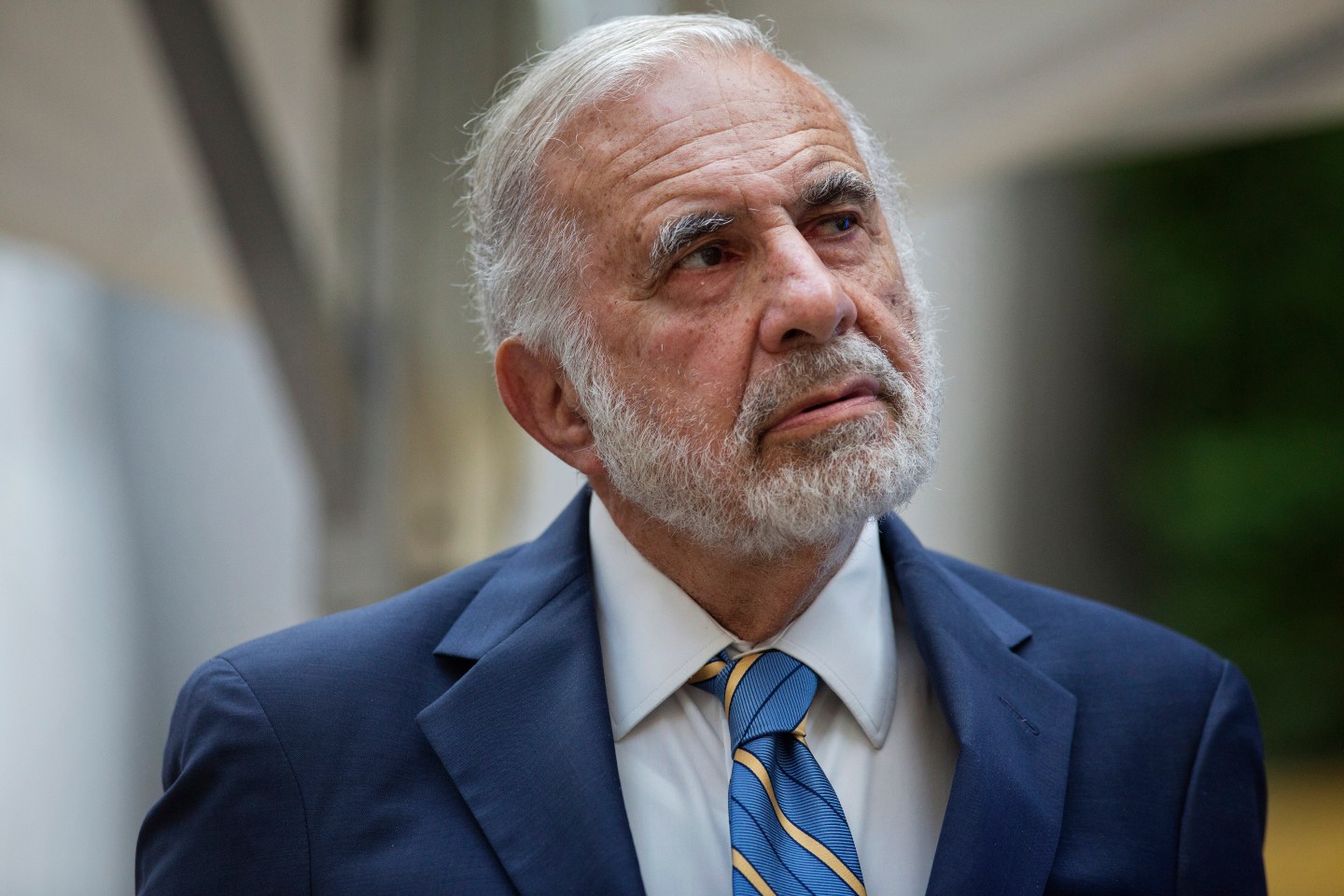 Billionaire activist investor Carl Icahn attends the Leveraged Finance Fights Melanoma charity event in New York, U.S., on Tuesday, May 19, 2015. Lyft Inc. is worth more than its recent $2 billion valuation, based on the $50 billion value of larger car-hailing rival Uber Technologies Inc., Icahn said, after he led a fundraising round at Lyft last week.
Photograph by Victor J. Blue — Bloomberg via Getty Images

Billionaire investor Carl Icahn has called on the top U.S. environmental regulator to make changes to a market for renewable fuel credits or else risk “the mother of all short squeezes” that could bankrupt refiners.

In a letter to Environmental Protection Agency administrators seen by Reuters on Monday, Icahn said “a number” of refiners could go bankrupt if the playing field is not leveled to stop disfavoring independent refiners such as CVR Energy (CVI), in which Icahn owns an 82% stake.

Icahn expressed worries about the market for renewable identification number (RIN) credits, which the EPA calls the “currency” of a renewable fuel standard program designed to reduce reliance on imported oil and the emission of greenhouse gases.

“The RIN market is the quintessential example of a ‘rigged’ market where large gas station chains, big oil companies and large speculators are assured to make windfall profits at the expense of small and mid-sized independent refineries which have been designated the ‘obligated parties’ to deliver RINs,” Icahn wrote.

“As a result, the RIN market has become ‘the mother of all short squeezes,'” he added. “It is not too late to fix this problem if the EPA acts quickly.”

Spokespeople for the EPA did not immediately respond to requests for comment after business hours on Monday. Icahn’s August 9 letter was previously reported by Bloomberg News.

Oil refiners and importers are required to prove compliance with the renewable fuel mandate by either blending biofuels or buying RIN credits from companies that are in compliance.

But the cost of the credits has risen this year as supply fell, while the EPA set more ambitious targets for blending. This can hurt refiners that do not have blending or retail outlets and need to buy RINs.

In the first half of 2016, 10 refinery owners including Marathon Petroleum Corp spent at least $1.1 billion buying RINs, putting them on track to far exceed the record $1.3 billion they spent in 2013.