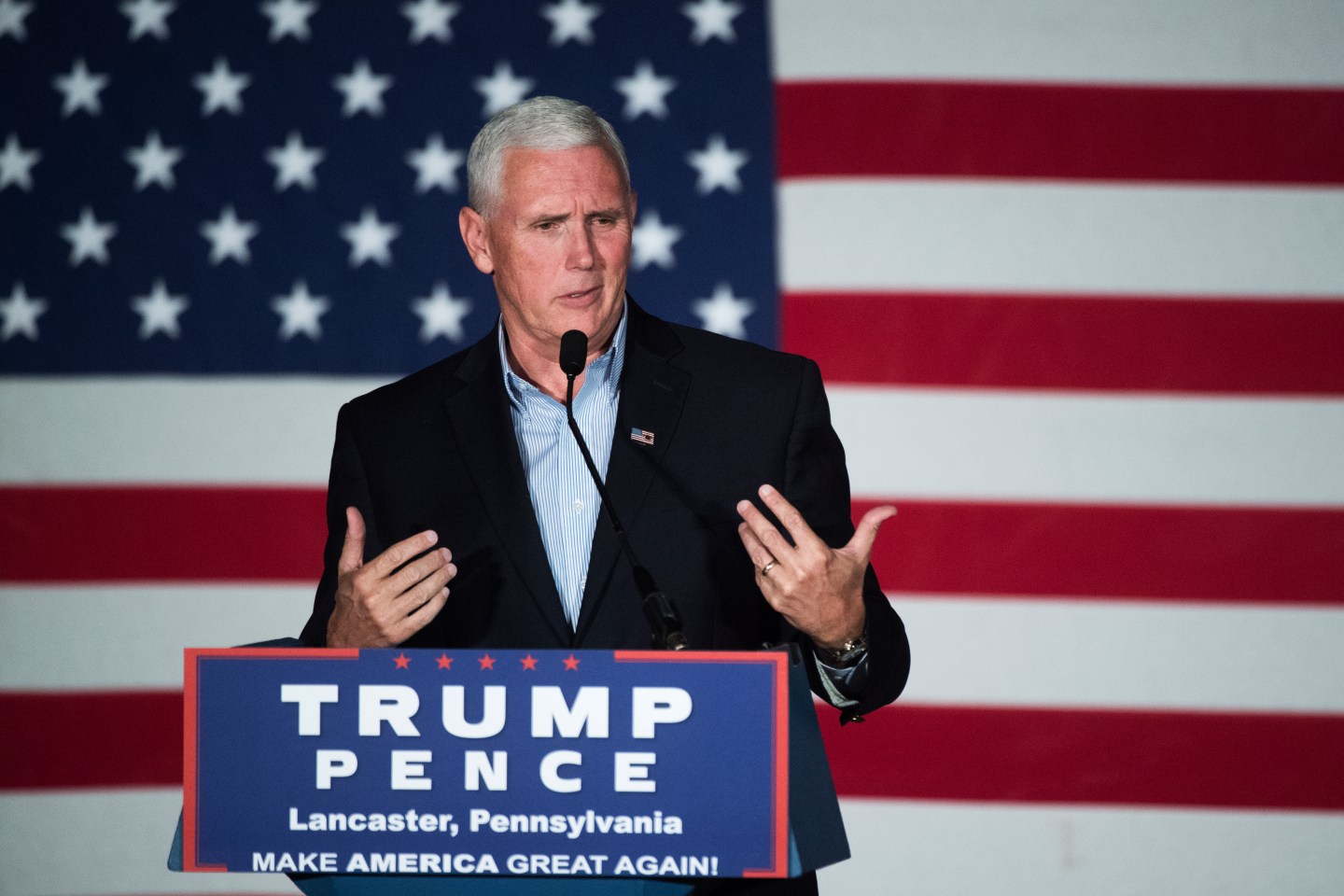 While Donald Trump continues to draw bipartisan criticism for refusing to release his tax returns, his running mate has recently suggested that he may soon release his own.

Mike Pence appeared in an interview on WABC Radio on Saturday morning with Rita Cosby. When the radio host asked him whether we’ll be seeing his and Trump’s tax returns, Pence responded by saying, “I believe we’re completing those forms right now.” Hillary Clinton and Tim Kaine released their most recent tax returns before the weekend, lambasting their Republican opponent for not doing the same.

“When my forms are filed and when my tax returns are released, it’s going to be a quick read,” Pence told Cosby. He then took aim at the Clintons for their financial success. “It is breathtaking to see the way the Clintons throughout the last, you know, quarter century, have pursued a career in public life, but done quite well in private life,” he said. “It makes a lot of her class warfare rhetoric in her speech yesterday in Michigan ring hollow.”

In a February interview with Hugh Hewitt Trump said that he has “no objection to certainly showing tax returns.” A couple of months later as he moved closer towards clinching the GOP nomination, he released a letter from his lawyers stating that his tax filings from 2009 onward are currently being audited by the IRS. He said that he would not release his tax returns until the audit is complete, though he has not offered to disclose any earlier returns.

While Trump isn’t legally required to release his tax returns, every presidential candidate has done so for the past 30 years and he has been condemned by both Democrats and Republicans for breaking from tradition.