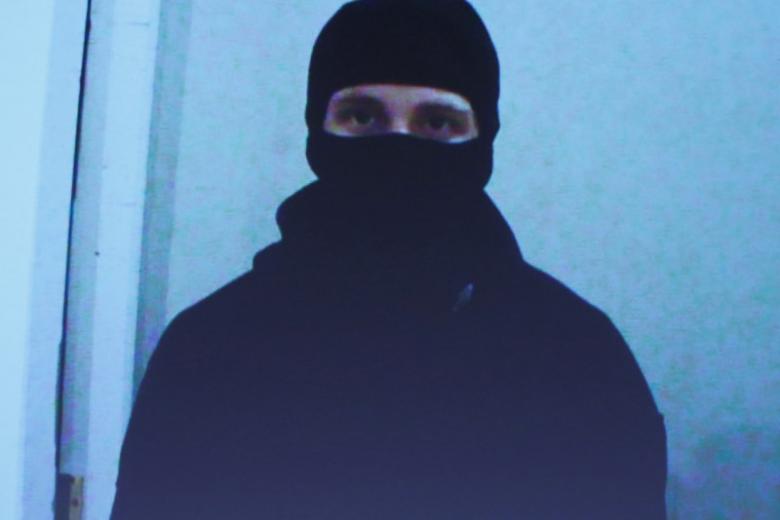 A video of Aaron Driver, a Canadian man killed by police on Wednesday who had indicated he planned to carry out an imminent rush-hour attack on a major Canadian city, is projected on a screen during a news conference at the Royal Canadian Mounted Police (RCMP) headquarters in Ottawa, Ontario, Canada, August 11, 2016. REUTERS/Chris Wattie
CHRIS WATTIE

Days after police foiled what they called a terrorist plot, a Canadian law enforcement body prepared on Saturday to make the case for reopening the federal bomb analysis center, which was shut in April for budget reasons.

The Calgary Police Commission made its case for the Canadian Bomb Data Centre in a resolution at the Canadian Association of Police Governance annual general meeting on Saturday.

The event comes three days after police say an alleged Islamic State supporter detonated an explosive device and was killed in a raid in the province of Ontario.

The resolution, by the police oversight body from the city of Calgary, Alberta, did not mention the Ontario incident. But it said the center had been a valuable tool and was all the more necessary now.

“Terrorism and the threat of terrorism is increasing both domestically and abroad, making it incumbent upon governments and law enforcement agencies to amplify rather than diminish efforts,” read the resolution.

If passed by the association, which comprises municipal police boards and commissions, the resolution is not expected to be binding on the federal police force that ran the center.

It instead “urges the federal government to restore funding that will permit the Canadian Bomb Data Centre to continue its operation.”

According to the Royal Canadian Mounted Police (RCMP) federal agency, the center analyzed bomb data and how to handle explosives and provided assistance and coordination to police forces dealing with the matter.

“Individual police agencies are now responsible for collecting and storing their own data” and do not have the same level of coordination and expertise as before, the resolution read.

Canada recorded a big jump in terrorism offences last year with 173 alleged incidents, up from 76 in 2014, according to July data from Statistics Canada, which cites police information.

In October 2014, a Canadian Muslim convert shot and killed a soldier at Ottawa’s national war memorial before launching an attack on the Canadian Parliament. The same week, another convert ran down two soldiers in Quebec, killing one.

The RCMP did not immediately respond to a request for comment.