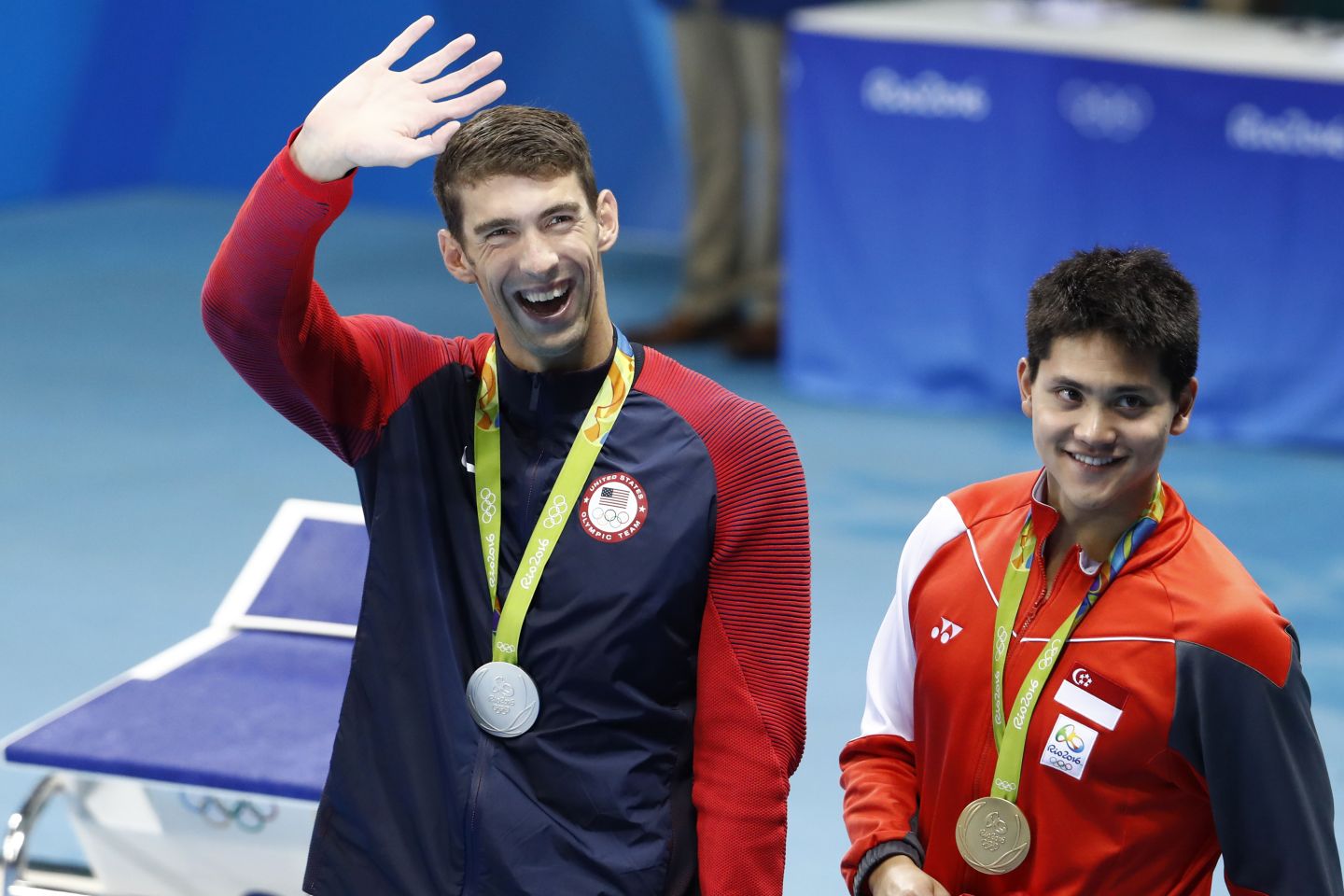 Schooling first met Phelps in 2008 when the Olympic swimmer visited the country club that Schooling trained at, according to The Guardian. After Schooling’s win last night, a picture of the two from back then has been shared and retweeted hundreds of times:

Singapore's Joseph Schooling who took #Gold in the Men's 100m Butterfly. 8 years ago this was him and Michael Phelps pic.twitter.com/U62B65yyNl

Schooling told The Guardian when he first met Phelps that, “everyone just rushed up and was like “it’s Michael Phelps! It’s Michael Phelps!’ and I really wanted a picture … It was very early in the morning and I was so shell shocked, I couldn’t really open my mouth.”

Schooling is still shell-shocked. But now, it’s because he beat the most decorated Olympian of all time.

“Dude this is crazy, out of this world, I don’t know how to feel right now,” Schooling told Phelps after his win, the Guardian reports.

Schooling isn’t the only swimmer at the Rio Oylimpics who has a picture with Phelps. The Guardian reports that Katie Ledecky has one, which was taken when she was nine. Daiya Seto, the 22-year-old from Japan who won bronze in the 400m medley, also has one. Phelps is now racing against and alongside those who he inspired to take up the sport to begin with. And for Phelps, that’s exactly the legacy he wanted to create for himself.