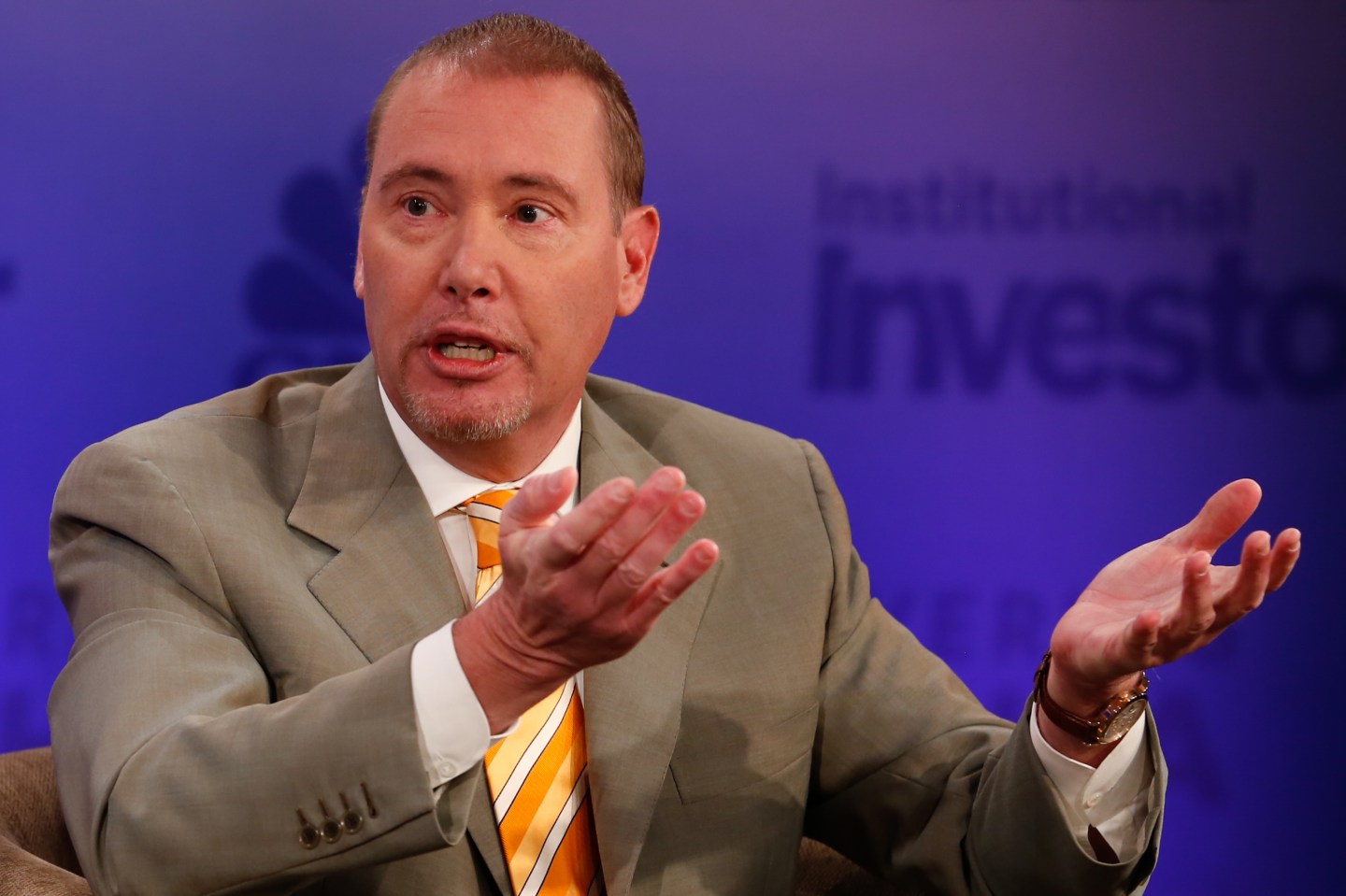 Big-time bond investor Jeff Gundlach has a big prediction for this election season — he thinks that Wikileaks, the controversial organization dedicated to finding and publishing top-secret government information, will release something in the coming months that will derail Hillary Clinton’s presidential bid.

In an interview with business site SNL Financial, the Doubleline Capital founder—often referred to as the “Bond King”— said he thinks that there is still more to come from Wikileaks founder Julian Assange between now and election day:

The centerpiece of my thesis on Trump remains that Hillary Clinton is an incredibly bad candidate. She will have plenty of stumbles in the stretch run and, at the end of the day, WikiLeaks is going to take her down. Julian Assange wants to time the releases of these horrific emails to coincide with maximum damage and I think there is plenty more to come. Say what you want about Trump about his volatility and his inconsistency, Hillary will be deemed to be the unacceptable candidate. All Trump has to do is be as steady as possible and she will fall by the wayside.

Wikileaks has already released some politically damaging e-mails from inside the Democratic National Committee. Some emails showed DNC staffers appearing to favor Clinton over rival Bernie Sanders, which led to the resignation of DNC Chair Debbie Wasserman Schultz. The New York Times reported this week that it is believed the attacks were even wider, hitting other official Democratic organizations—and authorities contend that the Russian government is involved.

For his part, this isn’t the first time Gundlach has predicted a Trump victory. He said at a conference in February that “you need to prepare for a Trump presidency.” When it comes to the world of business, Gundlach isn’t having such a good year, as his funds have offered poor returns so far in 2016. It’s worth noting that despite the latest Wikileaks’ releases, Hillary Clinton enjoys a solid lead in national polls.