Why Alibaba’s Sales Grew Their Fastest Since IPO 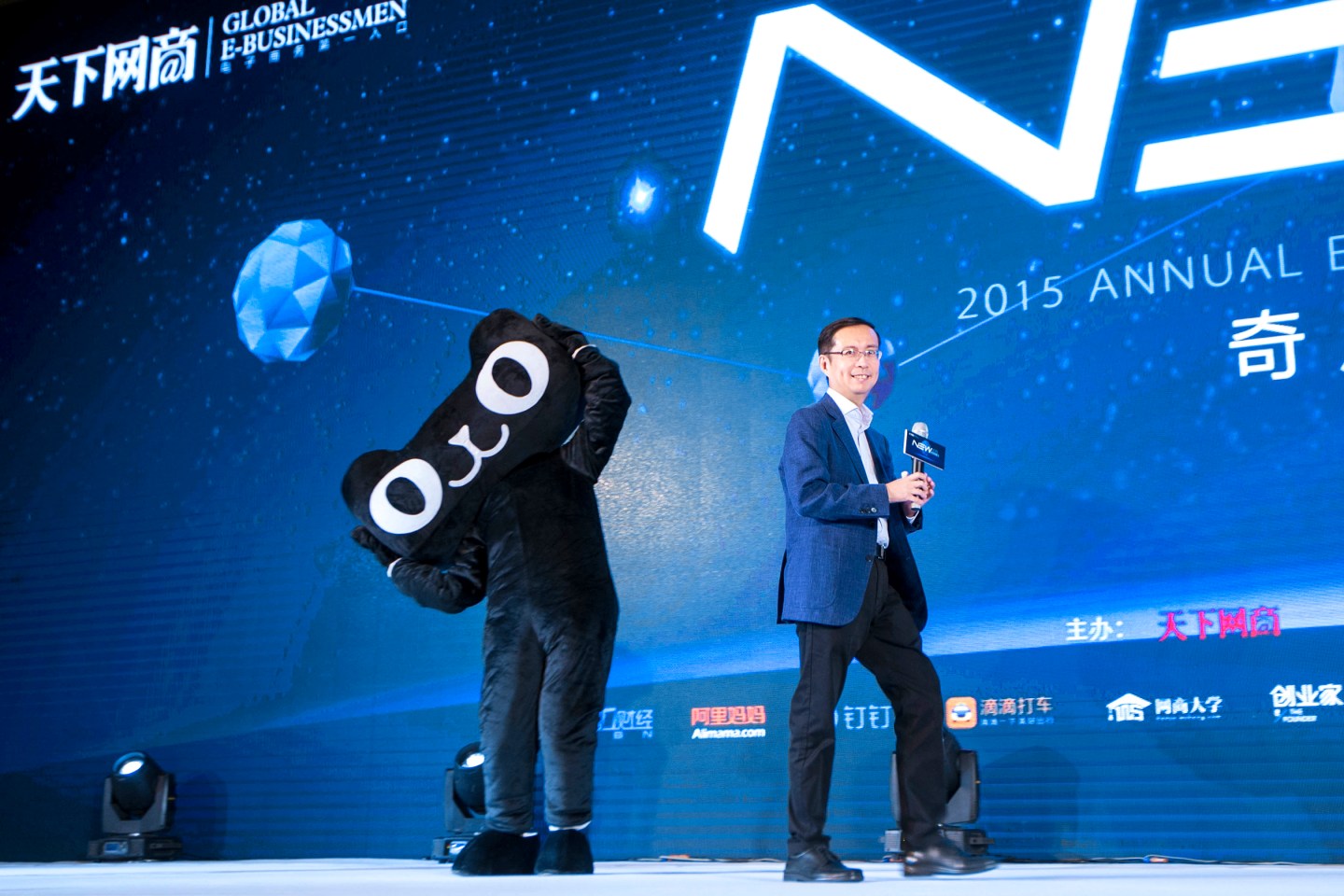 Alibaba’s (BABA) back to the hyper growth rates of its IPO time. Revenue last quarter grew 59% year over year to $4.8 billion, the company said this morning, even as the value of goods it sells on its sites, called gross merchandise value, grew by less than half that figure.

The earnings report was a good one. Alibaba’s shares rose by 4% before the market opened on Thursday, after gaining 2.5% yesterday. After starting the year falling by about one third, Alibaba’s stock is suddenly up almost double digits for the year. The company is certainly shrugging off concerns China’s slowing economy would drag down its growth.

Alibaba started reporting earnings across five categories this quarter, after an S.E.C. probe into Alibaba’s accounting practices came to light this May. Related to the increased scrutiny over its books or not, the new earnings numbers gave a fuller picture of what’s growing under Alibaba’s wide umbrella of investments and divisions that include cloud computing, food-delivery service, and entertainment.

In those divisions there’s screaming growth, but also losses.

Cloud computing revenue grew 156% in the quarter to $187 million. Alibaba, like Amazon, is positioning itself as a logistics and services provider to smaller businesses in China. But it also lost $24 million the quarter.

Likewise, other divisions including digital media, which includes video site Youku Tudou, and “innovation” activities like its partnership on an Internet-enabled car, each recorded losses of more than $100 million during the quarter. Alibaba’s core e-commerce selling platforms made up for the losses; the company said adjusted income hit $2.5 billion in the quarter.

The nagging feeling that Alibaba’s exciting growth days are permanently over didn’t carry into this quarter. Since Alibaba’s IPO in 2014, quarterly revenue growth has trended downward by around one third. To counter the slowdown, Alibaba has expanded in southeast Asian markets, with its investment in southeast Asia selling site Lazada. Like Microsoft and Amazon (AMZN), it has also focused on growing the cloud business.

The report must have relieved traders who freaked out earlier this summer about Alibaba’s prospects.

Investors got a scare in June when venture capitalist Mary Meeker released her closely watched annual Internet Trend 2016 report. In it, Alibaba was portrayed as much less dominant in China than investors had thought, especially in payments, e-commerce market share, and the time Chinese spent using its apps. On the day Meeker’s report was released, Alibaba shares fell more than 6.5%.

But the panic was overdone.

Analysts came out with their own series of data points in the following weeks that proved Alibaba was still dominating its markets as much as before.

In e-commerce, for instance, the gross market value of goods sold on Alibaba’s platforms is greater than five times that of JD.com (JD), argues SunTrust’s Robert Peck, double the figure that Meeker cited, which didn’t include the consumer-to-consumer Taobao site. There was similar pushback, and rectifying, about Alibaba’s scale in mobile payments via Alipay and user engagement. Instead of Tencent’s out the small amounts of money hong bao Chinese send to each other over holidays via Tencent, Alipay’s total payment volume holds a 68% market share to 21% market share lead over Tencent (TCEHY) online payment system being 5.5 times larger than Alibaba’s, if you strip.

Since the Meeker report was issued on June 1, traders have come back to Alibaba. Shares have climbed from around $76 to $87 on Wednesday.

Alibaba is still dealing with an SEC investigation into its accounting practices on top of other challenges like a fiery competitor in JD.com.

JD has spent hundreds of million on building its own warehouses and delivery system, similar to Amazon. It has yet to post a profit since going public. But its investments are being noticed. Someone in Beijing told me recently how delighted she was that a package came quickly from JD.com; on Alibaba’s Taobao, she was used to waiting days. Same- and next-day delivery are common from JD.com’s warehouses; delivery from Alibaba’s platforms can often take three or four days as packages are shipped by small merchants via more than a dozen delivery companies.

On Wednesday, JD.com announced its quarterly results a day before Alibaba. Revenues rose 42% to $9.8 billion in the quarter, while net losses hit $20 million. The stock jumped 5% yesterday on the news.

After Alibaba’s positive report, China’s e-commerce market is looking as healthy as it’s been.