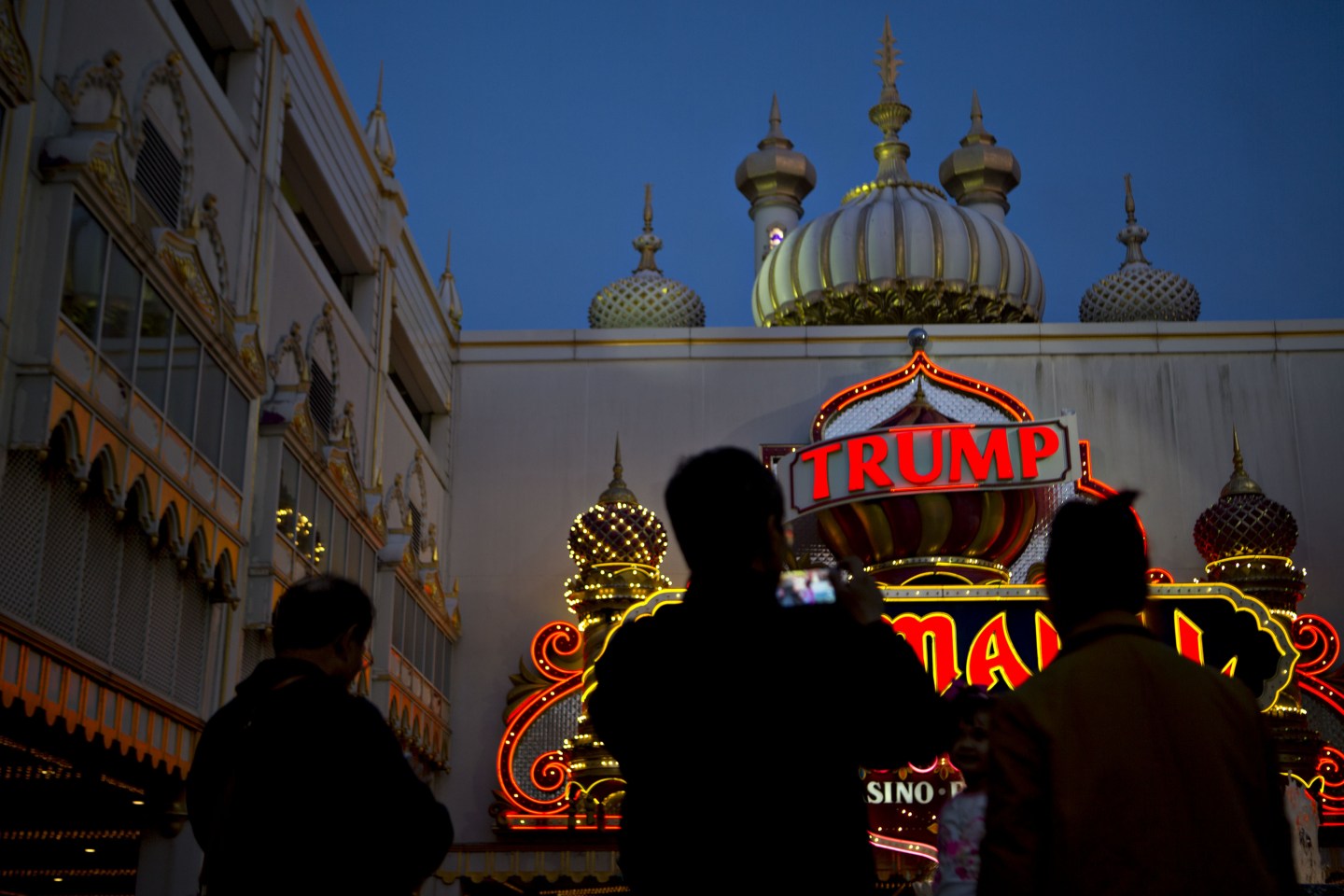 The silhouettes of visitors are seen outside the Trump Taj Mahal casino and hotel, owned by Trump Entertainment Resorts Inc., in Atlantic City, New Jersey, U.S., on Sunday, May 8, 2016. Trump, after becoming the presumptive Republican nominee at least a month earlier than even he expected, hes being hammered by Democrats and denied the welcome mat from his own party.
Photograph by Andrew Harrer — Bloomberg via Getty Images

A federal appeals court on Tuesday said New Jersey could not enforce a 2014 law permitting wagering on sports, a decision that could end a years-long effort to allow such betting in the state.

By a 10-2 vote, the 3rd U.S. Circuit Court of Appeals in Philadelphia said the New Jersey law conflicted with a federal law limiting sports betting to a handful of states, including wagering in Nevada and lotteries in Delaware and Oregon.

“We acknowledge the 2014 (New Jersey) law’s salutary purpose in attempting to legalize sports gambling to revive its troubled casino and racetrack industries,” she acknowledged.

The law had been New Jersey’s latest effort to institute sports gambling, after voters amended the state’s constitution in 2011 to permit it.