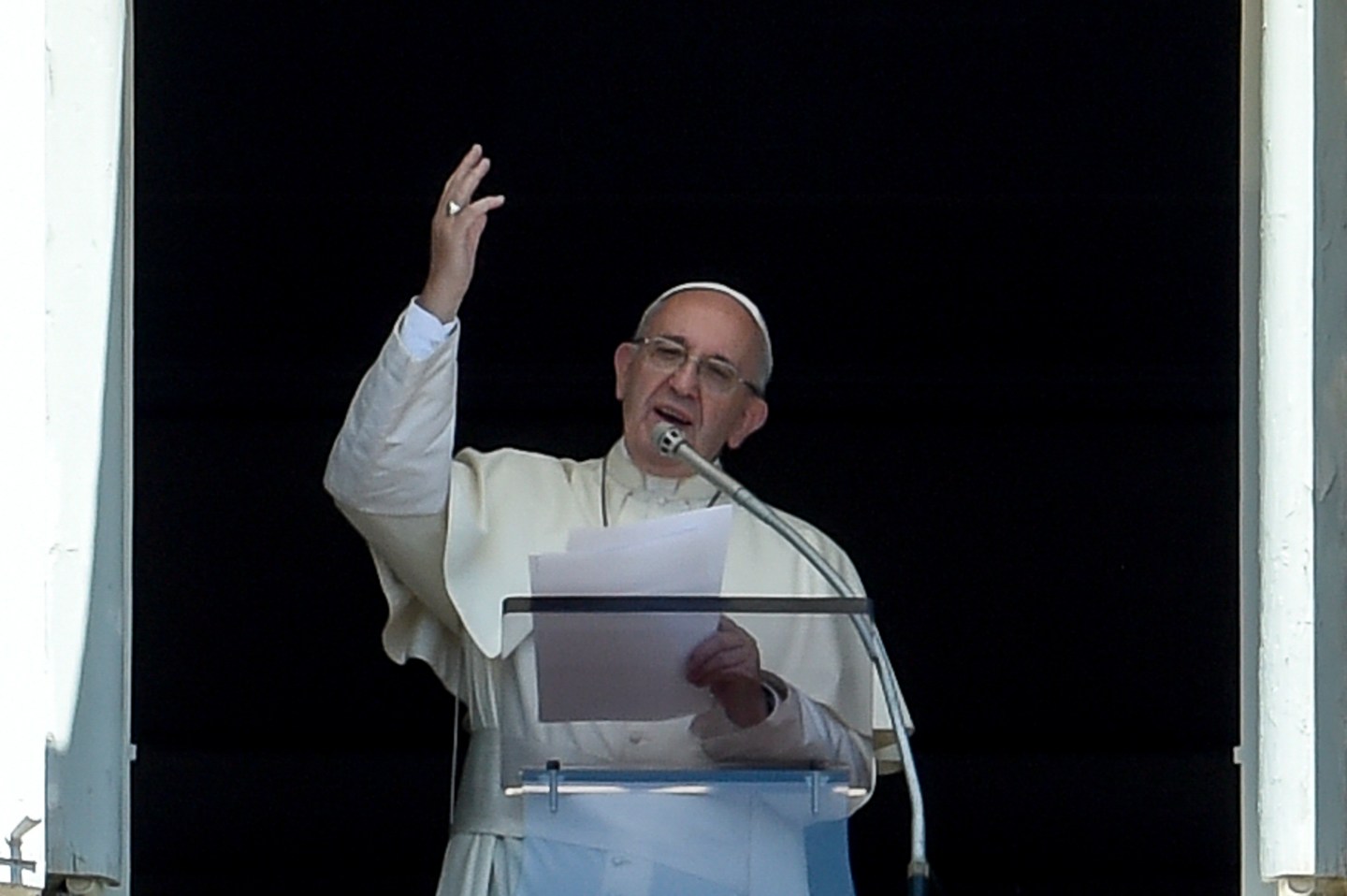 Pope Francis addresses the crowd from the window of the apostolic palace overlooking St Peter's square during his Angelus prayer, in the Vatican City, on August 7, 2016.
Photograph by Andreas Solaro — AFP/Getty Images

Addressing a crowd in St. Peter’s Square after the traditional Angelus prayer, the pontiff addressed the battles that have broken out in the northern city of Aleppo between rebels and supporters of Syrian President Bashar Assad’s government. Opposition forces were reported on Saturday to have breached the government siege on rebel-held neighborhoods in Aleppo, where the United Nations said some 300,000 people were trapped.

“It’s unacceptable that so many helpless — including many children — must pay the price of the conflict, the price of closed hearts and the lack of desire for peace by the powerful,” Francis said, according to the Associated Press.

In May, he condemned the fighting in Aleppo after airstrikes killed scores of people, including children.