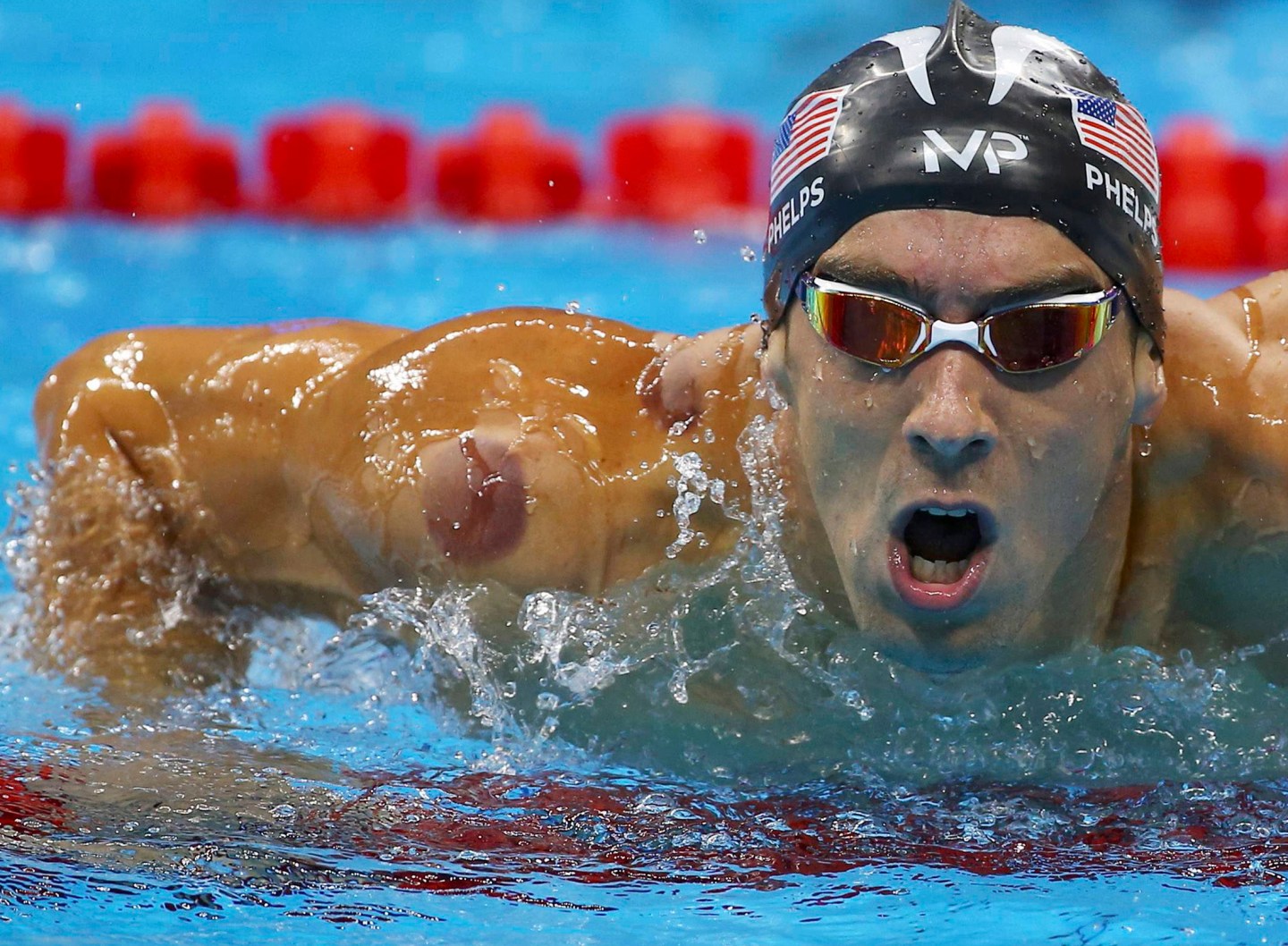 Michael Phelps of the US is seen with a red cupping mark on his shoulder as he competes in the Men's 4 x 100m Freestyle Relay Final at the 2016 Rio Olympics in Rio de Janeiro, Brazil August 7, 2016. . REUTERS/Dominic Ebenbichler/File Photo FOR EDITORIAL USE ONLY. NOT FOR SALE FOR MARKETING OR ADVERTISING CAMPAIGNS - RTSLTVJ
Michael Dalder — Reuters

The swimming competition at yesterday’s Olympic games was full of indelible visuals: Katie Ledecky crushing her own world record in the 400-meter freestyle, 21-year-old Ryan Held crying on the podium after his team’s victory in the men’s 4×100-meter, and Michael Phelps’ shoulders, which were dotted with large, wine-colored circles.

All three made headlines. In an instant, cupping — a therapy believed to help with circulation, in which heated cups are placed on the skin creating a suction, hence the circular bruises — was back in the spotlight.

Does phelps have those circle bruises from cupping massages or are they marks showing he's an alien fish in disguise… makes u think.

And it’s not just Phelps. This year’s Olympic games is shaping up to be one big cupping club, with swimmer Pavel Sankovich and U.S. gymnast Alexander Naddour — who told USA Today the therapy is “better than any money I’ve spent on anything else” — also competing with visible, bruise-colored disks. Cupping is having its own golden moment.

“I’ve already gotten emails from a bunch of people saying, oh I need to make an appointment, I saw cupping last night,” says Erika Weber, a licensed acupuncturist and the owner of the New York City-based 16th Street Acupuncture. This includes clients who weren’t previously aware of the practice, or who viewed it as an obscure curiosity. Thanks to Phelps, “they aren’t as afraid.”

Weber says she recommends the therapy for anyone with muscle pain, general soreness or an upper respiratory infection (to help clear out excessive mucus). The idea is that by drawing blood to the surface of the skin, fluid can flow through the muscle layer, increasing circulation and reducing tightness. While a few studies have indicated that cupping may reduce pain and increase well being, as The New York Times notes there’s scant research to determine whether it’s anything more than a placebo effect. Weber is unfazed by the lack of scientific backing — clients who have received the treatment report results and that’s proof enough, she says.

This isn’t cupping’s first introduction to the general public. Back in 2004, Gwyneth Paltrow made waves when she flaunted dark, circles on the red carpet. Since then, via her lifestyle blog Goop, she’s been a vocal proponent, and celebrities from Jennifer Aniston to Justin Bieber have been photographed with the therapy’s distinctive marks.

But Phelps public display, at one of the world’s largest sporting events, feels different, says Weber. Gwyneth Paltrow is an actress but she’s also known for doing “a lot of weird things with her diet.” Elite athletes, though? They’re all about performance, and if cupping works for them Weber is betting her clients will be, at the very least, intrigued enough to try it.